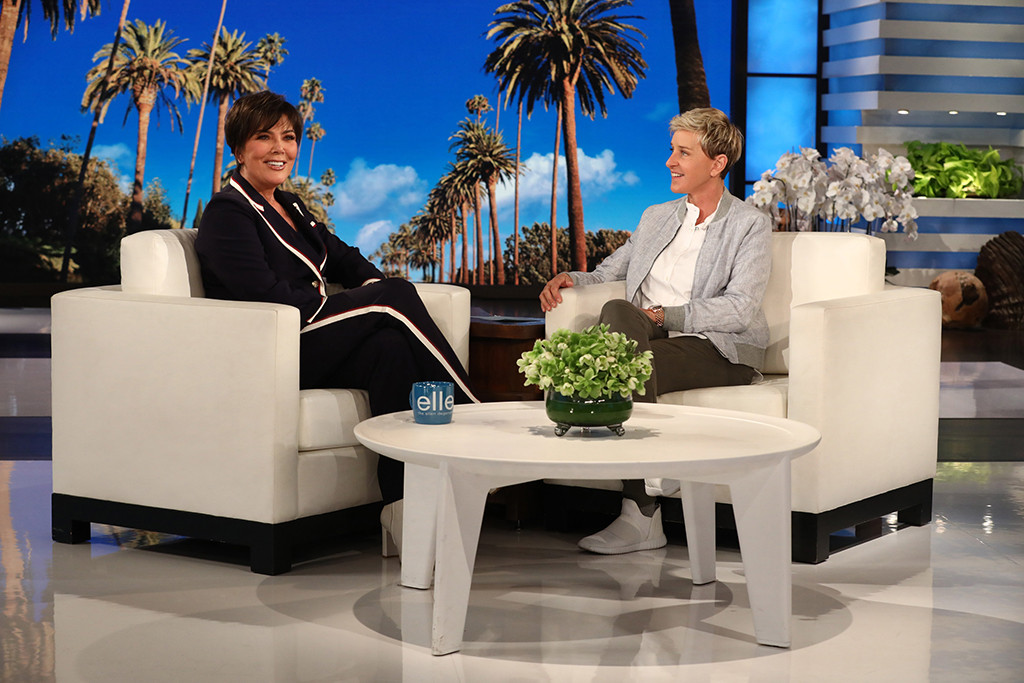 Kris Jenner is one proud mama.

Just weeks after Khloe Kardashian gave birth to True Thompson, the momager appeared on The Ellen DeGeneres Show and opened up about her daughter’s first few weeks of motherhood.

“Khloe is amazing,” Kris told Ellen DeGeneres in a sneak peek of Friday’s episode. “I’m so proud of that kid. I get choked up because she’s such a good mom. Honestly, it gets so emotional. I was in Cleveland last week, and it was snowing and she was all nestled in the nursery and [with] the baby.”

The birth took place just days after multiple reports accused the child’s father, Tristan Thompson, of cheating on Khloe while she was pregnant. However, Kris told DeGeneres the new mom is focusing on her daughter rather than the allegations.

“She’s just concentrating on that—just being a mom, her baby,” Kris said. “And I think that’s what her sisters are doing, as well.”

Still, Kris and her family members, including Kim Kardashian and Kourtney Kardashian, rallied around Khloe when news of the scandal broke and were there for the birth of her little one.

“I think we do what we always do and that’s spring into action with love,” she said. “We all hopped on a plane and flew to Cleveland because that’s what we know to do. I’m there to support my kids no matter what happens, and I just do the best I can, just like anybody else would for their family. There’s a lot of us. We all get together and we do things together and we’re a force to be reckoned with.”

In fact, Kris said Khloe gave birth within “hours” of her family members arriving. It’s a good thing Kris made it in time, too—especially because she had the doctor and nurse practitioner on the plane, and they were told Khloe had already received her epidural.

“Like you said, you can’t write this stuff,” Kris said.

Kris isn’t the only family member to weigh in on the cheating allegations. Last week, Kim appeared on The Ellen DeGeneres Show and told the host “it’s just so ‘f–ked up.”

However, it seems like Khloe feels conflicted about her future with Tristan.

“Khloe is taking it one day at a time with Tristan. She is glad he is helping her out with True, but she has also been spending a lot of alone time reflecting,” an insider told E! News. “They don’t speak much about the situation, and Khloe feels like she is living in her own personal hell. The only thing keeping her happy right now is True and the support from her family. Everyone is ready for her to come home and thinks it will give her more peace. Tristan has desperately been trying to keep Khloe happy and make their relationship work, but she thinks it’s too far done.”