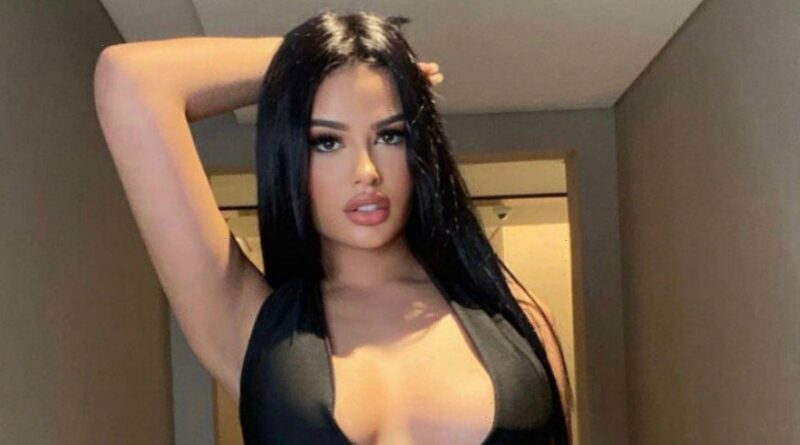 A Kylie Jenner lookalike revealed the simple way she managed to achieve a Kardashian-style booty – and she said it's helped to boost her sex life.

Julia Medeiros, 22, who lives in London but is originally from Brazil, has been dubbed the "Brazilian Kylie Jenner" due to her silky dark locks and plump pout.

At 5ft6, Julia is just an inch taller than Kylie – and the likeness between the pair is uncanny.

As well as looking like a sixth sister, she also has a peachy booty to match, much like the Kardashians.

It's been rumoured for many years that the famous family have gone under the knife to enhance their bottoms – with sister Kim Kardashian, 41, famously undergoing a "butt X-ray" to let it be known she didn't have implants.

Even though many people speculate about the family's love for plastic surgery enhancements, Julia said she uses a much simpler method to achieve a pert booty.

She simply ditched her knickers two years ago, which apparently enables the real shape of her butt to be enhanced when she wears figure-hugging dresses.

Julia, who has 14,000 followers on Instagram, said: "I feel like my butt has gotten lighter and has increased in size.

"When I stopped wearing panties, I gained a contour of my body.

"My underwear prevented me from showing my real size."

Going commando has also enhanced Julia's sex life, as she said her libido had a boost as a result.

She said she feels more comfortable in every day life, and she supports the "no-panties movement" on social media.

Julia previously made the news due to her likeness to the youngest Kardashian-Jenner sister, Kylie.

Even so, it took her a while to realise there was a resemblance between herself and one of the most famous people in the world.

Julia added: "I think it's funny, because a lot of people around here [London] think I look like her.

"It was only since I moved to the UK four years ago that I started to get told it.

"I think in Brazil there's a similar kind of look, so people don't point it out."