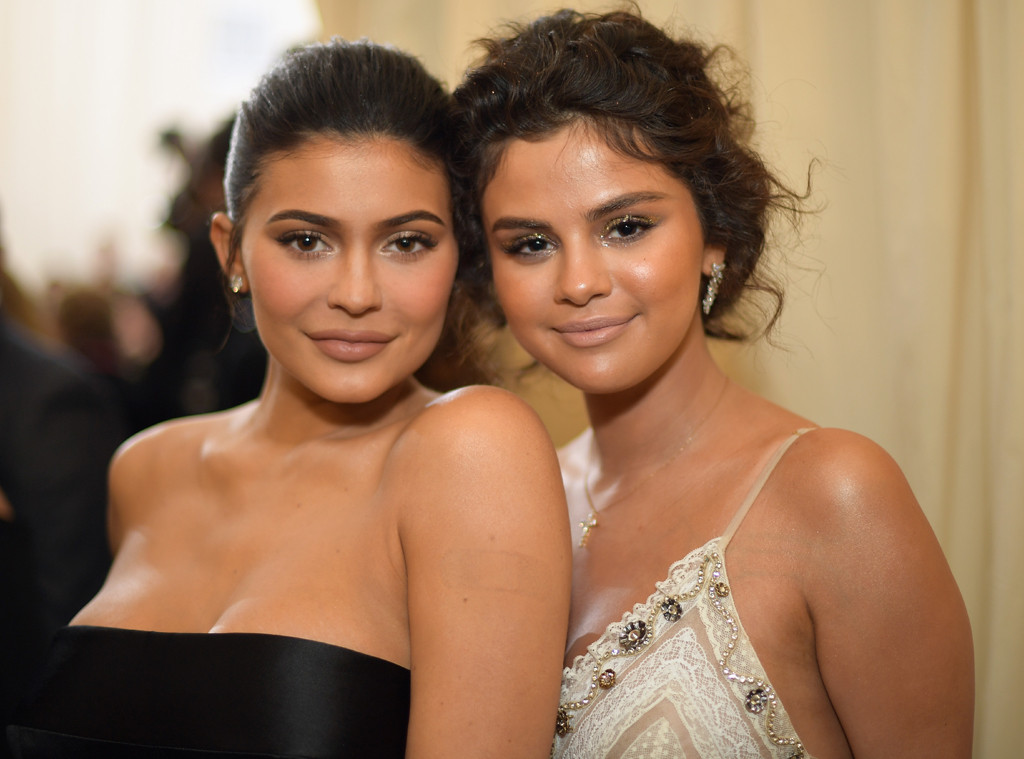 When it comes to red carpets, fashion lovers really don’t miss a thing.

During the 2018 Met Gala, Kylie Jenner turned heads in her black mermaid-inspired gown by Alexander Wang as she ascended the Metropolitan Museum of Art’s staircase.

But after posing for photos with Travis Scott, the Keeping Up With the Kardashians met up with Selena Gomez where she showed off an unexpected accessory.

In a photo going viral, social media users can’t help but spot a band-aid on her left arm.

While we don’t know the reason behind this boo-boo, the residue is hard to spot at first glance. Besides, we also have those angular sunglasses, clicked back bun and jewelry to admire and focus on.

We’re told the duo briefly spent time at Gigi Hadid‘s apartment before arriving at the Metropolitan Museum of Art. Kim Kardashian, Kendall Jenner, Corey Gamble and Kris Jenner were also in attendance for the big event.

Red carpets aside, Kylie continues to focus on her cosmetics line while also savoring mommy time with baby Stormi Webster. And yes, her relationship with Travis has only gotten stronger in recent months partly because of their new family member.

“Kylie Jenner and Travis Scott are currently in the best place they have ever been in their relationship,” a source previously shared with E! News. “Things really came full circle once Stormi was born and they now have an unbreakable bond. Travis has been fully accepted into the family and everyone is in love with their little family they created.”