Matters of the heart are very fickle. 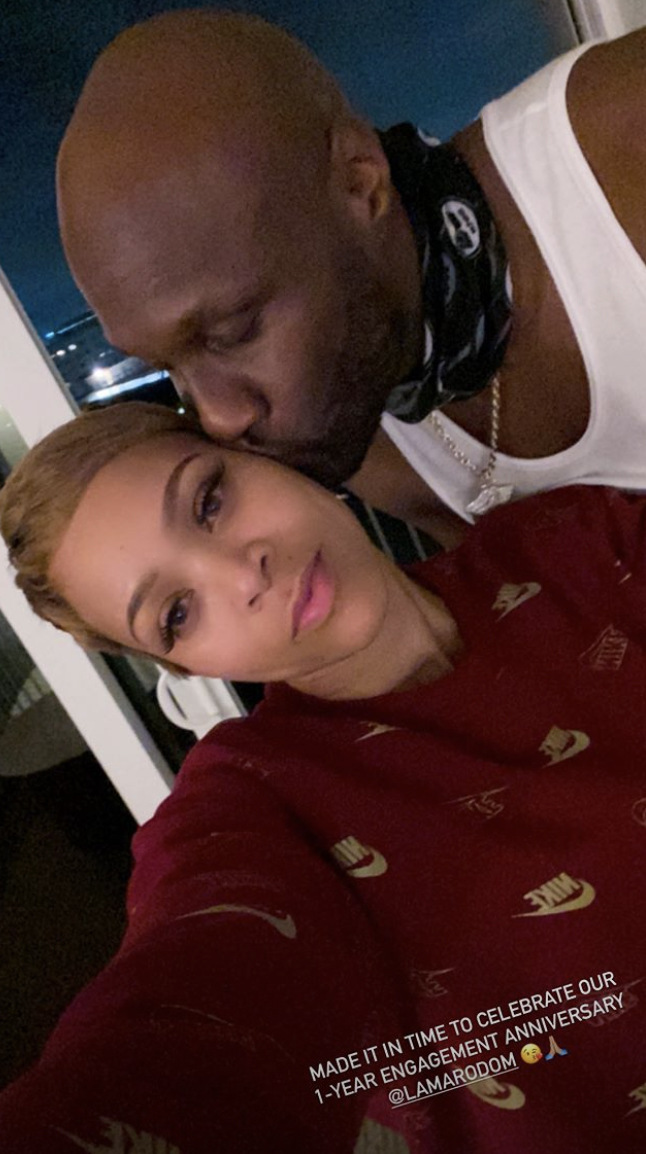 At least that seems to be the case with Lamar Odom and Sabrina Parr. About a week after the fitness trainer announced that she and Odom, 40, broke up, the two reunited for a trip to celebrate the one-year anniversary of getting engaged.

Parr, 33, posted a selfie on her Instagram Story of the former Dallas Mavericks player kissing her on the cheek and wrote, “Made it in time to celebrate our 1-year engagement anniversary @lamarodom [kiss emoji, prayer hands emoji]. He reshared the image on his account.

Last week, Parr said some of Odom’s personal struggles caused her to end the engagement.

“This has been a difficult decision for me to make but it is the best for myself and my children,” she wrote. “Lamar has some things that he alone has to work through.”

Odom, who was married to Khloé Kardashian from 2009 to 2016, announced his engagement to Parr last November. Over the summer, the pair revealed they planned to marry in November 2021.