“Kobe was my teammate on the Lakers and we were more than just teammates, we were like brothers,” the Darkness to Light author, 42, said during a confessional interview on the Saturday, February 19, episode of Celebrity Big Brother. “I haven’t really thought about how much I looked up to him but now that he’s not here, I really realize it. That day [when I learned about his death], it just sticks in my memory forever.”

Odom also shared his fond memories of meeting and working the late Pennsylvania native with several of his fellow houseguests. 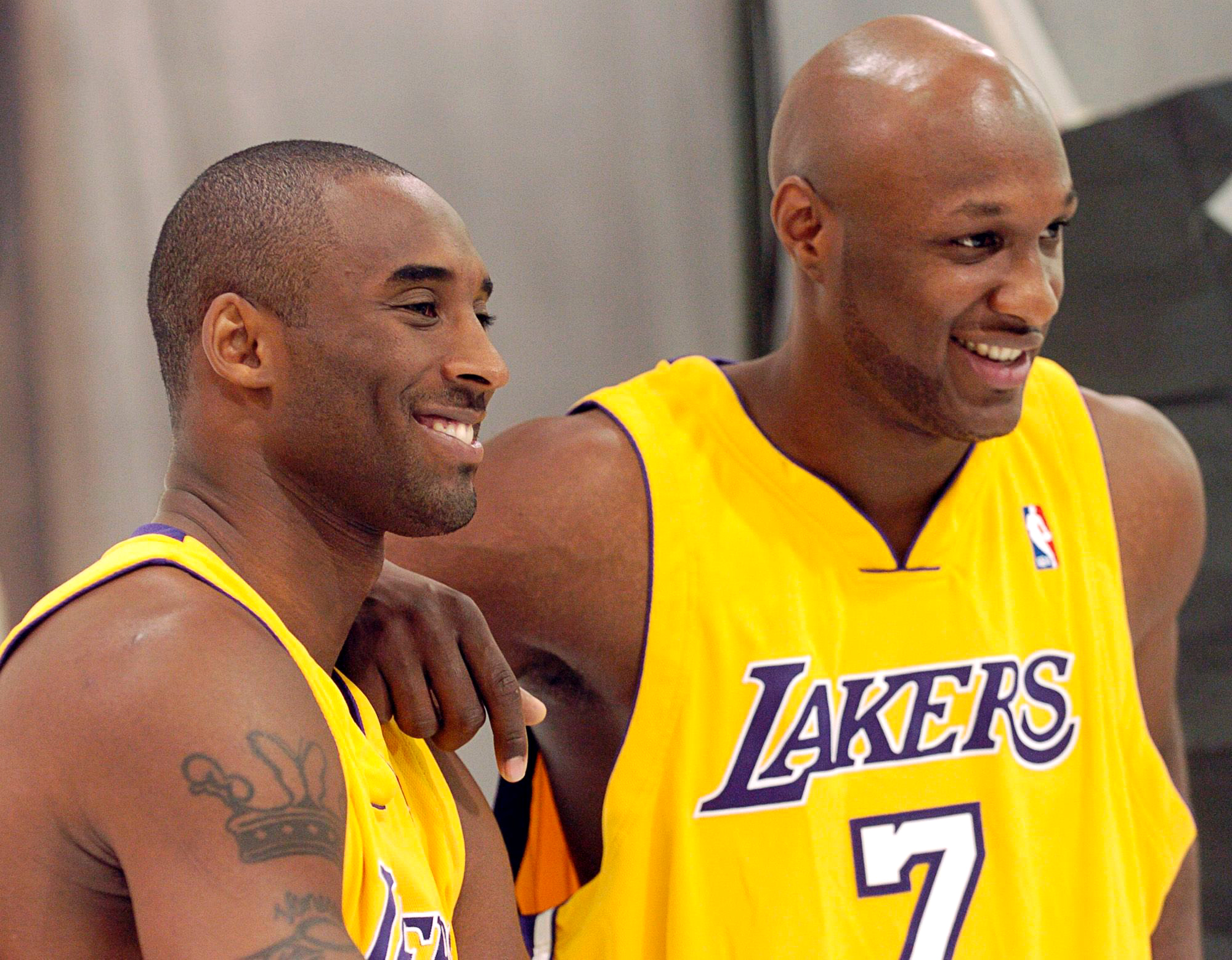 “I had a Kobe chain that was supposed to be sent to me,” the Khloé and Lamar alum told Cynthia Bailey, Shanna Moakler and Todrick Hall on the CBS reality TV show. “[He was] outspoken. He gonna speak his mind. He’s always been about business. [I remember] we’re going to this basketball camp, he walks into the basketball camp [and] he’s got a briefcase. … You would see it in his face. He would play injured, sick, he never missed no games.”

He continued: “When he’s your teammate and becomes your brother, you feed off that. You want to try and reach that or at least be great at something.”

The New York native noted that the duo initially met back when he was 15 years old and he continued looking up to Bryant through the years.

“You know, when I heard [about] the helicopter crash, I said, ‘He alright,’ [because nothing could break him], but that wasn’t the case,” Odom added. “His will was, like, y’all wouldn’t even believe it.”

The Oscar winner died in January 2020 at age 41 after a fatal helicopter crash in Calabasas, California. Bryant was one of nine victims on board, including his daughter Gianna “Gigi”. (He also shared Natalia, 19, Bianka, 5, and Capri, 2, with wife Vanessa Bryant.)

“It felt like a dark cloud just came over the city,” the Meet the Barkers alum, 46, recalled during Saturday’s episode.

Shortly after Kobe’s death, Odom shared a heartfelt tribute to his former teammate.

“He taught me so many things in life that were necessary on and off the court. On the court, he taught me how to carve out defenses and how to take my time. How to make winning my ultimate goal,” the Dancing With the Stars alum wrote via Instagram at the time. “Off the court, he taught me to sign my own checks lol. Of course anyone who knows my story knows I’ve suffered a lot of loss but the only loss I can compare this to is when I lost my son. Even though our relationship wasn’t father/son, it was more like him being a teacher and me being his brother.”

He added: “I’m glad I got to be the ying to your yang as far as the locker room was concerned. It was my pleasure. I couldn’t even catch my breath today when I heard this news. … No way God took my brother this early.”