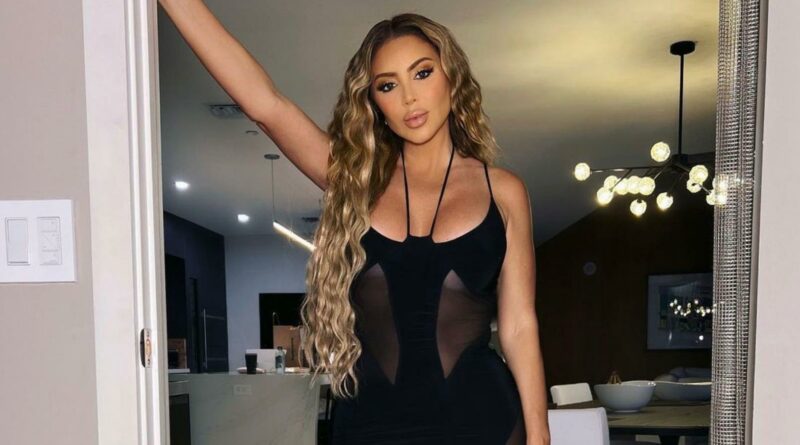 Assyrian-American socialite and TV personality Larsa Pippen who was also married to former NBA player Scottie Pippen for 21 years before filing for divorce in 2018 has her new home base in Miami and has learned she’s scored a brand new penthouse.

Larsa Pippen scooped up the condo earlier this year for $3.375 million, and it’s a steal at that price seeing as how it was on the market for $3.9 million.

The 4 bedroom, 5 bathroom pad is full of luxury — the building comes with 5 pools (1 pool is so passe), a game room, boxing studio, fitness center and even a recording studio.

It also has floor-to-ceiling windows and great lighting for all those IG selfies Larsa definitely takes.

Larsa had been, until recently, renting in Cali after selling her Fort Lauderdale mansion last September for $10.5 million.

Now, she’s back in South Florida, with a brand new place to call home.

Seth Semilof and Kamal Hotchandani of HL Real Estate Group repped Larsa in the purchase. Seth tells us Larsa got an amazing deal on the pad paying under $1k per sq. foot is very low for a MIA penthouse.

Larsa Pippen, ex-wife of Chicago Bulls legend Scottie Pippen, has also been spending time with Michael Jordan’s son, Marcus Jordan but she went on her East End tour with broker Shawn Elliott of Nest Seekers International, according to the Newyork Post.

“All of my friends have homes here and I thought it would be a nice summer getaway,” Pippen told Gimme Shelter. “The community is amazing, and I love that it is so close to the city. It’s super fun, with all the shopping and restaurants, and you can have a little bit of everything here.”

After stopping off for lunch at Sant Ambroeus in Southampton — “I love that place,” she said — one of the homes she eyed was an off-market manse in Water Mill. The nine-bedroom beach mansion, at 439 Cobb Road, was last on the market for almost $19 million with a different brokerage.

At 12,500 square feet, the residence, built in 2018, features a chef’s kitchen, four fireplaces, a home theater, a wine cellar, a library and a gym. The classic, gated home sits on 2 acres, and comes with a pool, a pool house and a tennis court.

“She loved filming in the Hamptons last summer and is interested in buying her own house here. She especially loves the way every hamlet is different, with its own personality,” Elliott said.

Florida had been her home base until she sold her Fort Lauderdale mansion last fall for $10.5 million and moved to California.

Pippen adds that, for now, she plans to continue her house hunt in the Hamptons, not the city.

“I like the Hamptons more than the city. It’s a better fit. It’s also not just for the summer anymore. A lot of my friends are spending more and more time there, including over the holidays.”