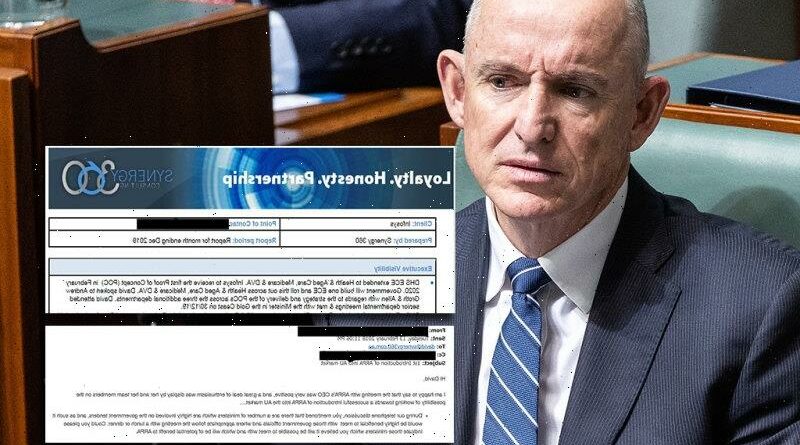 The files detail several meetings between Robert, as a minister, and Synergy 360, a firm whose shareholders are his close friends, consultant David Milo and political fundraiser John Margerison. 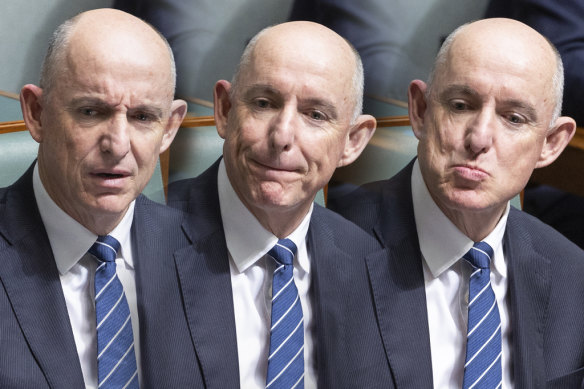 A new tranche of leaked files shows that Robert kept in regular contact with Milo and Synergy 360, as well as its clients, after he was appointed assistant treasurer in August 2018 and then minister for the NDIS and government services on May 29, 2019.

The files also reveal the political access that Synergy 360 offered its clients, with an email from a Synergy 360 executive stating that a new potential client from Spain needed to make “some form of payment upfront ie. retainer, $100K etc before any meeting with ministers etc is confirmed”.

In an email, a representative of the Spanish multinational wrote to Synergy 360 and described how Milo had told him “during our telephone discussion” about “a number of ministers which are highly involved on the government tenders, and as such it would be highly beneficial to meet with those government officials and where appropriate follow the meeting with a lunch or dinner”. It is unclear if the Spanish firm ever hired Synergy 360.

But the files show how Milo repeatedly provided access to Robert in 2019 for one of Synergy’s key long-term clients, Indian multinational Infosys.

As the minister responsible for government services, Robert announced in November 2019 that Infosys had won a multimillion-dollar open tender to deliver welfare calculation technology to Centrelink, known as the Entitlement Calculation Engine (ECE).

The contract to build ECE was one of the most valuable deals in the public sector at the time Infosys beat IBM and Accenture to a deal that promised to update the system that pays income support to about six million Australians.

Over the following years, Infosys won ECE contracts worth more than $135 million as it also sought to win other contracts from Services Australia and other government departments.

The files show that in June, November and December, Infosys had paid Synergy 360 to have meetings with the Gold Coast MP-turned-minister. 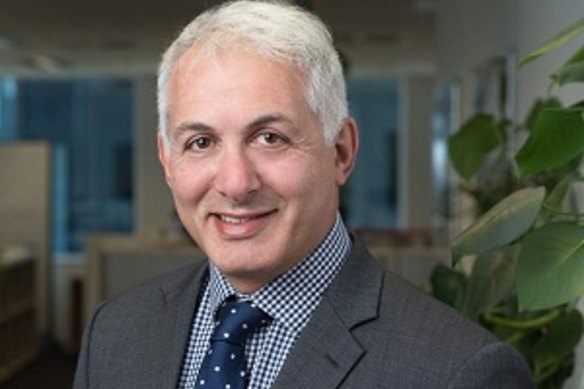 A leaked memo from December 2019, Synergy 360’s chief executive Milo describes having “provided feedback from the minister” to Infosys about the ECE as well as the possibility the federal government would extend the ECE technology across multiple departments.

Infosys struggled to deliver results within months of winning the ECE deal, leading to concerns within Services Australia that were reflected in monthly departmental status reports to Robert.

This masthead revealed last week how leaked files indicated that Robert might have been advising Synergy 360 in 2017 and 2018 as a backbench MP.

When Robert was reappointed as a minister in August 2018, he became subject to a ministerial code of conduct that carried the ultimate sanction of removing him from office if he failed to disclose a conflict of interest, such as using a minister’s position to promote a friend’s business.

Robert, who was meeting the firm’s clients and referring it new clients, denied he was providing advice and defended his conduct on the basis that he was a backbencher meeting “stakeholders and constituents”.

Milo last week denied that Robert has provided his business with advice and, after acknowledging the pair’s friendship, refused to answer questions and hung up the phone.

Synergy 360 is also not on the federal lobbyist register. Milo has said there was “no substance” to reports characterising Synergy 360 as a lobbying firm.

The internal Synergy 360 files created between 2018 and 2020 show Infosys agreed to pay Synergy a $15,000 monthly retainer and at least a 1 per cent cut of every government contract it won. 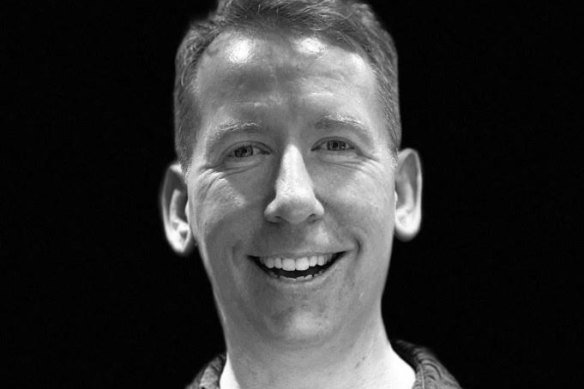 Synergy 360 first pitched to Infosys in April 2018 that if it was placed on a retainer, it could provide “government and minister level liaison advice” and “establishment of meetings with relevant departments and government representatives”.

By September that year, Synergy 360 was providing “full-time” bid support to Infosys as it sought to win the ECE contract and other government projects.

Documents from May and June 2019 state Synergy 360 had organised a meeting with the “minister” and on the “Gold Coast” to “discuss Infosys capability across whole of government”.

The meeting with the “minister” is then listed as being “scheduled” for June 26, 2019, in Sydney.

On that day, Robert was giving a speech at a Sydney conference.

The same document describes Infosys as having already “won” the ECE contract, that “Infosys and DHS [Department of Human Services] are currently in contract negotiations” and that Infosys was also pursuing other government contract opportunities.

An October-November Synergy 360 report that describes the assistance Milo is providing to Infosys lists a “minister meeting scheduled for [two Infosys executives] in Sydney” on November 19, 2019.

Robert was in Sydney at the time to give a speech on November 20 at an NDIS conference.

On November 29, Robert announced that Infosys had won the ECE deal.

A Synergy 360 report on its activities on behalf of Infosys that December details a government plan to extend the ECE technology across other government departments and states that Milo has “spoken to [Infosys senior executives] with regards to the strategy and delivery of the [proofs of concept] across the three additional departments”.

The report describes how Milo “attended senior departmental meetings and met with the minister in the Gold Coast on 30/12/19”, an apparent reference to a meeting with Robert.

The report also states that Milo “provided feedback from the minister to [Infosys executives] with regards to how ECE Phase 1 … was tracking”.

Robert denied helping or advising Infosys or other companies when this masthead asked him last week about his contact with Milo and his previous commercial ties to Margerison.

Asked if he helped Synergy 360 and its clients get contracts in the federal government, Robert said: “Of course not. What a load of rubbish. There’s no way a minister could do it. It’s just nonsense.”

Asked if he had helped Infosys, he said last week: “Of course not. Why would I care about them?”

Robert said there was nothing a minister could do to help someone gain a contract.

“We’ll meet them, we’ll outline the government’s agenda and then out they go,” he said of meetings with companies. “Then it’s up to the department.”

Robert’s spokesperson said on Wednesday: “At no stage has Mr Robert breached probity requirements or the Ministerial Code of Conduct.”

The code warns ministers to be careful when helping individuals who sought to influence the government.

The code said: “Ministers will be approached by individuals and organisations, acting on their own behalf or on behalf of others, whose purpose is to seek to influence (lobby) government on a variety of issues. Ministers should ensure that dealings with lobbyists are conducted consistently with the Lobbying Code of Conduct, so that they do not give rise to a conflict between public duty and private interest.”

The files also detail how Milo was seeking to organise meetings between a number of other clients and Robert while he was a minister in 2019.

The files show that other companies paying Synergy 360 also had meetings with Robert that were organised by Milo.

An October 2019 internal Synergy 360 report states that Milo had “confirmed … meeting with Minister Roberts and Minister Dutton in Canberra” for Unisys.

The files show that Milo also arranged meetings with his clients, companies Delv and Salesforce, to meet with a “minister” on June 11-12, 2019, in Sydney. It is not clear which minister the notes refer to but, on June 13 Robert gave a speech in Sydney.

A February 2020 report reveals that Synergy 360 was making lucrative fees for its work. Infosys paid the company more than $480,000 over several months in the second half of 2019.