Yes, some women have always enjoyed sexual domination, but you’d have to be a worryingly kinky female to enjoy rape and murder, says LIBBY PURVES

Never one to shy away from controversy, Germaine Greer this week claimed that it’s women, not men, are fuelling an appetite for scenes of rape and murder of women on TV.

‘Female victimisation sells. What should disturb us is that it sells to women,’ said the 79-year-old author of The Female Eunuch.

Her comments sparked outrage in some corners, but murmurs of agreement from others.

So, does seeing violence against women on TV satisfy a primal urge? Or is this a horrific trend we should reverse?  Libby Purves has her say. 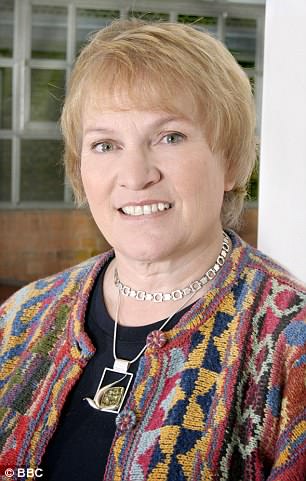 Dear Germaine Greer. She takes her job as outspoken national auntie very seriously — one minute calling Meghan Markle a ‘bolter’, the next slamming #MeToo victims, and now telling us that the surge of nastily, gratuitously violent and detailed sexual assaults and murders on TV is really what we ladies like.

‘The endless array of female cadavers laid out on slabs and dragged out of the undergrowth in crime drama on TV is designed to reel in a mainly female audience,’ she says.

I think not. She’s right about the growing nastiness but, I believe, wrong about women’s responses. Of course, there are some women who harbour fantasies about rape or masterful near-rape: there always have been.

Think of the end of Gone With The Wind, with Scarlett O’Hara scornfully pushing Rhett Butler away and being carried up the great stairs in her billowing red dress as he snarls: ‘This is one night you’re not turning me out!’

What do we see the next morning? She’s pleased as punch, humming and smiling. Marital rape, that was.

Or think of all those romantic novels pinned to the idea of a big, hunky man so blown away with the heroine’s charms that he can’t resist her feeble, giggling protests and takes her to bliss in his strong arms.

Or, in the case of one Jilly Cooper novel, puts the wayward lass on his knee and spanks some sense into her.

Starring Gillian Anderson and Jamie Dornan, this cat-and-mouse thriller has caused ongoing outrage for its graphic depictions of sexual murder, stalking and necrophilia.

The Mail’s TV critic called it ‘the most repulsive drama ever broadcast’. It didn’t stop 3.5 million tuning in.

IT’S been criticised for shocking violence against women, including Sarah Lancashire’s character being beaten in a basement and another policewoman repeatedly run over by a car.

Viewers were shocked when, in 2013, Downton aired a violent rape scene in which maid Anna (Joanne Froggatt) was attacked by a valet (Nigel Harman).

ITV faced hundreds of complaints, with some accusing writers of using sexual assault to ‘spice up’ the show.

By its close, it was attracting 9.5 million viewers.

Violence, murder and incest are the mainstays of this medieval fantasy. But in 2016, viewers were horrified by the sadistic rape of Sansa Stark (Sophie Turner) on her wedding night — a new low.

The storyline was even mentioned in the U.S. Senate. The show has some 18 million viewers per episode.

Yet 5.8 million tuned into the opening episode.

Greer is right to point out that ‘the man who groans and clenches his teeth as he struggles to resist the heroine’s fatal charms has been a staple of chick-lit ever since Jane Eyre’. She is also right to remind us that the idea that rape springs from irrepressible sexual desire is a delusion. Rape is about domination.

Yet there’s no point denying that it is one of the fantasies many women have had, and written about. We’re hard-wired to want strength: we need its protection for us and our babies.

Sexual domination can, in some women, become part of that fantasy, and a whole industry sells fluffy, fetish handcuffs to feed it.

But violence? Murder? You’d have to be a very rare and worryingly kinky woman to enjoy the idea of being hit hard, stoned to death, knocked unconscious, slashed and murdered. And then having your corpse disposed of in some disgustingly disrespectful way and poked around on a slab.

If we do seek out TV crime fiction — and we do, just as we revel in Agatha Christie and all her successors — I suspect it is more because human beings of both sexes have a need to face and imagine their worst fears.

There is something cathartic about confronting the idea of appalling violence and knowing that it didn’t happen to you.

And — this is where TV drama and novels are different to the horrors on the news — also in knowing that it didn’t happen to the actress, either. She’s washing off the fake blood in the dressing-room. It’s all made-up and we can sleep easy.

But it’s a big step from crime fiction (with nice Lewis or Morse catching the beast at the end) to the present extremes of violence.

Most women I know, unlike Greer’s imaginary salivating viewers, are growing angrier and angrier at the way that in film and TV and, indeed, on stage, there is a deliberate, cynical ramping-up of butchery.

The law of diminishing returns means that the more we see, the less we care — or even notice. So writers and directors of limited talent like to make it nastier every time.

Yet the time I have been most struck with the reality of rape was in a small play about highwayman Dick Turpin, in which a maidservant gives evidence of her assault to the court and the poor girl doesn’t even know the right words to use to describe it.

If you want to treat the subject seriously, less is more. 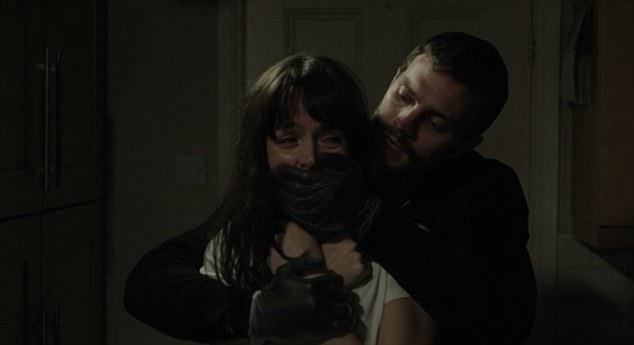 So I think Greer is wrong about us loving the extremes of nasty violence against our imaginary sisters on TV.

There are, of course, many other ways in which we enjoy plots where men do us down. Ones in which men cheat, lie, manipulate and ‘gaslight’ women into thinking it’s all in their heads. We did love TV’s Doctor Foster, after all, and radio listeners lapped up the long-running Archers plot where nasty Rob was psychologically dominating poor Helen.

For some reason — perhaps because we like to reflect that our own poor blokes are not so bad after all, even if they did forget the dry-cleaning — we really rather enjoy shouting ‘B*****d!’ at imaginary strangers on the telly.

But fantasise about being bound, gagged and butchered ourselves? Sorry, Germaine, but no.