Home » Lifestyle » Like the real thing, The Great Escape 2019 is not going to end well

RICHARD LITTLEJOHN: Like the real thing, The Great Escape 2019 is not going to end well

By happy, or otherwise, coincidence, last Sunday marked the 75th anniversary of The Great Escape, the World War II prison camp breakout which spawned a hit movie and an England football anthem.

The theme music from the 1963 film, composed by Elmer Bernstein, is as much a part of our national soundtrack as Jerusalem, Land Of Hope And Glory and Waterloo Sunset.

A few years ago, I was invited to the Proms for Elmer’s Hollywood Songbook concert, which included his music from The Magnificent Seven, Thoroughly Modern Millie and Cecil B. DeMille’s The Ten Commandments. 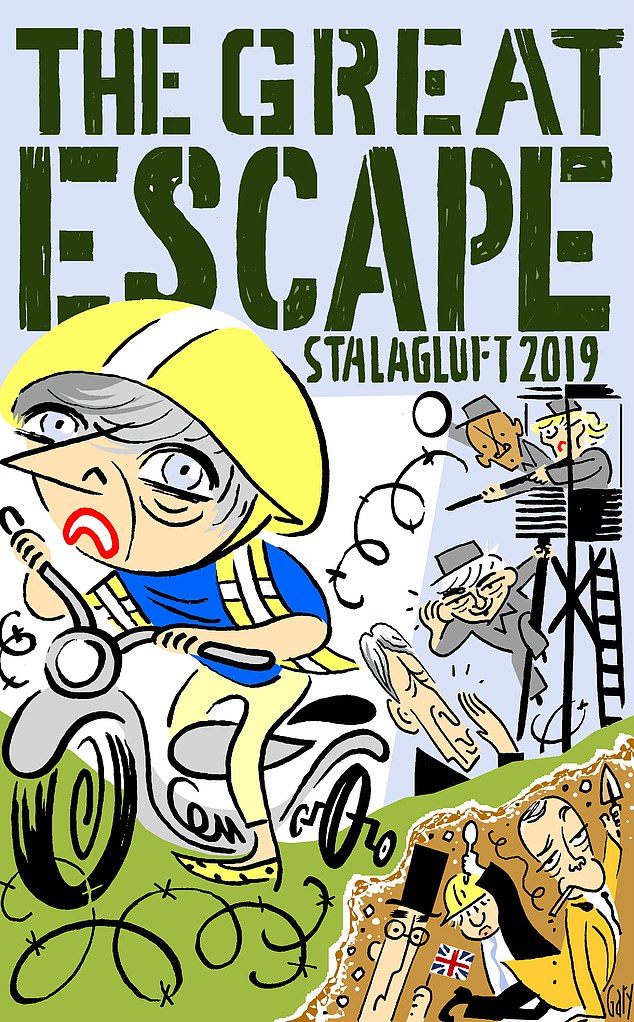 Bernstein was conducting, and when the Royal Philharmonic Orchestra launched into The Great Escape, the audience at the Royal Albert Hall rose to its feet, as a man and woman, clapping and singing along.

Never mind The Last Night, and all those blue and yellow, face-painted Guardianistas, looking like a bunch of Smurfs, and waving EU flags, while trying to hijack one of the great events in the British calendar to promote their own political bigotry.

The spontaneous Great Escape sketch was the best thing I’d ever seen at Sir Henry Wood’s gaff. In the words of the great Chuck Berry, the joint was rockin’.

And, trust me, I’ve seen everything from Bob Dylan, Eric Clapton and the opera La Boheme to Joan Baez, Carl Perkins and Wilko Johnson, Canvey Island’s finest, at the Albert Hall.

I was even there the day Gerald Ratner crashed his company by telling the Institute of Directors conference that some of the jewellery he was knocking out was not worth the price of a Marks & Spencer prawn sandwich.

The Bernstein concert wasn’t one of those poncey metropolitan elite nights, where smug, self-reverential ‘intellectuals’ disguise their moral and financial impoverishment inside shiny dinner suits from the Oxfam shop, and parade their superior disdain for the Great Unwashed — the knuckle-scraping, low-information, racist Little Englanders who had the audacity to vote for Brexit. 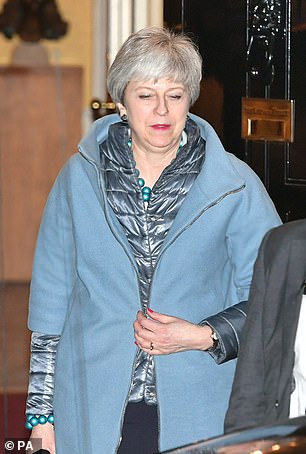 No way, Pedro. This was Daily Mail Land en fete, coachloads of proper people from Beyond The North Circular Road, the very folk our own dear, and much-missed, Jack Tinker used to address when he was writing his peerless theatre reviews.

At the end of the evening’s entertainment, we wandered into Kensington Gore, in search of Last Orders, humming and whistling the theme from The Great Escape.

Bernstein himself looked baffled at the ecstatic reception which greeted his wartime meisterwerk.

Nobody else was, least of all me. For better or worse, World War II is deeply embedded in our national psyche.

We revere the sacrifices made by our parents’ and grandparents’ generations to protect our independence. We are inspired by the stoicism, the stiff upper lips, of those who came before.

Old gits like me were raised on black-and-white movies about British prisoners of war, plotting their escape. No wet Sunday afternoon on TV was complete without one — The Wooden Horse, Albert RN, The Colditz Story.

OK, so The Great Escape was in glorious Technicolor and Cinemascope, the best out of Hollywood, and featured James Coburn as a dodgy Aussie, with the worst accent since Dick Van Dyke played a Cock-er-ney chimney sweep in Mary Poppins.

Most of the time, Coburn sounded Irish.

But it also featured Dear, Dear Dickie Attenborough, Cowley from The Professionals and Upstairs, Downstairs, and Nigel Stock, who starred alongside Dear, Dear Dickie in Brighton Rock, as well as playing Dr Watson to Peter Cushing’s Sherlock Holmes.

Although it took the usual Hollywood liberties, the film was based on a true story. In 1943, the Germans set up a special camp, Stalag Luft III, to house Allied prisoners of war who had previously escaped. Once banged up together, the chaps decide that they will stage the biggest breakout in history.

They dig three tunnels, called ‘Tom, Dick and Harry’, tailor civilian clothes and forge identity papers. Their aim is to liberate 250 men all at once, regardless of the dangers.

This being Hollywood, the Yanks are over-represented. Charles ‘Death Wish’ Bronson, who made his name playing an Apache, pretends to be Polish, and Jim Rockford is an American serving with the RAF — presumably because he can’t manage a Polish, Australian or Oirish accent.

The British are portrayed by, among others, David McCallum, (Illya Kuryakin from The Man From U.N.C.L.E.), and ‘Johnny, Remember Me’ Leyton, from Von Ryan’s Express and Joe Meek’s famous recording studio on the Holloway Road.

Star of the show is a pre-Bullitt Steve McQueen, a baseball-throwing American, who — in the movie’s best-loved scene — eventually ploughs a motorbike into a barbed wire fence as he attempts to evade his captors. 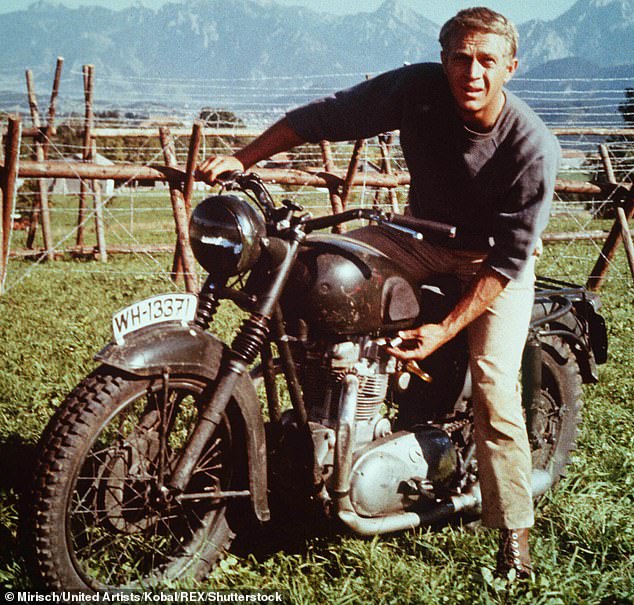 American Steve McQueen poses on a motorbike in The Great Escape, released in 1963

McQueen lives to fight another day, but most of the escapees are recaptured and mown down by the Gestapo, on Hitler’s direct orders. Only three go on to make a ‘home run’.

On Sunday, at a ceremony in Poland, RAF officers and airmen held photos of the 50 men murdered after breaking out of Stalag Luft III. The last survivors of the daring escape, Dick Churchill, aged 99, and Jack Lyon, 101, died recently. I wonder what they’d have made of the preening Remoaners who marched against democracy this weekend.

As it happened, I was in Central London on Saturday. If there was a tenth of the million marchers they claimed turned out to try to overturn the Brexit vote, I’d be astonished.

Rattling in on the Piccadilly Line from Daily Mail Land, it wasn’t until we crossed the North Circular Road that the demonstrators started getting on board. First up was a scruffy bird in Doc Martens and one of those Intifada scarves. She was brandishing a tatty cardboard ‘Stop Leave’ sign.

By the time we’d reached Islington, spiritual home of Remain, there were a few more of them, all looking very pleased with themselves.

Curiously, the local MP, O.J. Corbyn, wasn’t among them.

He’d legged it up north to be photographed doing a silly dance alongside the statue of Eric Morecambe. Presumably, because he’s always been in favour of leaving the EU, despite what he says for public consumption.

Anyway, I digress. I couldn’t help wondering what the remake of The Great Escape would look like today.

Boris, Rees-Mogg and Farage (Tom, Dick and Harry) would be attempting to tunnel their way out of Stalag Luft 2019, while the likes of Spread Fear Phil and Look Back In Amber were grassing them up to the guards.

The machine-gun towers would be manned by Remoaners like Dominique Grieve, Bercow, Chucky Umunna and Soubry Lou. 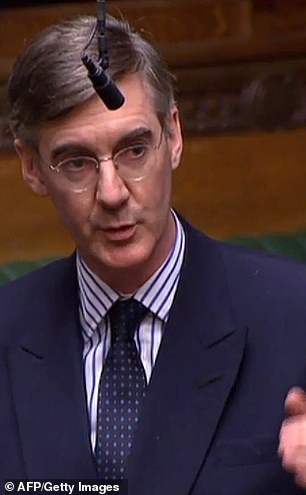 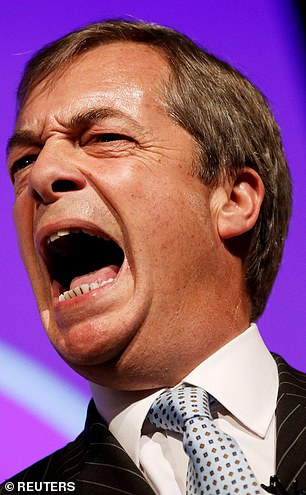 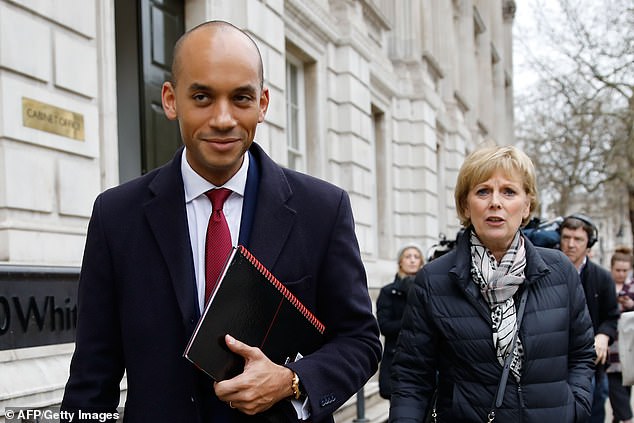 Meanwhile, Mother Theresa would be doing her best Steve McQueen impersonation, ploughing her motorbike into the barbed wire in a doomed third attempt at a meaningful escape.

Like the real thing, The Great Escape 2019 is not going to end well. Altogether now:

The 3 Best Flat Irons for Natural Hair, According To a Celebrity Hairstylist