Lil Nas X and Jack Harlow gave a rousing performance at the 64th Annual Grammy Awards on Sunday April 3. The rising stars graced the stage at the MGM Grand Arena in Las Vegas for a collaborative performance of their hit “Industry Baby” after Lil Nas X sang his hits “Dead Right Now” and “Montero.” 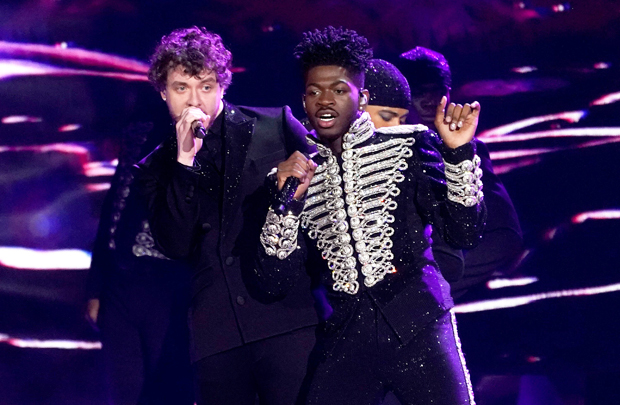 Lil Nas X started the performance by spitting bars from his song “Dead Right Now,” before a montage of tweets and news footage about the controversy surrounding his “Montero” video, before launching into the song itself, in front of a giant silver bust of his head. The singer then gave some serious My Chemical Romance “Welcome to the Black Parade” vibes, as he sported a black marching band outfit for “Industry Baby,” where he was later joined by Jack to rap his verse. 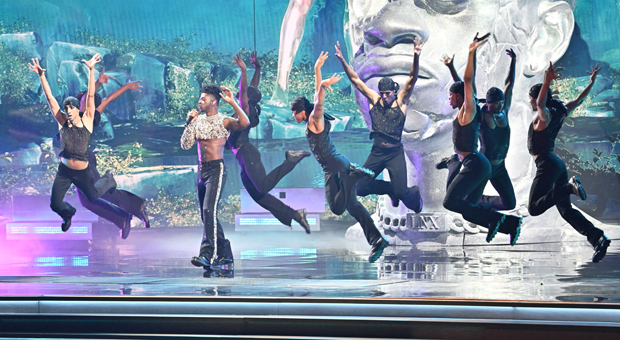 The performance was just the icing on the cake for Lil Nas X, 22, and Jack, 24. The pair received two nominations, including one for Best Melodic Rap Performance for “Industry Baby.” Jack was also included in Lil Nas X’s nomination Album of the Year for Montero. Lil Nas X also received nominations for Best Music Video and Record of the Year for “Montero (Call Me By Your Name).”

The pair’s performance was only the latest time that the dynamic duo have teamed up to deliver a jaw-dropping performance of “Industry Baby.” Since dropping the scandalous music video in July 2021, the song has only grown in popularity, becoming a smash hit. Lil Nas X delivered a sultry performance of the track at the 2021 MTV VMAs in September, where he stripped down to his boxers in a similar fashion to the way he did in the music video. 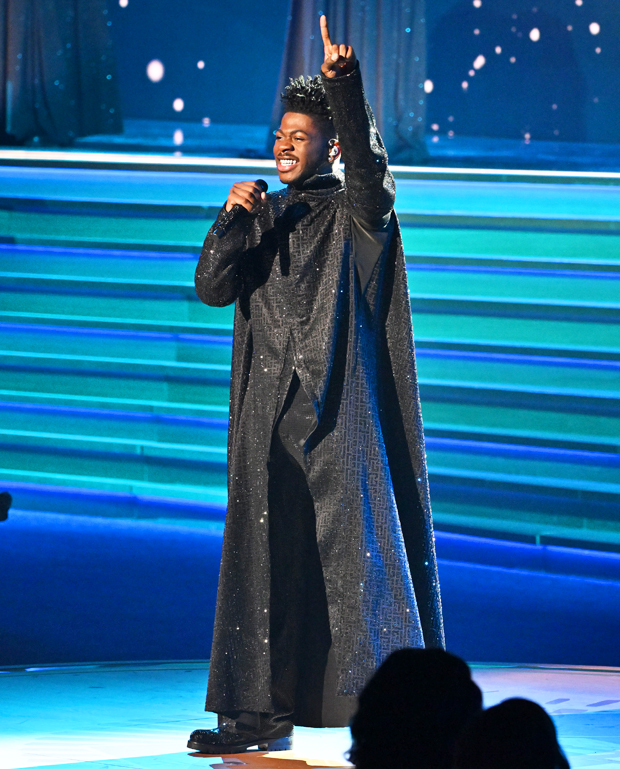 This wasn’t the first time that Lil Nas X has rocked the house for the Grammy Awards. He first took the stage in 2020, when his song “Old Town Road” skyrocketed him to success. He was joined by viral star Mason Ramsey and K-Pop sensations B.T.S. for special performance of the country-rap crossover.

Adding to the victory lap nature of the performance, 2021 was an incredible year for the “Old Town Road” rapper, especially after his music video for “Montero” became a viral hit. He took home the Favorite Music Video award at the American Music Awards in November. In a similar fashion, he took home the Best Direction and Video of the Year awards at the 2021 VMAs in September.