“I’ve got lots of people hiding inside.”

They would certainly fit under the dramatic train of Lily Aldridge‘s Ralph Lauren dress at the 2018 Met Gala.

“It’s crazy to have a train walking through the Met party,” the supermodel shared before fashion’s biggest night, but luckily, she has some tricks up sleeve, err, dress. The Victoria’s Secret and Sports Illustrated beauty invited E! News along for a fitting on the Saturday before the first Monday in May. Lily, along with stylist Elizabeth Saltzman, revealed the secrets behind the stunning yellow dress. 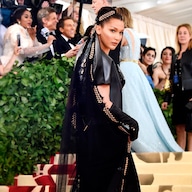 For instance, when Lily was done taking photos on the grand stairs of the Metropolitan Museum of Art stairs, she could use the hidden finger loop attached to the train to hold it up and avoid anyone stepping on the custom creation. 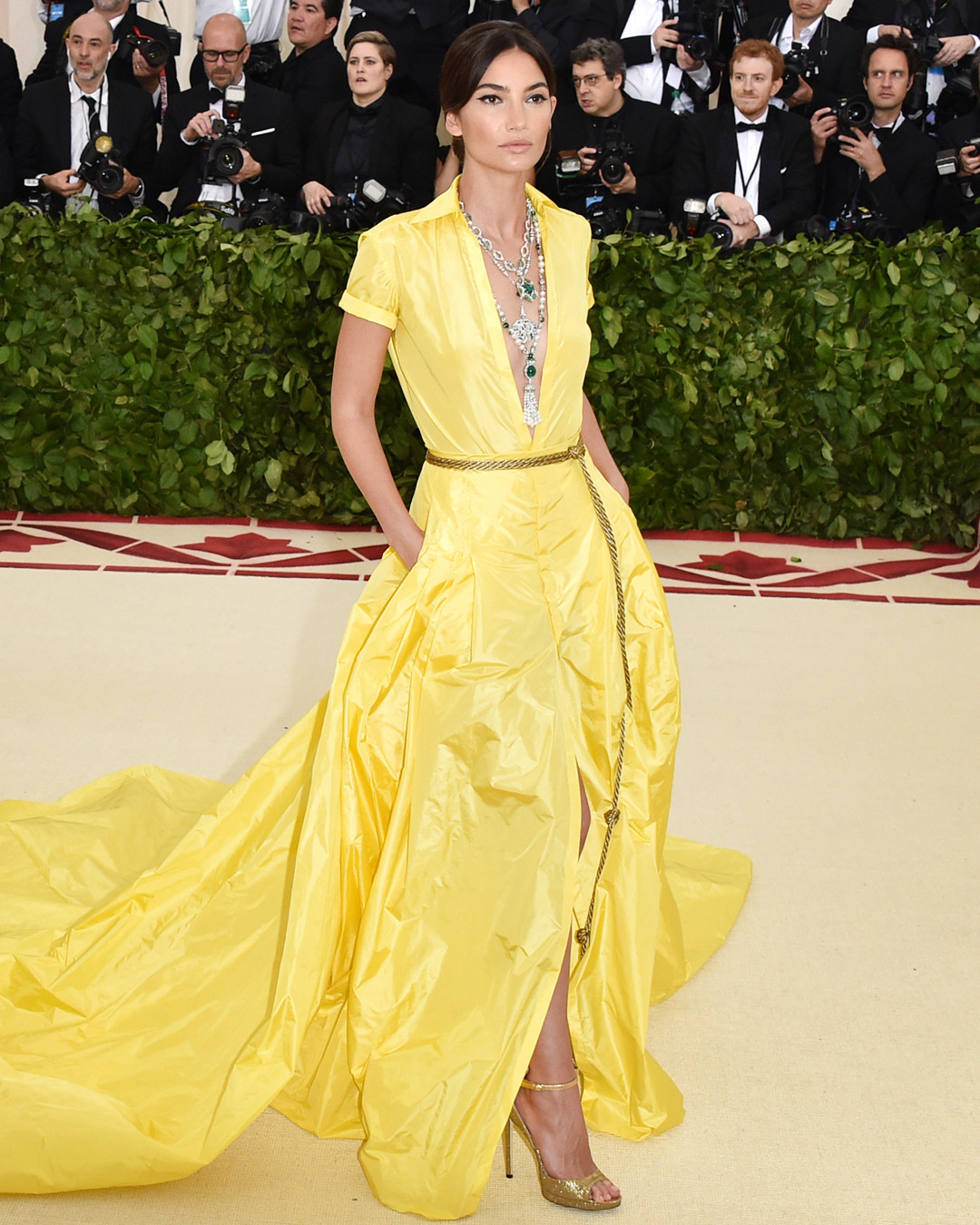 The dress was also designed with standing and sitting positions in mind. When wearing a plunging neckline (Lily’s featured a statement BVLGARI necklace), the fabric in the chest area can sometimes move when you sit, leaving you slightly exposed. Nope, not with Lily’s dress. The designer added a clear, small piece of fabric to hold both sides of fabric together when she was ready to sit down. Genius!

Not only did the supermodel divulge the secrets behind her dress, but she also shared a few pro tips when attending the Met Gala. For instance, the bathroom is where it’s really at.

“Everybody meets in the bathroom because the room is so huge, and you don’t who’s going to be there at any point in time. You could be in there, all the designers go in there, your friends meet up in there, and it’s just where you hang out and chat in between the performances, the courses and just have a laugh—it’s just fun,” she explained.

But Lily wasn’t always a Met Gala pro. In fact, her first trip to the star-studded ball was a last-minute thing that just happened to replace a trip to the dentist.

“Honestly, I had no idea what I was in for. I was not supposed to go to the Met. I got a call in the morning, got whisked to Vogue, got my look, got whisked to the carpet, and I walked up and I was terrified to walk up those steps,” Lily revealed. “I was actually supposed to get my wisdom teeth pulled out that day.”

If only we were so lucky…