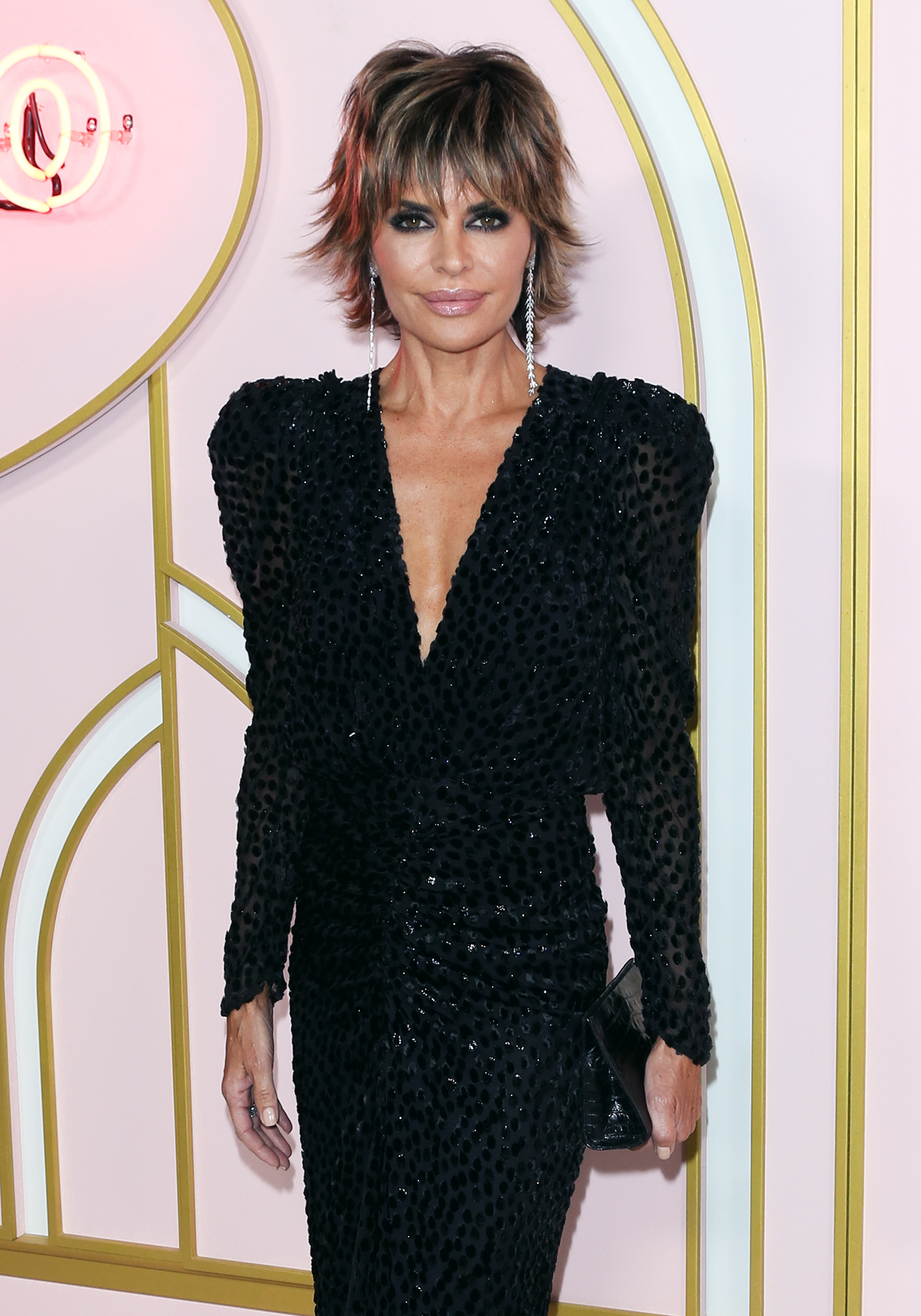 Lisa Rinna is currently filming her fifth season of The Real Housewives of Beverly Hills, so it’s safe to assume she’s practicing a lot of yoga.

“Yoga has been my life savior for 26 years I’ve been practicing now,” the 55-year-old actress tells Us Weekly exclusively. “It’s my consistent … you know, I do many workouts and I go through lots of different things, but I think most consistently practicing yoga has been the most helpful in keeping myself grounded and somewhat space … somewhat…”

Rinna joined the cast of RHOBH for season 5 in 2014. Despite all of the drama, the Melrose Place alum tells Us the cast “have a good laugh no matter what’s going on.”

“Kyle [Richards] is one of the funniest people on the planet. She is very, very clever, witty and funny,” she tells Us. “Erika [Jayne] … Denise [Richards]… she’s very funny. All of them really! You know? I laugh with [Lisa] Vanderpump, I laugh with Teddi [Mellencamp]… I laugh with everybody. … And Dorit [Kemsley]!”

Rinna adds that all of her costars have “a good sense of humor.” Two other women in her life that keep her laughing? The former Days of Our Lives star’s model daughters, Delilah, 20, and Amelia, 17, whom she shares with husband Harry Hamlin.

“I don’t know if it’s my sense of humor, but they certainly have their very own sense of humor. Let’s put it that way,” Rinna explains.” I don’t think I had anything to do with it. They’re both very, very funny and they have no idea that they are.” 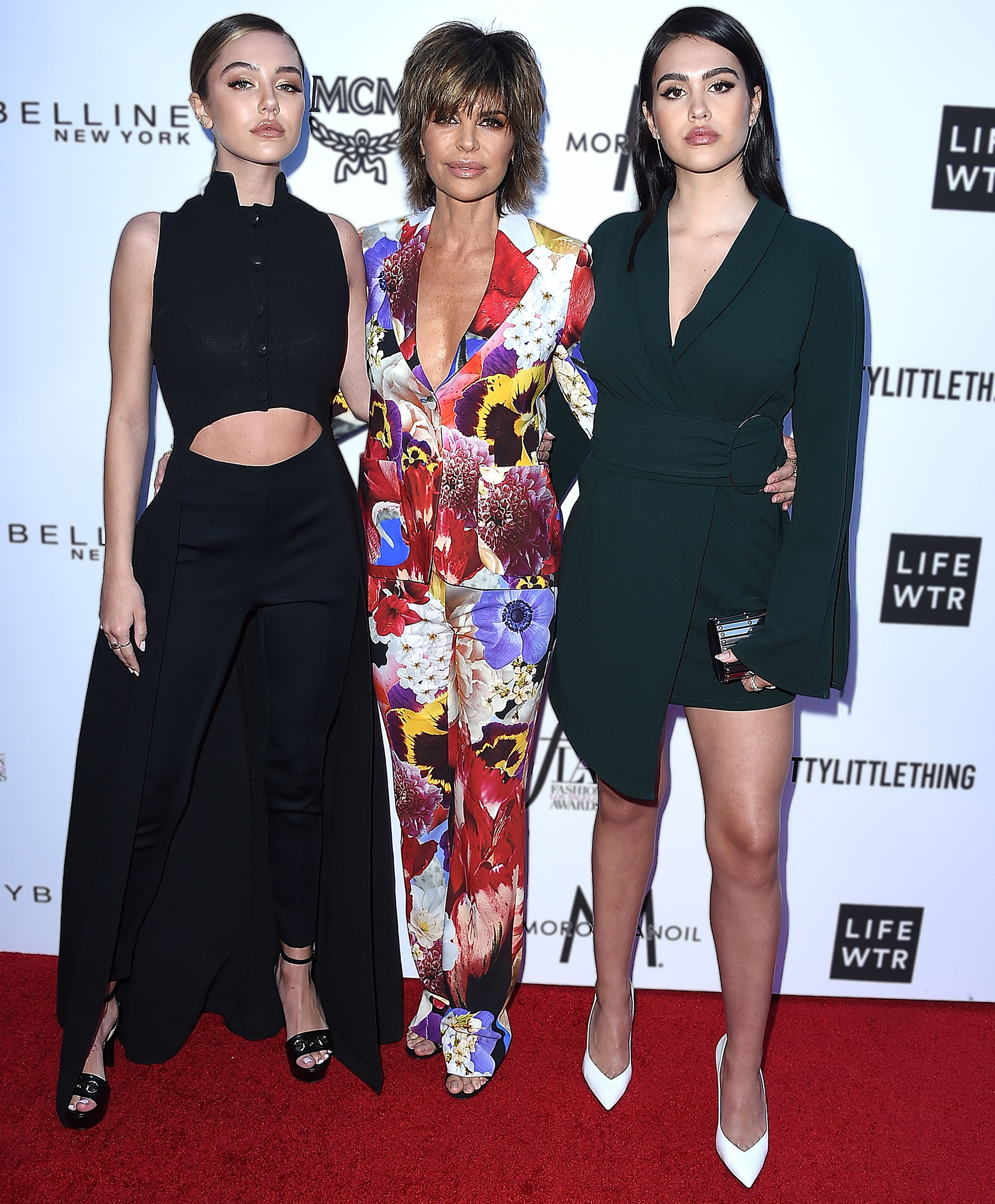 The Bravo star and her daughters recently teamed up to film an episode of Kim Kardashian’s practical joke series You Kiddin’ Me on Facebook Watch.

“II’s really funny and they called us and asked if we wanted to do it and I thought it would be hilarious because first of all I love working with my girls,” she tells Us about filming the hidden camera prank series. “They are so funny and you know, I’m game for everything and I knew that they would torture me, but I thought it would be funny. The concept of it is hilarious and it absolutely lived up to that and then some.”

“Being able to see how they behave on a set made me so proud while we were filming You Kiddin’ Me because they were so professional, so amazing… I was really, really proud to see how they handled themselves because they’re only 17 and 20,” she continues. “I mean, they really are very, very young, so… I think that is really what made me very proud to see them take direction, being very professional, be very nice, be joys to work with… that’s the business.”

She adds: “You could be as talented as the most talented person in the world, but if you’re an asshole, you’re not gonna go very far, you know? So it was really nice to see how well behaved and professional they are.”

Watch the video above for an exclusive sneak peek at Rinna, Delilah and Amelia on You Kiddin’ Me. New episodes stream on Facebook Watch every Saturday.

With reporting by Carly Sloane.