So sorry! During her opening monologue at the 2019 Golden Globe Awards with cohost Andy Samberg, Sandra Oh gave a shout-out to Crazy Rich Asians, calling out that the film was “the first studio film with an Asian-American lead since Ghost in the Shell and Aloha.”

In the live-action version of the Japanese movie Ghost in the Shell, Scarlett Johansson played the lead, and in Aloha, Emma Stone starred as Allison Ng, the lead character who’s supposed to be of Hawaiian and Chinese heritage. Following the joke, Emma Stone yelled from the crowd, “I’m sorry!”

In 2015, Stone received criticism for the role, which she responded to repeatedly. 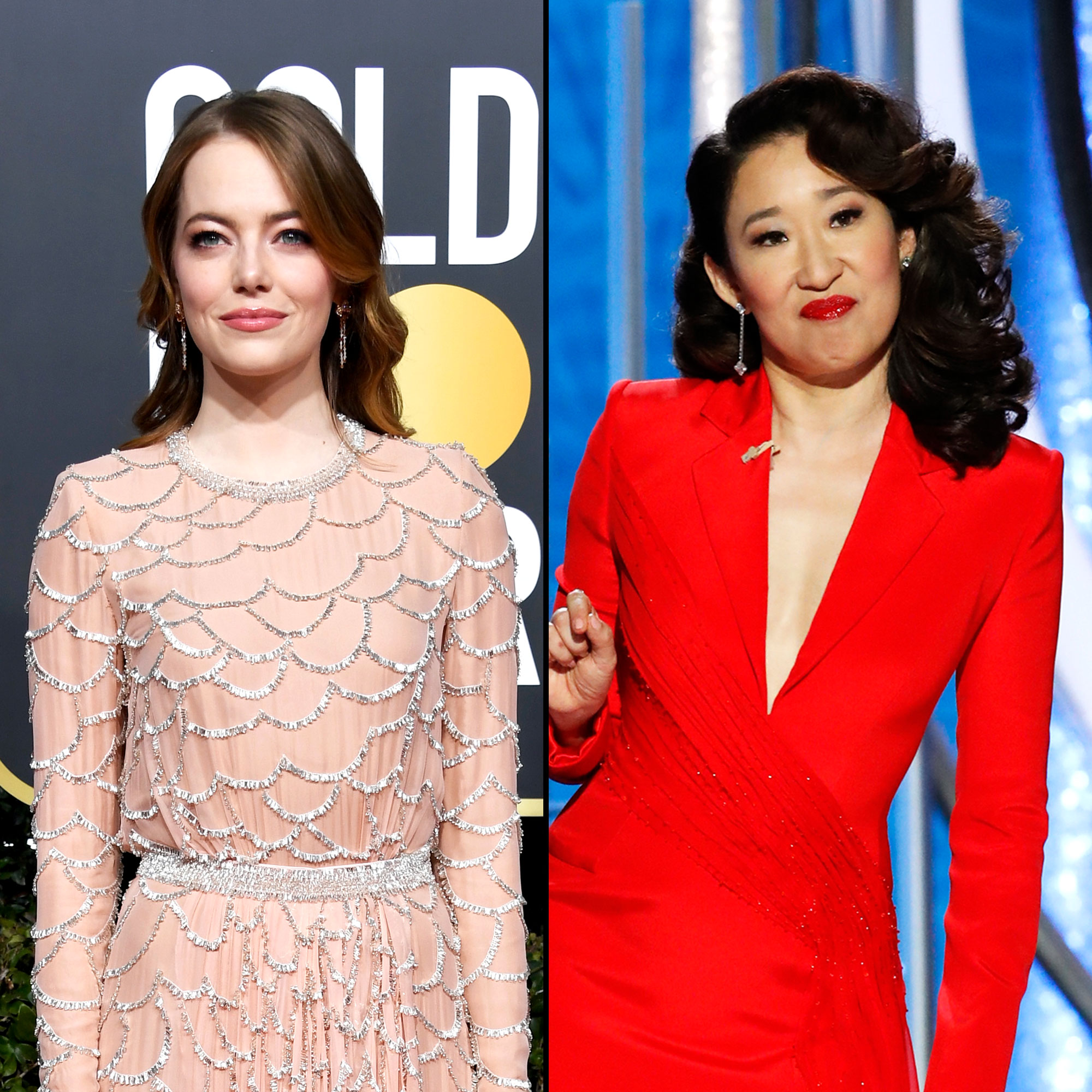 “I’ve learned on a macro level about the insane history of whitewashing in Hollywood and how prevalent the problem truly is. It’s ignited a conversation that’s very important,” she told Australia News at the time of the film directed by Cameron Crowe. “The character was not supposed to look like her background which was a quarter Hawaiian and a quarter Chinese.”

During the monologue, the 47-year-old Emmy winner also took the opportunity to call out how much Hollywood had changed over the last year.

“But if I could take a moment here in all honesty, I said yes to the fear of being on this stage tonight,” the Grey’s Anatomy alum said. “I wanted to be here to look out into this audience and witness this moment of change. And I’m not fooling myself. I’m not fooling myself. Next year could be different, it probably will be. But right now, this moment is real. Trust me, it is real. Because I see you. And I see you. All of these faces of change. And now so will everyone else.”