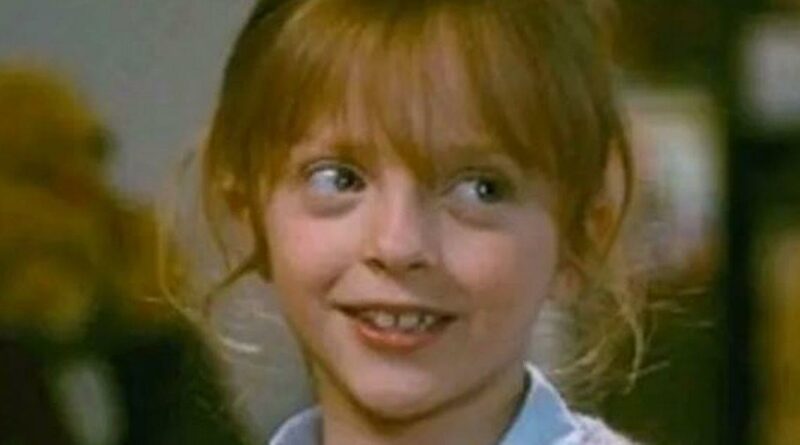 A lot of people are currently watching Christmas movie favourite The Holiday.

However, did you know that it's been a whole 15 years since the film was released?

And that means the the child actors in the film are all grown up.

One such character is Miffy Englefield who starred as one of Jude Law's daughters – Sophie – in the film.

The 22-year-ild lives in Littlehampton, West Sussex, with her partner, drummer Alex Whivley-Conway, 25.

Miffy was just six when she bagged the role of Sophie in The Holiday, starring alongside Jude, Cameron Diaz, Kate Winslet, Jack Black and Emma Pritchard who played her on-screen sister.

In a TikTok video this week on her @miffz_ account, she wrote: “When gross old men say things like ‘I’m so glad you are still as cute as you were in The Holiday’ to me.”

She added: “Relating how I looked as a child to how I look as a grown a** woman makes me all kinds of creeped out idk.”

The film sees Amanda, played by Cameron, striking up a surprising romance with dapper chap Graham, played by Jude.

She is then shocked to find out he's a dad to Sophie and Emma after she wrongly suspected he was cheating.

Talking about being in the film, Miffy told Fabulous: “It was amazing being in it. Every time it is on telly – and it is a lot – I crack up. It’s on Netflix now too.

“Alex thinks it is really funny. He tells everyone. We watched it together but to be honest it makes me want to rip my eyes out. It’s so embarrassing.”

Talking about working with Jude, she added: “Jude had so much time for us.

“He was always giving me tips about acting. We would sit and do tongue twisters with him between takes.

“Go back about 10 years when he was in Alfie and yes, to be honest,I probably do fancy him.

“But no, I don’t fancy him in The Holiday – that would be really weird. He played me dad!”