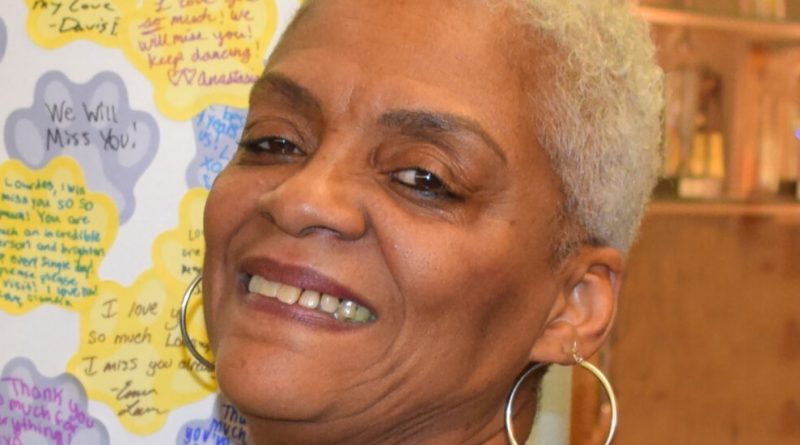 At the Columbia Grammar & Preparatory School, Lourdes Rivera was more than the high school receptionist. She was a surrogate mother, a life coach and a joyous presence at the highly competitive, 257-year old private school on Manhattan’s Upper West Side. She was also an inveterate dancer.

Ms. Rivera grew up in a musical home and she required no prompting to put on music, leap up from her desk and grab anyone within reach to join her in some steps.

Ms. Rivera, who retired from Columbia Prep in 2018, died on Jan. 20 at a hospital in Manhattan. She was 68. The cause was complications of Covid-19, her sister, Fatima Rivera, said.

Ms. Rivera joined the school’s staff as a cafeteria worker in the 1980s. She impressed school officials with her no-nonsense manner and they offered her the job of high school receptionist, which she held for nearly three decades.

She had an excellent memory for names and “extraordinary emotional intelligence and people skills,” making her the perfect person to greet people in the lobby, the head of school, William M. Donohue, said in an interview. Her exuberant sense of humor, tough love and boundless empathy touched generations of students.

At a recent online memorial service, David Stearns, the president of baseball operations for the Milwaukee Brewers and a member of the class of 2003, said, “She was cool, and we felt cool being around her. She was one of us. She possessed unending love for every student and she had an uncanny ability to relate to anybody of any age with ease and honesty.”

Geoffrey Hinds, the school’s head of security, called her “our wise old head.”

“You could go to her feeling down and before you knew it," he said at the service, “she had you salsa-ing down the hallway.”

Her reception desk was a safe harbor for those in need. She sensed the trepidation of incoming freshmen and she would take them aside individually, and assure them that she was there for them.

“She could break through cynicism and defensiveness instantly,” Dr. Donohue said in the interview. “She had similar relationships with teachers and parents. You could trust her. And while she had fun with the kids, she wasn’t going to let them get hurt. She watched over them like a hawk.”

Lourdes Luzaida Rivera was born on Jan. 2, 1953, in Santo Domingo, the Dominican Republic, to Pedro Rivera and Rosa (De Los Santos) Rivera. She was the sixth of nine children. The family moved to New York in the late 1960s and settled just a few blocks from the school. Her father ran a bodega and her mother was a homemaker.

An older brother, Mario Rivera, played saxophone with bandleaders such as Dizzy Gillespie and Tito Puente and the house was filled with music and dancing.

Married and divorced three times, Ms. Rivera is survived by her three children, Wanda Frias, Mills Frias, and Jariel Rodriguez, along with her sister Fatima, who is also a receptionist at Columbia Grammar & Prep; a brother, Diorias Rivera; nine grandchildren; and a great-grandchild.