‘See the short one? That’s me!’ Director Richard Curtis’ ex-assistant reveals how she was cast as a saucy Santa dancer in Love Actually – alongside a ‘blushing’ Bill Nighy

Love Actually director Richard Curtis’ ex-assistant has revealed she was cast as a saucy Santa dancer in the movie as an in-joke.

Author Clare Bennett was the ‘short one’ among the models in the Christmas Is All Around video from the classic festive film, reports the Telegraph.

The clip, which was shot as a parody of the Robert Palmer’s Addicted to Love video, sees the women wearing skimpy Santa costumes as they stand around looking bored as Bill Nighy thrashes around in the fake snow.

Clare was cast in the famous scene, which ended up as the first official promotional photo, because Richard Curtis insisted everyone working for him appear in the film as a ‘sort of in-joke’. 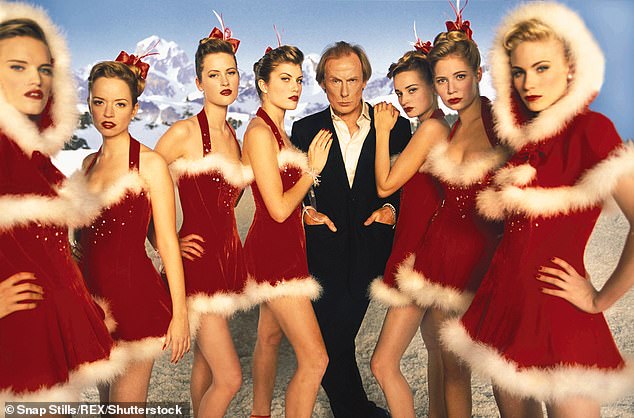 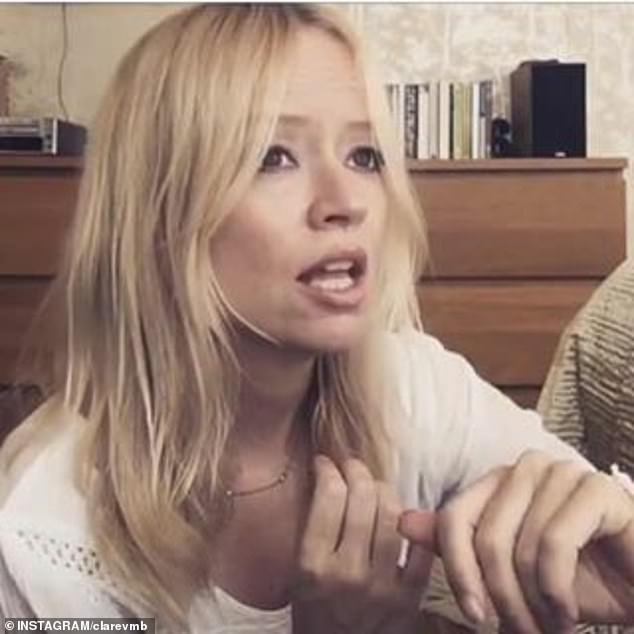 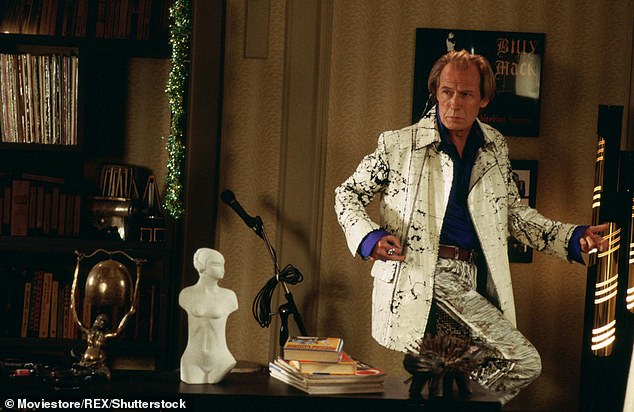 In Love Actually, Bill Nighy plays Billy Mack, an ageing rocker who sells out and records a festive version of Love Is All Around complete with a parody music video

She recalled everyone struggling to contain their laughter as Bill, who ‘blushes like a Wilkie Collins heroine’, pouted and posed in the scene.

Clare said: ‘Richard’s brief just before the shoot had helpfully been “just look uninterested and a bit aggressive – like you do at work”, but it’s a miracle any of us had a straight face.’

In Love Actually, Bill Nighy plays Billy Mack, an ageing rocker who sells out and records a festive version of Love Is All Around.

The cheesy novelty song shoots to number one despite Billy Mack struggling to record it at first. 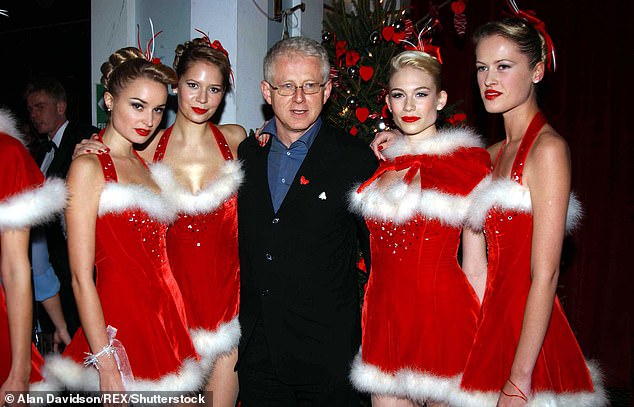 Richard Curtis, pictured with some of the models in 2003, gave Clare the brief ‘just look uninterested and a bit aggressive – like you do at work’

The promotional photo featuring the models and Bill Nighy features in plenty of articles about the festive film every year, and all the women in the scene share it on social media on December 1.

However, earlier this month an avid fan divided Twitter with a theory that the film contains a massive plot hole. 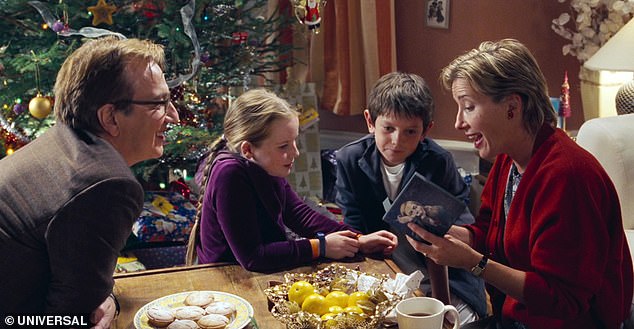 In one of the most emotional scenes, cheating husband Harry – played by the late Alan Rickman – gifts his wife Karen (Emma Thompson) Joni Mitchell’s album Both Sides Now.

She’s secretly left in tears as she thought she was getting a necklace, which he’d actually bought for the colleague he was having an affair with.

In the infamous scene, Karen goes upstairs and puts the album on the stereo while she cries to herself, before going downstairs and putting on a brave face for her children. 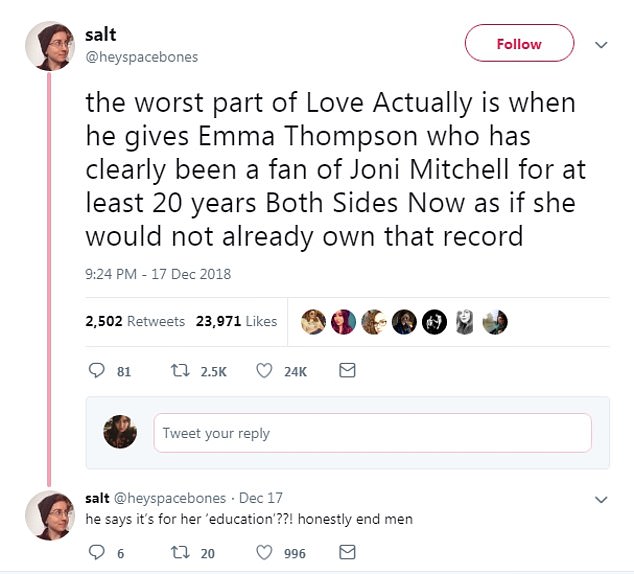 Twitter user @heyspacebones pointed out, as a so-called superfan of the singer, Karen probably would have already owned the CD (pictured)

However, Twitter user @heyspacebones claims that the so-called superfan of the singer, Karen is likely to already own the CD.

Sharing her theory they write: ‘The worst part of Love Actually is when he gives Emma Thompson who has clearly been a fan of Joni Mitchell for at least 20 years Both Sides Now as if she would not already own that record (sic).’

However, other Twitter users have suggested that Karen might not have had that specific album because it is a collection of orchestral versions of some of Mitchell’s greatest hits, released in 2000, three years before the film came out.