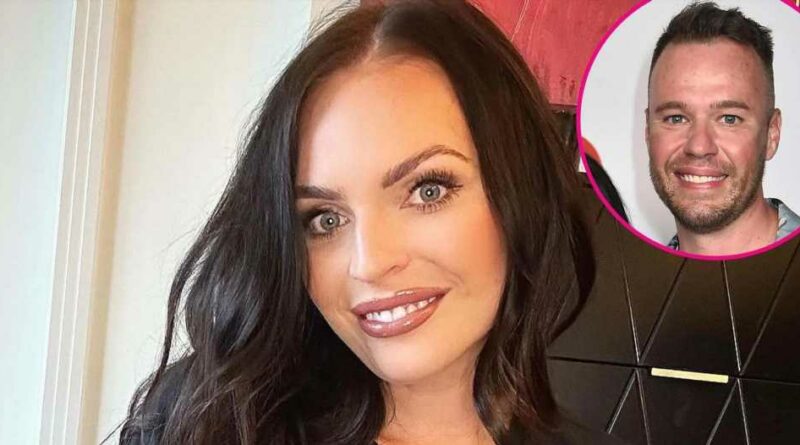 Amid Danielle Ruhl‘s divorce from estranged husband Nick Thompson, she admittedly struggled with her new normal.

“I actually ended up going to a four-week trauma therapy because there were times where I would overreact to certain situations based on past traumas and I didn’t like that about myself,” the Love Is Blind alum, 29, said during a Wednesday, October 26, appearance on the “Deux Me After Dark” podcast. “I was like, ‘You know what? I don’t want to feel this way anymore’ and it wasn’t just with [Nick], it was with other people too. I actually haven’t disclosed this, but I took a four-week leave of absence from work in order to go to [an] outpatient [program] because I constantly want to be the best version of myself.”

While Ruhl has not revealed why she decided to seek treatment, she is not “embarrassed” about her experience because it has helped her learn to feel “awesome” about herself.

‘Love Is Blind’ Season 2 Cast: Where Are They Now?

The associate marketing director and Thompson, 37, tied the knot in the season 2 finale of Love Is Blind. Months after the twosome celebrated their first wedding anniversary, Us Weekly confirmed in August that Ruhl had filed for divorce.

“It really did come down to just personality compatibility differences,” the Netflix personality said of their “mutual” split during an Instagram Story video earlier this month. “I think that’s what makes it even harder because you do live in this, at least for me, I kind of live in this state of denial where it’s like, ‘But we love each other.’ You can still love each other and still try your best to move on. It’s hard, it’s very hard.”

The “Conversations with Nick Thompson” podcast host, for his part, has been equally emotional following their breakup.

“For my own mental health and healing, I had to create a boundary with her that I’m not engaging anymore,” Thompson exclusively told Us Weekly on October 17, noting the former couple are not in communication. “I’m choosing to leave the past behind me and focus on all the stuff I have going on. I don’t wanna live in the past. I don’t want to be in any kind of position where I’m having to defend myself.”

He added: “We just weren’t compatible. I know in my heart that I did absolutely the best I possibly could in that relationship, and I gave it everything that I had. … I think it’s unfortunate that you have to disparage or stay stuck in this place.”

Ruhl has also been focused on moving forward, noting on Wednesday that she’s been in a “great place” and has “slowly” realized how different they were.

‘Love Is Blind’ Couples: Who Is Still Together and Who Broke Up?

“I think we both got caught up in this fairy tale and got married before we should have and there wasn’t an ‘a-ha’ moment at first because the changes were very subtle and I kept telling myself we’re stressed and everything’s going to revert back to who he was or the relationship I thought that was,” the Netflix personality admitted to DeuxMoi. “I just realized he wasn’t necessarily someone I needed as a partner or someone in my life and we really were not compatible and a lot of that was in some pretty fundamental ways and I felt myself slowly changing to fit into an idea of who somebody else wanted me to be.”

While Ruhl doesn’t want to attack her former spouse, she felt hurt by his public statements about their split.

“After we broke up, he said if you’re a partner, you won’t do a public statement because I don’t want to. And then he did one while I was at work and then me and my [friends] were like we need to do one that looks like it because the less amicable things seem the more media will pick up on things,” she alleged on Wednesday before revealing that there “have been a lot of lies” that were told.

She added: “The divorce has been delayed due to the lack of communication and it’s entirely frustrating that he’s using the word ‘boundaries’ [when he spoke to Us] because that’s not necessarily the case. It’s more like avoiding talking to me.”