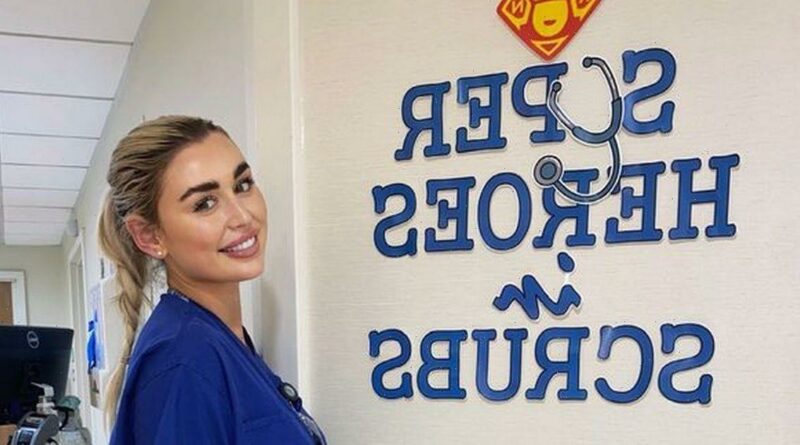 Each year a new set of singletons head into the Love Island villa in the hope of finding long-lasting love, and in some cases, a whole new career.

Some Islanders have managed to leave their old lives behind entirely after starring on the ITV2 dating show, and have carved out successful careers in the spotlight as social media influencers and TV personalities.

However, other contestants have left the iconic villa and headed straight back to their day jobs, even after being presented with lucrative deals.

From medical professions to fitness, here we take a look at the Love Islanders who have returned to their day jobs…

The 19 year old, who is the daughter of ex professional footballer Michael Owen, already boasted an impressive net worth and career before heading into the world of reality TV.

Gemma is a successful international dressage rider and represented Britain at the 2021 European Junior Championships in Spain. She is also the founder of swimwear brand OG Beachwear.

After her Love Island stint she signed a six-figure deal with fashion brand PrettyLittleThing, but has continued with her dressage career and managing her clothing business.

Paige Thorne also appeared on Love Island 2022, and like close pal Gemma, she quickly returned to her day job after the end of the show.

Paige, 25, signed a six-figure fashion deal with Forever Unique but continued her career as a paramedic a couple of months after exiting the villa.

Revealing her excitement before returning to her role, she said on Lorraine: “I’ve got a meeting to go back to paramedic work, so that will be exciting.

“I actually saw an ambulance the other day with sirens on and I had like, serious FOMO. I was like, get me my ambulance back! So yeah, I’m gonna go back into that a little bit and just see what other opportunities come.”

Jay Younger entered the Love Island villa as a bombshell in 2022, but failed to find love during his stint on the show.

The 29 year old returned to his day job as an investment analyst less than one month after flying back to his hometown of Edinburgh.

He told The Mirror at the time: "I don't think my life will change that much if I'm being honest.

"I'm going back to work on Monday and sure there's some commercial opportunities out there in the short term, but I think longer term I'll be back at work doing my thing and back to my day job."

Abigail Rawlings appeared on the seventh season of Love Island and enjoyed a brief romance with Toby Aromolaran.

The 28 year old quickly headed back to her normal job after her reality TV venture, returning to her role as a tattoo artist.

She was previously based at Top Boy Tattoo in Brighton, but is now at a new tattoo parlour in Chertsey.

Malin Andersson has amassed a huge fanbase thanks to her Love Island stint and has continued to document her life on social media.

The 30 year old trained as a carer before the show and in 2020 she returned to the profession during the Covid-19 pandemic.

She shared a lengthy post on Instagram detailing her decision. In the statement, Malin said: "This time completely different reasons, not for financial in fact quite the opposite, not because I have to.. but because there is a pandemic, and I WANT to help. I want to give. Knowing I had the training and was just sat at home, alone – I had the urge. The urge to give."

Blonde beauty Rachel, 30, quickly returned to normality after the show, and resumed her role as a nurse in London.

In January 2022, Rachel announced she was relocating to Dubai.

Priya appeared on series seven of Love Island, enjoying a very brief stay in the villa after entering as a bombshell.

She went straight back to her studies after the show, and is now in her final year as a medical student. Priya has continued to document her journey to becoming a qualified doctor on social media with her fans.

Greg O'Shea won Love Island series five alongside Amber Gill, but he didn't head down the influencer career route and quickly headed back to Ireland to resume normal life.

He was studying law when he entered the villa and was a professional rugby player. After his time on Love Island, he focused on the sport and eventually competed in the Tokyo 2020 Olympic games.

Once the Olympics had finished, Greg announced he was retiring from rugby. He now runs BettrWithGreg, an online fitness site, and has ventured into the world of presenting. Dr Alex has combined his medical career with social media following his Love Island stint, and has used his platform to raise awareness of many important issues, especially concerning mental health.

The 31 year old, who works as an A&E doctor, now serves as the UK Youth Mental Health Ambassador within the Department for Education, and continues to share informative and important content on his popular social media accounts.

Like Malin, Anna Vakili returned to her day job when the Covid-19 pandemic hit, heading back to her role as a pharmacist.

The 32 year old, who appeared on Love Island in 2019, shared a snap of herself inside a pharmacy to announce the news.

She told fans at the time: "First day back working as a Pharmacist since leaving Love Island. It’s been almost a whole year! Wow can’t believe how fast it’s gone. Wasn’t really planning on registering yet but with everything that’s going on it felt wrong not to. We can all fight this together. Stay safe. Stay home. Save lives."

Amber Davies won Love Island 2017 alongside boyfriend Kem Cetinay, but the pair called time on their romance shortly after leaving the villa.

Amber, 26, bagged some lucrative deals thanks to the show and eventually went on to return to her musical theatre roots and become a West End star.

Coco Lodge headed into the Love Island villa in 2022 as a Casa Amor bombshell, and soon found herself at the centre of the drama.

The 27 year old is a graphic designer from Surrey, who also worked as both a ring girl and a shot girl. After her reality TV stint, she revealed she was going back to being a shot girl in nightclubs.

Speaking to Will Njobvu on his Reality podcast, Coco said: "I'm actually going to go back to shot girling next week."

Lucinda Strafford turned heads when she entered the Love Island villa in 2021 as a bombshell alongside Millie Court, but she ultimately failed to find love on the show.

Lucinda, 23, already had a successful career under her belt before appearing on the ITV2 show, as she is the owner of clothing brand The Luxe Range.

She's continued to run the clothing brand and works as an influencer, having built up a large following on Instagram.

After appearing on series seven of Love Island, Rachel Finni turned her back on fame and returned to her day job.

The 29 year old worked as a travel specialist before the show, but she now works as a sales executive for luxury hotels in London.

Rachel told her followers online: “A lot of people don’t know this, but I’ve actually gone back to working in hospitality which I’m really enjoying so far.

“My end goal is to focus as much as I can on my career, keep doing influencing on the side and hopefully one day be a housewife with my babies."

Adam Collard has appeared on Love Island not once but twice, making history as the first ever Islander to head into the villa for a second time.

Despite his reality TV fame Adam, 26, has continued to pursue his passion for fitness, and is the owner of Newcastle-based gym Sculpt Fitness. He also works as an online fitness coach.

With over one million followers on Instagram, Adam has also carved out a career as an influencer and has collaborated with brand such as BoohooMAN and FashionNova.