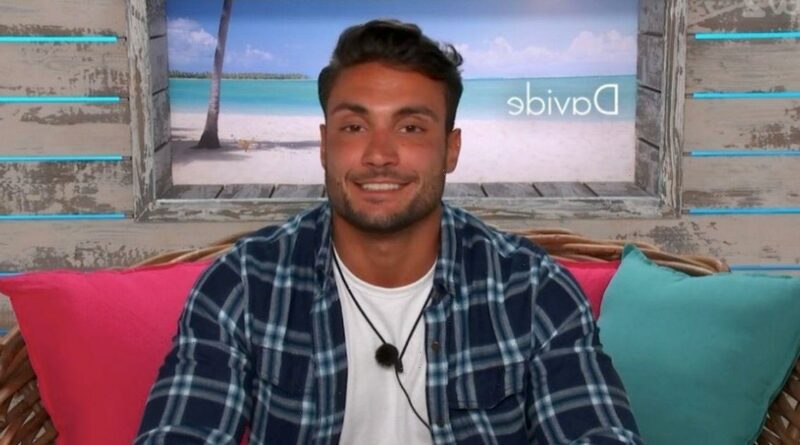 Love Island 2022 has been jam-packed with drama so far, and there's no doubt that there's more to come over the coming weeks.

One couple who have provided some of the most dramatic moments is Davide Sanclimenti and Ekin-Su Cülcüloğlu, who have had their fair share of bust ups in the villa.

However, it's clear that Davide, 27, and Ekin-Su, also 27, can't keep away from one another, and viewers have grown to love the pair, with some even hoping they take home the £50,000 prize fund.

The couple are both firm favourites among fans, and Davide has won over many viewers with his hilarious one liners and cheeky comments.

After entering as a bombshell during the second episode, Davide quickly caught the eye of the majority of the girls in the villa but it was Ekin-Su who eventually captured his attention.

Ekin-Su fancied Jay, 28, straight away and snuck off to the terrace on two occasions to kiss him without Davide knowing – but once he found out, he was understandably unhappy.

He and Ekin-Su had a blazing row in the garden which saw Davide deliver his first iconic one liner of the series: "You are a liar, an actress. Go the f*** out!"

Davide then proceeded to tell Ekin-Su she deserves "an Oscar" for her performance. The 27 year old's outburst had fans everywhere in stitches, and the phrase has become a large part of Love Island 2022.

So much so, that when Tasha Ghouri, 23, recently called one of her fellow Islanders a liar, Davide hilariously shouted across the garden: "That is my line, Natasha!"

Many took to social media to speak about how funny his comment was, with one person saying he deserves "his own comedy show right now" while others simply branded it "iconic".

More recently, Davide moved away from calling Ekin-Su a liar or actress and decided to brand her "fake" as the pair found themselves caught up in another argument after Adam Collard, 26, entered the villa.

As the pair got up to walk away from each other Davide said that Ekin-Su was "doing the show again" which left her unimpressed, so she started to clap and told her fellow Islanders: "He's doing a show, look."

Davide then shouted across the garden: "More fake than Louis Vuitton from China!" which had Love Island fans in hysterics.

"'As fake as the Louis Vuitton from China nahh how does Davide think of these things on the spot," one fan laughed, as another said: "Davide is killing me," with two laughing emojis.

A third impressed fan added: "Davide has literally just produced the most iconic television one-liner of all time. What a guy."