When I became a parent, my worst nightmare was that I would be too busy doing something – hanging washing out on the line, cooking tea, busy in the garden – and something bad would happen to one of our kids.

The day we lost the youngest of our four beautiful girls, I was mowing the kids' backyard play area. I had the girls in the house, where I thought they were safe away from the mower. My husband, a builder, came home from work as he did every other day, and went to reverse his tool trailer and ute into our garage. 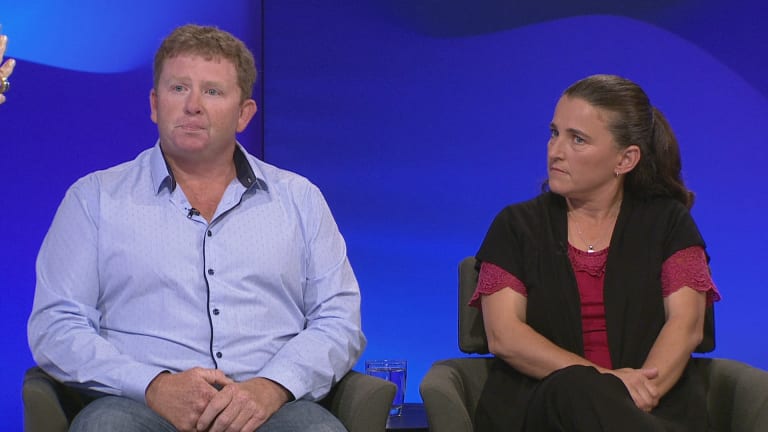 Emma and Peter Cockburn lost their 15-month-old daughter, Georgina, in a driveway accident in April 2011.

Unknown to either of us at the time, our youngest daughter Georgina, found her way into the garage from the house, and crawled over to see daddy. She was in the wrong spot at the wrong time, and we lost her almost immediately.

We had heard of children being run over in their own home driveways, and thought it was terribly sad. But, being complacent, we also thought it wouldn’t happen to us. But it did.

That night in the hospital, while holding our baby girl, Peter came to me and said we would make a pact: we would not blame each other.

We could have torn strips off each other – "Why didn’t you do this?" "Why didn’t you do that?" – but what was the point? No amount of screaming at each other was going to change what had happened; Georgy was gone, and we could not bring her back. We also had three other children to try to be as normal as possible for (not an easy task when one’s world is suddenly turned upside down and torn apart).

In the days immediately after this incident, I felt blank. Thought processes and actions didn’t match up, and tasks were achieved simply on remote control. Often, even seven years down the track, this is still the case. Often it is enough just to get one foot in front of the other.

We chose to see a psychologist who was removed from our local community. We could talk to him without the worry of upsetting someone who knew our family. I also talked to a psychiatrist. Talking about what happened with those professionals helped us to deal with the trauma.

We were very lucky to have an immediate network of family and friends who gave us their support by simply being there: boiling the kettle for a cuppa, helping with cooking, cleaning and looking after the kids. Others helped deal with the authorities, medical, funeral and legal procedures. The whole ordeal was very overwhelming, so having that help around us was very important.

One of the hardest parts, is when time goes on and the support network has to continue on with their own lives, yet we felt like we were still standing with a huge hole in our world.

There was something missing. There still is, and always will be. Learning to deal with that empty gap is not easy. I am still learning.

After the accident, there was a period of ten days where four similar accidents occurred across the country. My husband and I said to each other, "These accidents are so preventable – this has to stop!" This was the starting point for a foundation in our daughter’s name.

The Georgina Josephine Foundation, officially began in February 2012. We aim to increase awareness of low speed vehicle run over accidents and how to prevent them, as well as offer support for families affected by them. Our work has involved awareness displays at a variety of events including building shows and baby expos, learner driver awareness presentations and numerous media articles. Most importantly, we have contacted a number of families who have suffered through such accidents. A recent contact indicated it was lovely to know someone out there was still thinking about their little one, 12 months on.

For us, such work means Georgy is still a part of our lives, and not just a photo on the wall. As hard as it is to share her story, if it means people are looking at what changes are needed in their home environment, taking a few extra seconds to check carefully before driving, and are holding onto their children while around vehicles to keep them safe, then we have achieved our goal.

They will not have to go through the heartache we do, and Georgy’s loss will not be without reason.

Emma is a guest on Tuesday’s episode of Insight at 8.30pm on SBS, which asks: how do you deal with unintentionally ending someone’s life?