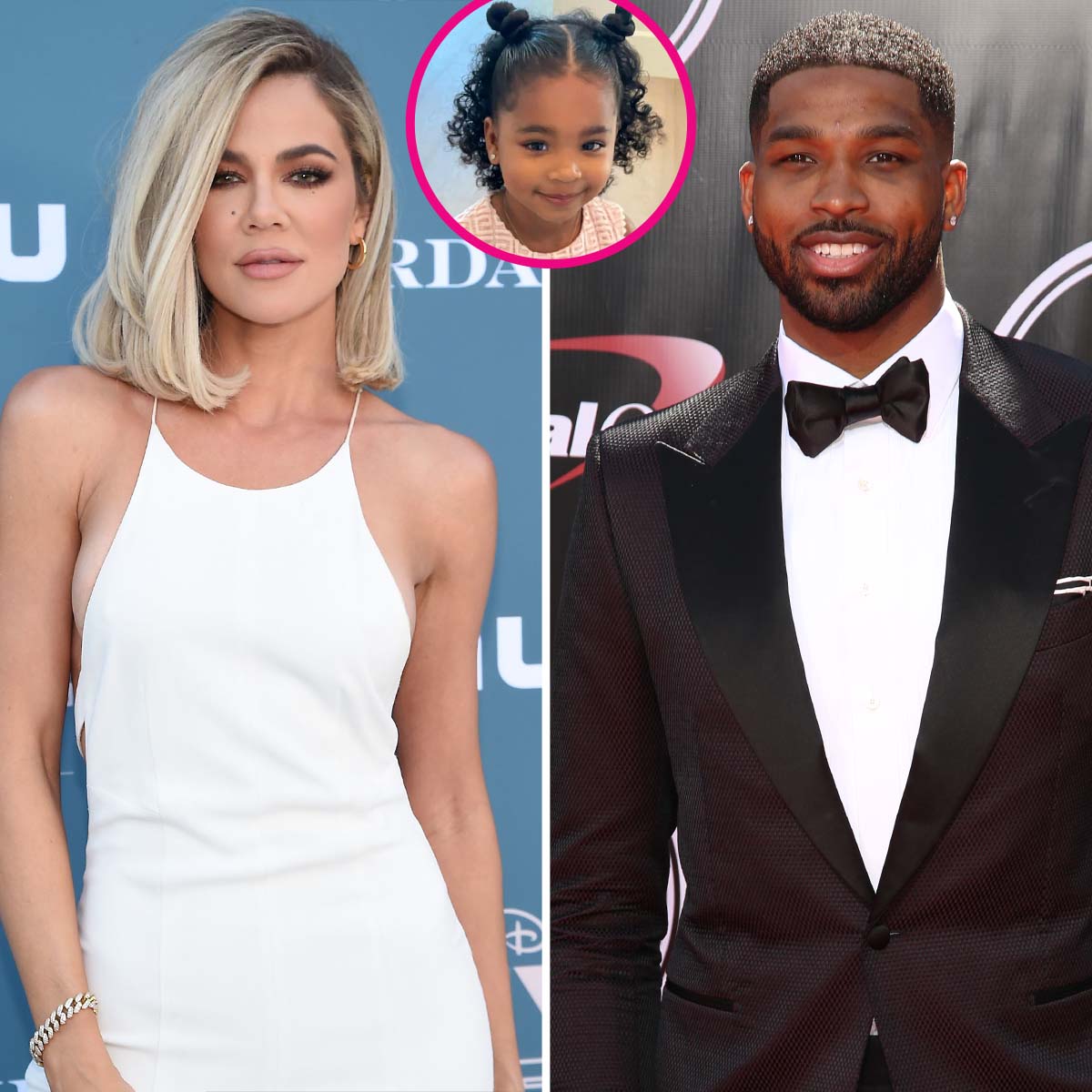 Mama bear! Khloé Kardashian doesn’t want Tristan Thompson’s scandals to affect their daughter True — even if he cheated on her, a source exclusively tells Us Weekly.

“Khloé doesn’t trash talk Tristan in front of True,” the insider says. “She does her best to shield her from all the negative stories about him.”

The Keeping Up With the Kardashians alum, 37, has decided to take the high road when it comes to the exes’ 4-year-old child.

“At the end of the day, he’s still True’s father and she wants True to have a loving relationship with him,” the source adds.

Kardashian has weathered more than one cheating scandal during her relationship with Thompson, 31, whom she first started dating in 2016. Ahead of True’s birth in April 2018, the NBA star was caught cheating with several different women, but Kardashian stuck it out for their family.

The duo, however, split in February 2019 after news broke that the Chicago Bulls player had kissed family friend Jordyn Woods. Us confirmed in August 2020 that the Good American cofounder and Thompson had rekindled their romance, but the twosome called it quits again in June 2021.

Six months later, news broke that Thompson was being sued by Maralee Nichols who alleged that he was the father of her newborn son, Theo, who was born in early December 2021.

The Canadian athlete confirmed the paternity in January and issued a public apology to Kardashian, whom he was still dating when he got Nichols, 31, pregnant. (Thompson is also father of 5-year-old son Prince, whom he shares with ex-girlfriend Jordan Craig.)

The paternity scandal rocked the reality star’s world — and The Kardashians fans watched her unfiltered reaction play out on the Thursday, June 16, episode of the reality series. During the episode, Kim Kardashian told her younger sister about Thompson’s infidelity and Khloé confirmed that she was blindsided by the scandal.

“I am not sure that there is one thing that hurts more than the other in a situation like this. Everything is an act of betrayal. Everything is a lie. Everything is manipulation [and] it is deceit,” the former Revenge Body host explained during a confessional interview. “Did Tristan have every opportunity to tell me? Yes. Was Tristan going to tell me if there wasn’t a baby involved? Absolutely not. And that shows a lot about his character. The entire thing is despicable.”

Although Khloé was visibly upset — she is seen sobbing during her initial phone confrontation with Thompson — the Strong Looks Better Naked author revealed that had to keep putting True first.

“No matter what he says, nothing is going to give me the answers I am looking for or the closure,” Khloé explained. “True FaceTimes him every night. I don’t speak, he just talks to True and she will never know that anything is wrong in my book, ever.”

Viewers later saw the California native packing up Thompson’s things from her home, which they had shared amid the COVID-19 pandemic. Khloé told Kim, 41, revealed during the episode that her reservations about Thompson kept her from splitting the house payments 50/50.

“This house was supposed to be mine and Tristan and True’s home that we were supposed to have our family in. It is really disappointing and it is heartbreaking,” she confessed. “I wanted to believe that Tristan could change. I wanted to trust him and to believe that True and I were worth him changing for. But that is just life. Things don’t always go the way we hoped and planned.”