Turf war! Man is left in stitches after his neighbour cuts his own part of their shared front lawn and leaves a single strip of long grass outside of his door

A man was left in hysterics after his neighbour cut his own part of their shared front lawn – but left a random strip of long grass outside his door.

Taking to Twitter, a man known only as Matty, from Liverpool, posted two photos of the partially freshly mowed grass, along with the caption: ‘Next door with top class grass banter.’

The post, which notched up an impressive 85, 200 likes and 6, 800 retweets, was inundated with hundreds of comments – with some branding the move ‘petty’ and others saying it wasn’t his to cut.

‘Hahaha 10/10 for pettiness,’ commented one, while a second agreed: ‘You need to knock and see if you can borrow his lawn mower.’ 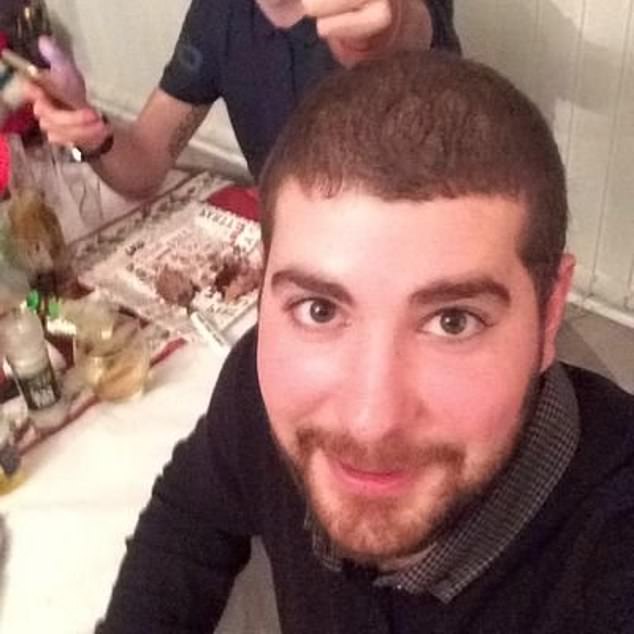 Matty, from Liverpool, was left in stitches after his neighbour cut his own part of their shared front lawn and left a single strip of long grass outside of his door 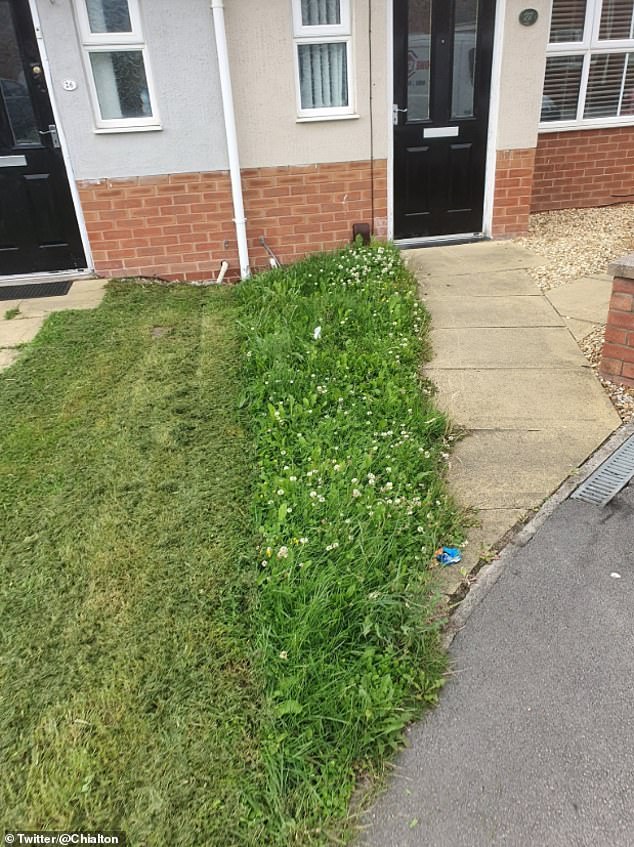 Many took to the comments section with mixed opinions on the matter – with some arguing it was petty of the neighbour, and others saying it was a sign of respect (pictured)

A third joked: ‘Please name and shame this neighbour.’

Matty later went on to say how he’s decided to leave the strip of grass and that when the neighbour’s grass grows back, he’ll mow his – adding: ‘I will like this game.’

Meanwhile, others took the opportunity to suggest further ways in which Matty could have fun with the idea.

‘Never cut that piece of grass, ever. Let it become a jungle,’ joked one, while a second commented: ‘Put a string line from wall square off house which will show he has cut part of yours. Then note through door saying please do cut my grass again.’ 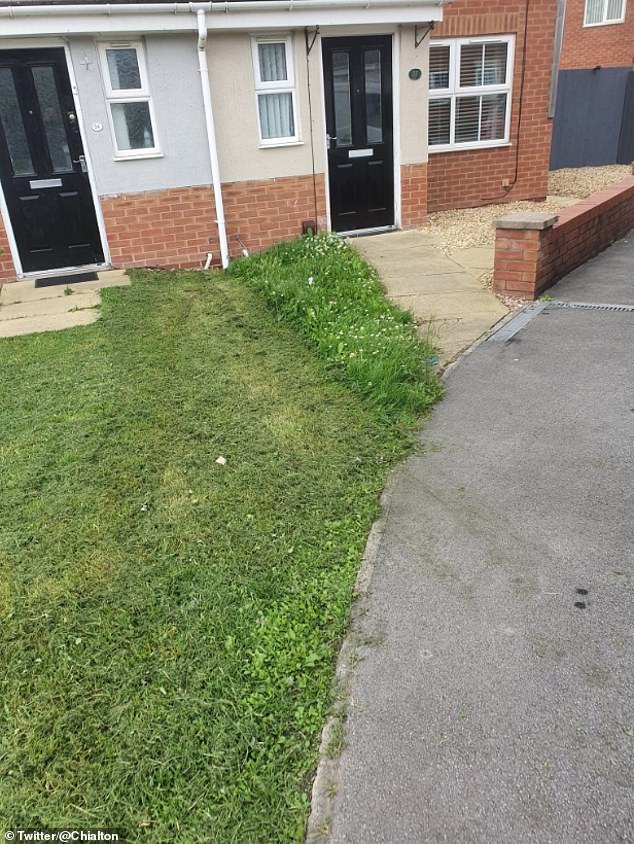 Matty took to the comments section and joked: ‘Decided I’m going to leaving it, when their grass grows back I’ll mow mine. I will like this game.’ Pictured, the shared lawn outside his house 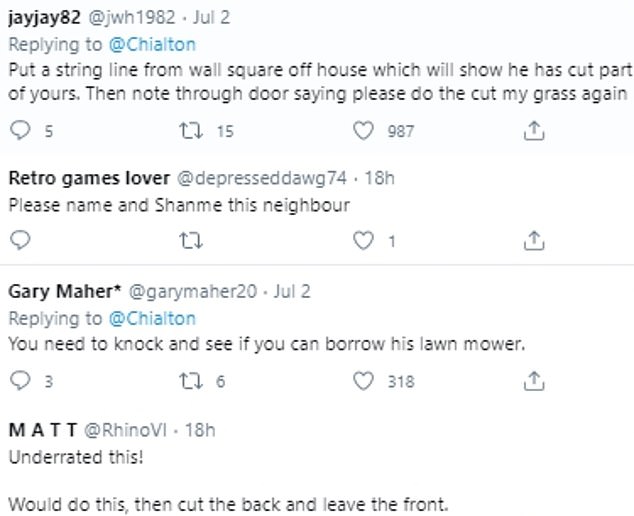 Many were quick to take to Twitter to comment on the amusing photographs, with one joking: ‘You need to knock and see if you can borrow his lawn mower’ (pictured)

A third added: ‘Underrated this! Would do this, then cut the back and leave the front.’

However, not everyone thought the neighbour’s behaviour was petty – and instead thought he was being polite.

‘Not sure why you expect them to do it? I get it’s just a bit, but it’s still yours,’ argued one, while a second agreed: ‘I don’t see an issue with this.’

A third added: ‘We have a shared piece of grass like this between myself and my neighbour and I volunteered to mow it for both of us, and they turned around and told me to leave their half (which like mine was overgrown). So I did.

‘Even when you try and be neighbourly it backfires apparently Woman shrugging.’

However, others on social media struggled to see the problem, with one asking: ‘Do you ever mow theirs?’ (pictured)