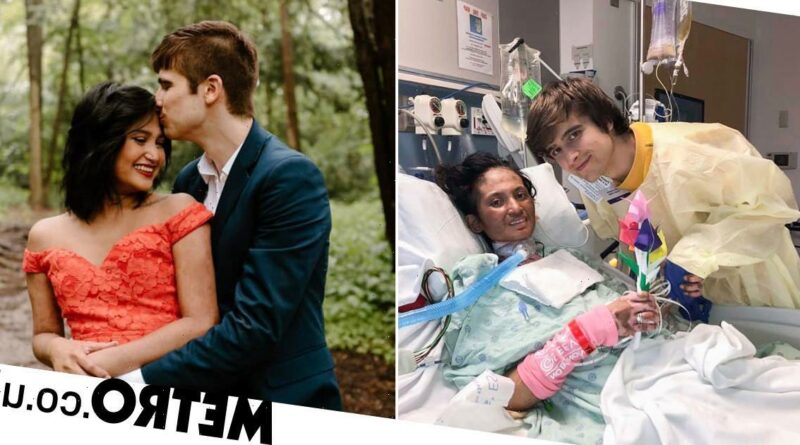 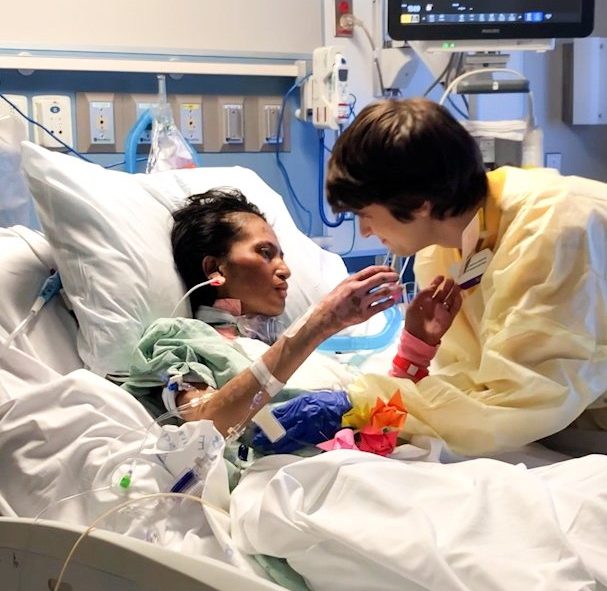 Viktoria Cupay fell into a coma in August 2019, after being admitted to hospital due to a rare disease.

It felt like touch-and-go for her family and friends, and when she woke a month later her boyfriend Nicholas William Baldo decided not to waste a minute showing how much he cared.

As she came around and opened her eyes, Nick proposed to his beloved partner, and they’re now looking forward to getting married.

The young woman, originally from the Phillippines but now living in Chicago, slowly summoned the strength to open her eyes and broke out in a soft smile as her emotional family looked on from her bedside.

Nicholas said: ‘At the hospital, I would just tell her how everything’s gonna be okay, and that we love her. I would tell her what’s going on with her health that day. If there was good news I would always share that.’

Viktoria was diagnosed with Lupus in 2016 before she was afflicted with Stevens-Johnson syndrome and toxic epidermal necrolysis – both rare but potentially fatal conditions which cause the skin to blister and peel – in 2019. 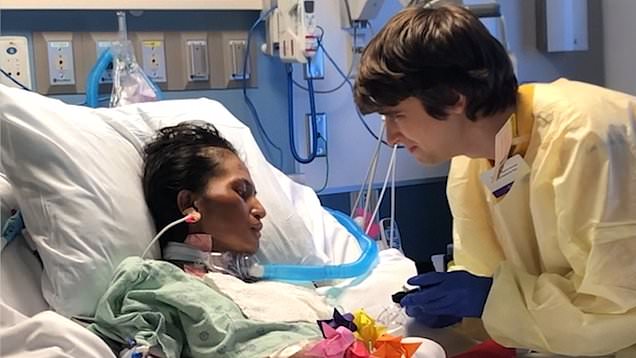 These diseases contributed to Viktoria falling into a comatose state, despite enduring the pain from the disease for the first three years after her diagnosis.

Among those who watched over her was her boyfriend of a year and three months, Nicholas, who would talk to her in hopes that she would one day become responsive again.

When Viktoria started showing signs of consciousness, Nicholas saw his chance and asked for her hand in marriage a few weeks later when she fully woke up, showing his devotion to her even in times of strife.

A now-recovered Viktoria said: ‘Nick decided to propose because he knew that it would be a long recovery for me and he wanted me to know that he will be there for me all the way.

‘He thought that I might not make it because they had to revive me twice before the video was taken. He wanted me to experience our engagement and we had that moment together just in case something happened.

‘When I was at my worst, Nick chose to see the best in me and that’s everything I have prayed for in a man.’

Viktoria was discharged from the hospital after seven months, although her fight with incurable Lupus continues.

The pair, however, now have an added goal in their lives, setting a date for next year and getting ready to invite all their family and friends to celebrate their special day.