Father left with ‘life-changing’ facial scarring after catching chickenpox from his daughter, 4, reveals his incredible transformation after microneedling treatment

A man who was left with ‘life-changing’ scarring as a result of contracting chickenpox from his young daughter has revealed his skin has been transformed thanks to a microneedling treatment.

Jay Maynard, 36 from South London, said his confidence was shattered by the aftermath of adult chickenpox, caught from daughter Nunu, then four.

The receptionist and music producer was left with large, dark scars after an eight-day battle with the illness that typically effects children, leaving him feeling self-conscious and dreading leaving the house.

But since undergoing SkinPen Precision microneedling, costing from £200 per session depending on the size of the treatment area, Jay has totally transformed his appearance and boosted his confidence ‘tenfold’. 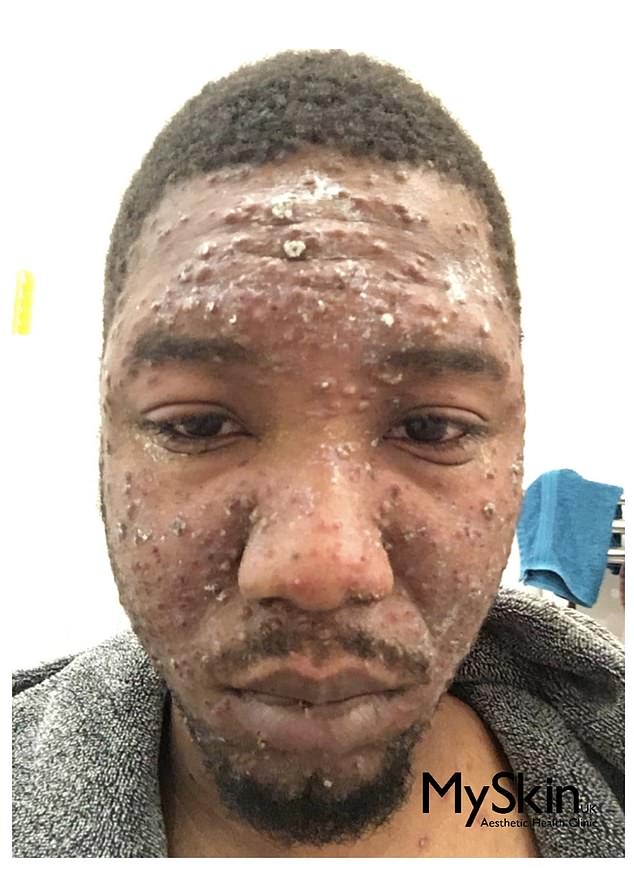 Jay Maynard, 36, from South London, explained how he caught chickenpox from his four-year-old daughter, which left him with ‘life-changing’ scars (pictured) until he used a miraculous treatment which restored his skin

SkinPen Precision uses tiny needles to cause controlled damage to the skin, which encourages new collagen to generate and creates smoother, healthier skin on the face.

‘Despite having chickenpox as a child, I managed to catch it from my daughter, and was left poorly for eight days,’ Jay recalled.

‘As well as nausea, painful headaches and not being able to sleep for more than two hours at a time, I was covered in large, angry-looking marks. My face was particularly affected, with about 75 per cent of the marks covering my face,’ he added. 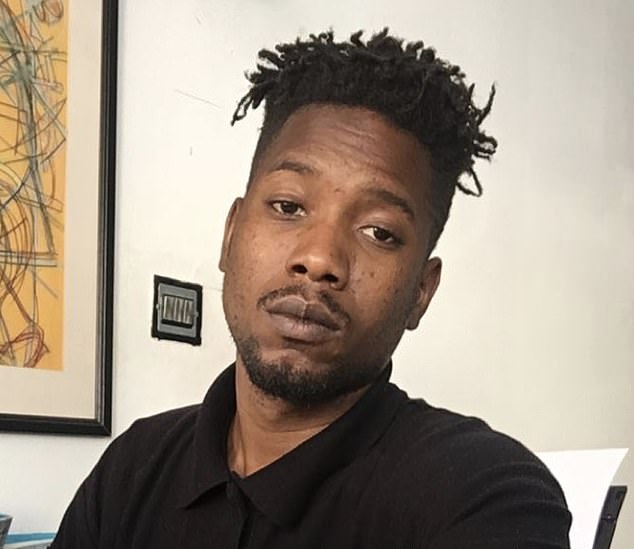 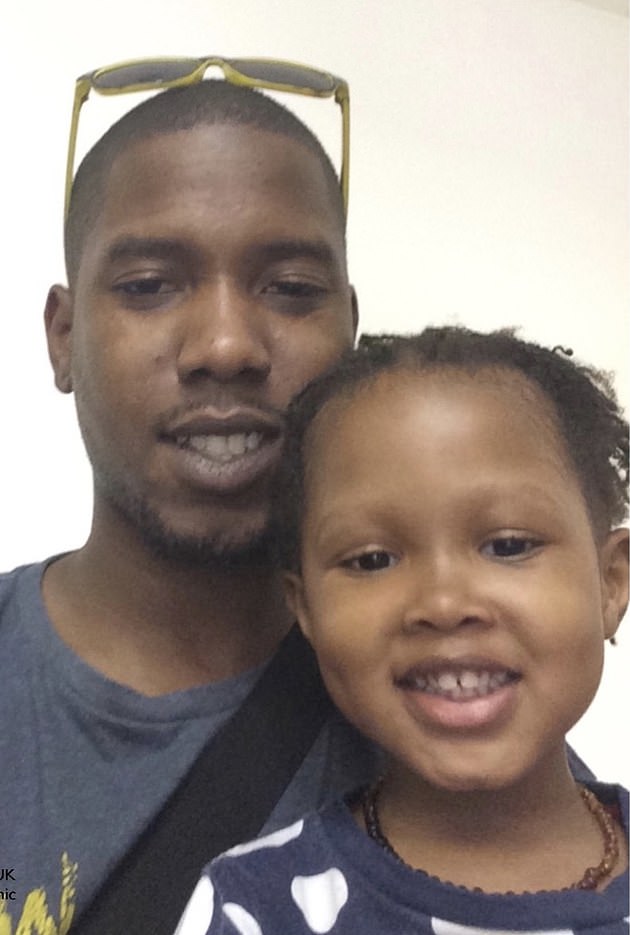 Jay contracted the disease, which usually strikes during childhood, through his then four-year-old daughter Nunu (pictured after the treatment)

‘After a week, when I started to feel better, I expected the marks to fade away but as the scabs fell away I was left with ugly scars – most notably dark edges to the marks. They were really noticeable and I was embarrassed to leave the house, even to do the school run.’

‘People starred at me a lot which left me feeling very self conscious, and as time went on I realised the indented marks just weren’t going away. It felt life-changing, as a usually confident person, and I realised I had to find a solution,’ he added. 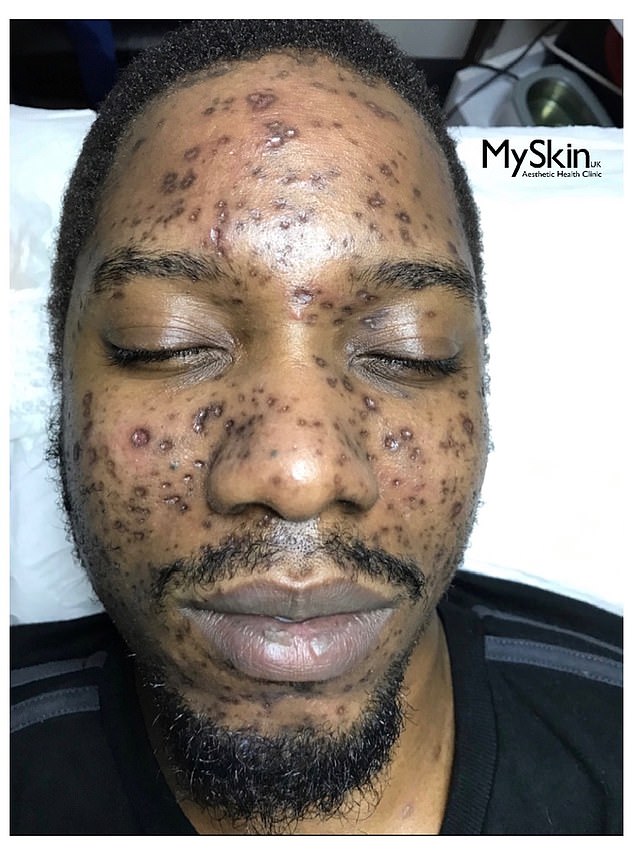 Going through adult chickenpox left Jay with multiple scars on his face, which hurt his self-esteem (pictured before the treatment) 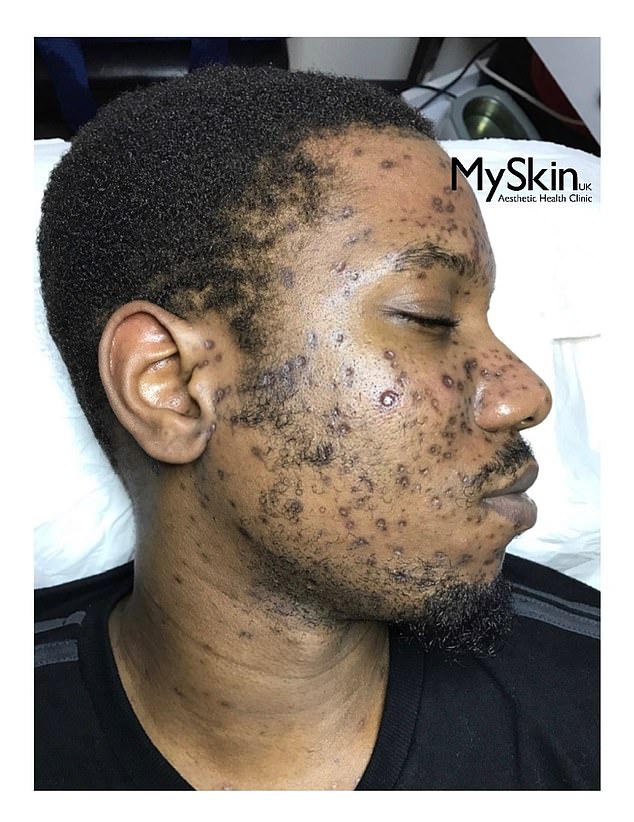 Jay explained he followed all of his GPs indication to keep his skin moisturised and keeping away from sunlight, but was still left with scars (pictured)

‘I have to admit I was really sceptical of the idea of using needles to help my skin look better. Like most people I’m not keen on needles anyway, but I saw the results of some other patients and decided it was worth trying,’ Jay said.

‘I was a bit nervous at the first session, but the treatment didn’t hurt due to a numbing cream. I didn’t notice any pain after my treatment but some roughness to the skin a few days later, and a week later some of the old skin flaked away.

‘I was given an aftercare gel to keep the skin moisturised and was advised to avoid direct sunlight and use SPF. Within a week I started to see the visible changes and by month 3 my skin was totally transformed. I honestly couldn’t believe it’ 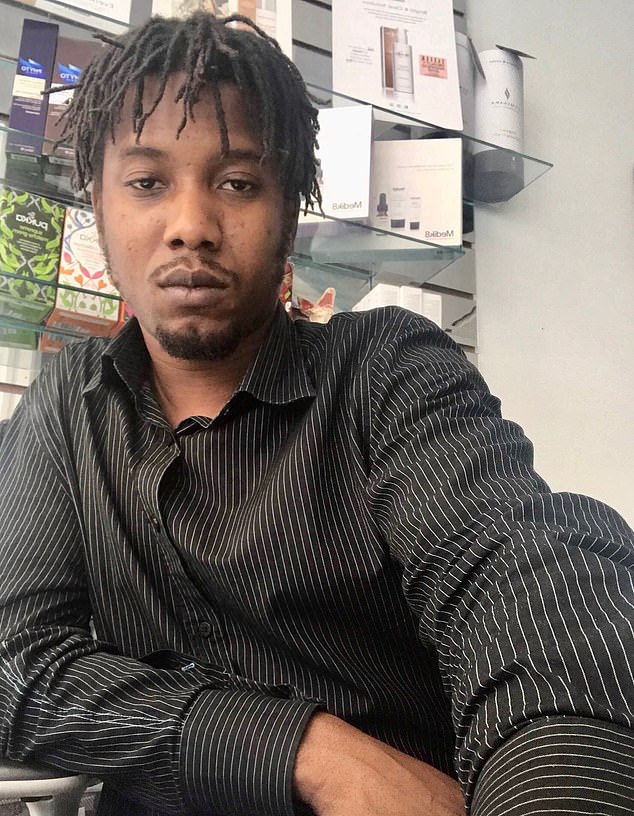 Jay, pictured now, explained he was first skeptical about the treatment, but was blown-away by its results

‘Having to deal with such difficult changes was horrific, but thanks to this treatment my confidence is higher than ever. I would 100 per cent recommend it to anyone suffering with facial scarring or pigmentation problems. It’s truly amazing.’

Sherine, who treated Jay at her London-based clinic, said any intense trauma to the skin, particularly one involving an internal viral infection can interrupt all processes of the skins defense systems

She added this interruption caused ‘inflammation in the cells, a distorted view of cellular growth and repair.’

‘A weakened immune system and, unfortunately, in the end appearances likened to ice pick scarring (dented, pot hole like pitting) as Jay presented with, are common.

What is adult chickenpox?

Chickenpox is a viral infection that mainly affects children.

It causes an itchy, blistering rash on the skin and is very contagious.

While it is extremely rare, it is possible for some people to have a bout of chickenpox more than once in their lives.

Chickenpox is an uncomfortable condition that usually goes away by itself, however it can, in some cases, lead to serious complications.

In some rare cases, one in 100 children infected with the disease could develop a severe lung infection such as pneumonia, an infection of the brain, called encephalitis, or a problem with the liver. Dangerous skin infections also can occur.

The same dangerous complications are also a risk for adults.

In some cases, the skin is left scarred after the scabs heal. 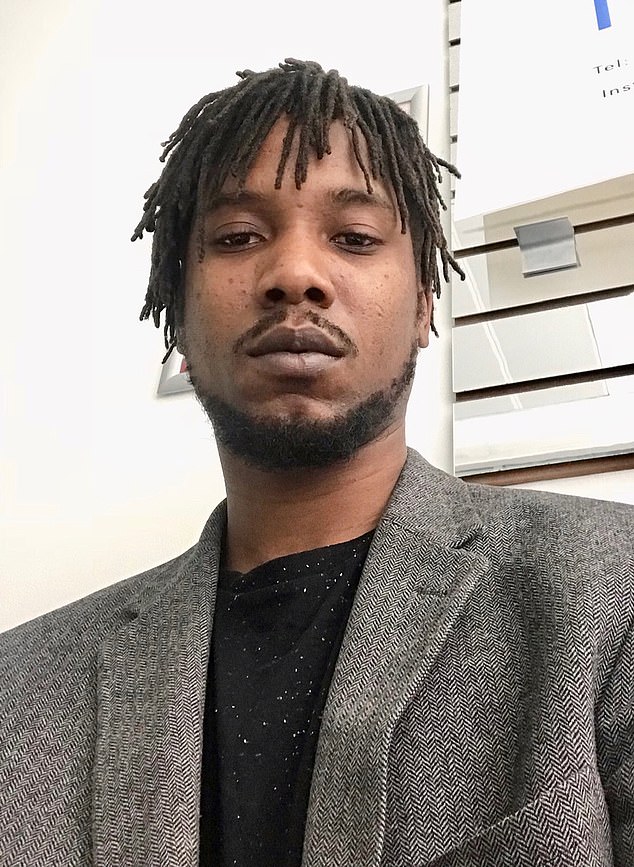 After three treatment spread over a four weeks period, Jay said the painless procedure was a success (pictured now)

Sherine recommended SkinPen Precision for Jay in order to improve his issues. The controlled and sterile wound management works by delivering a precise cluster of tiny needles that are ‘designed especially for “puncturing” the skins tissues.’

‘It helps by not only attempting to target surface damage on the epidermis, but by targeting the lower dermis walls which is essentially awesome to aid in the repair and restructuring process that is needed to repair broken skin tissue.

‘This form of microneedling specifically helps to break down hardened skin tissue that may have developed and encourages nutrient rich blood flow to swim into and around the damaged tissue.’

Sherine said the procedure not only boosted the skin’s rapid repair, but also brightened the skin and smoothed its texture. 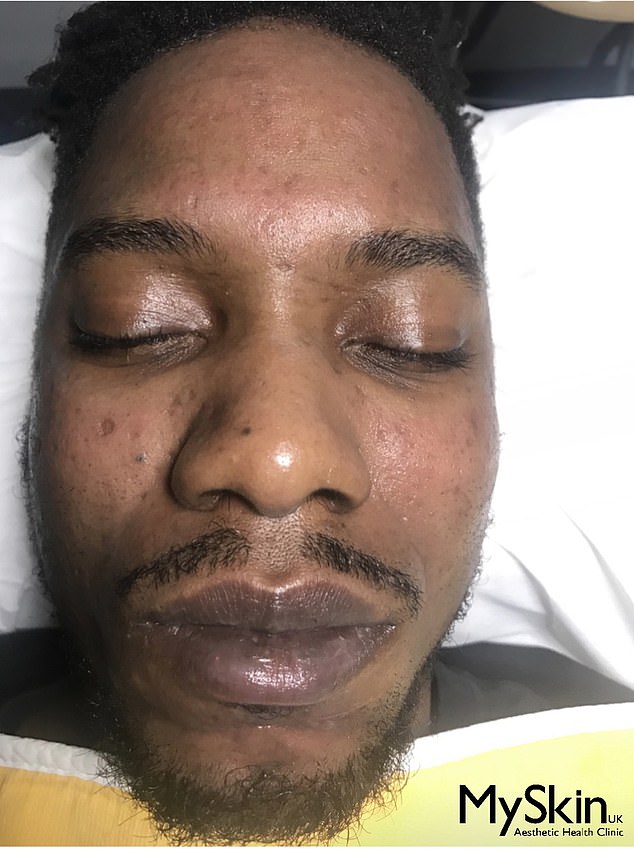 SkinPen is favoured by celebrities around the globe, from Jennifer Aniston to Jessie J and Kim Kardashian (pictured: Jay after the treatment)

‘I specifically used this handheld device to treat Jay because we wanted to ensure that the quality of the microneedles were of the highest precision, meaning they would create no tears or rips in the delicate framework of collagen in the skin,’ she said.

‘The results have been truly impressive and the patient tells us his self-esteem has changed for the better since treatment,’ she concluded.

What is SkinPen Precision microneedling?

SkinPen Precision is a cordless medical device designed to boost new collagen production, a key factor in rejuvenating scarred skin. It’s a safe and effective way of rejuvenating the skin in as little as 4 weeks.

This microneedling technique comfortably creates thousands of micro-injuries in the skin to trigger the body’s natural wound healing process. This process results in skin remodeling, including the formation of collagen and elastin: the two proteins predominantly responsible for the structure of the skin.

The treatment typically takes about 30 minutes to an hour, depending on the size and number of areas treated and the degree of treatment requested by the patient. CE marked and FDA cleared, SkinPen Precision is a medical device from SkinPen UK that’s noted for its safety and efficacy.

It’s not a cosmetic device, so patients can be confident in the technology and the science behind it. It’s distrusted in the UK by BioActiveAesthetics.