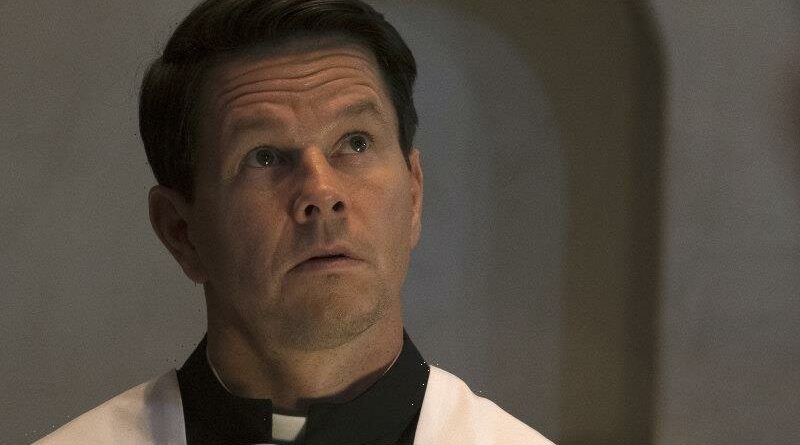 Conservatives in the US habitually view Hollywood as the enemy, and they’re not altogether wrong. But in recent years, the big studios haven’t completely shied away from courting audiences who subscribe to “traditional” views when it comes to subjects like family, the military, and Christian belief.

One case in point is Father Stu, a fascinating oddity in many respects. Distributed by Sony, it was reportedly financed in part by its star Mark Wahlberg, who plays a fictionalised version of the late Stuart Long, a real-life priest who started out as an amateur boxer before converting to Catholicism in the wake of a motorcycle accident. 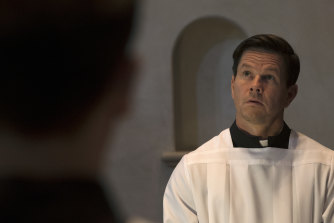 Father Stu was reportedly financed in part by its star Mark Wahlberg.Credit:Karen Ballard

Wahlberg himself is a believing Catholic, as is his co-star Mel Gibson, who plays the hero’s estranged dad Bill, having previously appeared opposite Wahlberg in a similar role in the 2017 “trash comedy” Daddy’s Home 2.

The first-time writer-director is Rosalind Ross, who is also Gibson’s partner and the mother of his youngest child – which is to say that for all the main players this story feels uncommonly close to home.

There’s no question about Wahlberg’s investment in the character, even if he doesn’t look much like the actual Long – and even if he seems far too old to play a guy who wants to be a movie star, Stu’s goal when he shows up in early 1990s LA.

Then again, Stu initially seems a still more unlikely candidate for the priesthood. He’s a typical Wahlberg character all the way – a foul-mouthed, scrappy, childishly vulnerable narcissist, though also a charming hustler significantly smarter than he seems.

When Stu first starts going to church, he has no higher aim than chasing after Carmen (Teresa Ruiz), the much younger woman he falls for at first sight.

Even after he becomes a man of faith, we might wonder if what’s really driving him is simply a need to belong – and also a desire to stick it to the sceptics, including his parents (Jackie Weaver plays his chain-smoking mother Kathleen, back home in Montana).

The strength of Father Stu is that Stu himself is fully imagined, to the point where it’s completely reasonable to see him as an immature blowhard with poor impulse control, major abandonment issues, and an inability to cope with not being the centre of attention.

As far as the film is concerned, all of this may well be correct – but none of it stops him from doing the Lord’s work.

A few years ago, Wahlberg was reportedly working on a version of this project with the brilliant director David O. Russell, one of his more frequent collaborators (their previous films together include The Fighter, where Wahlberg also played a boxer).

However things played out behind the scenes, some characteristic Russell elements have found their way into the final product, including a respect for manic behaviour for its own sake and an understanding that vicious family squabbles may be a way of expressing love.

This applies especially to Stu’s relationship with the atheistic Bill, who initially registers as one more version of Gibson’s latter-day stock character, a mean old bastard whose sole redeeming quality is his zest for being awful.

But the more we see him and his son fire insults back and forth, the more we realise they’re peas in a pod – quick wit, combative tendencies and all.

The less palatable side of the film’s craziness echoes Gibson’s own work as director, including the punishing The Passion of the Christ, where the emphasis was firmly on the physical horror of the crucifixion.

Stu has his own physical tests to endure, but accepts them without flinching, underlining the theologically orthodox moral that suffering is how we come to know God’s love.

Non-believers may find this perplexing or worse, especially in light of some of the other material in the script: for instance, the odd scene where Stu furiously fends off a gay pass at a job interview, which resonates still more oddly with the later moment when Kathleen blasphemously refers to her son as “God’s bitch”.

On the other hand, Wahlberg hasn’t done too many movies where he cites St Augustine – and if you’re curious about a point of view not commonly represented in mainstream cinema, Father Stu delivers.

Father Stu is in cinemas from May 12.