Home » Lifestyle » Marvel Studios’ Phases 5 and 6: Everything We Learned at Comic-Con About the Multiverse Saga 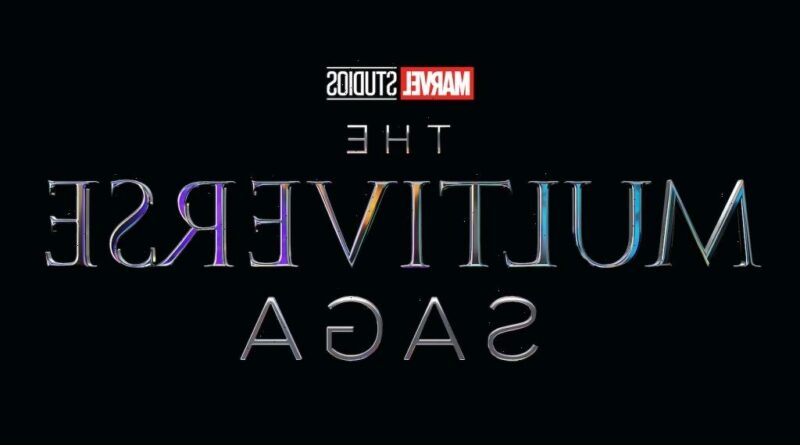 Three years after unveiling Phase 4 of the Marvel Cinematic Universe at San Diego Comic-Con, Marvel Studios chief Kevin Feige returned to Hall H to do the same for Phase 5, which included announcements for the new “Daredevil” Disney+ series and the “Thunderbolts” feature film. Feige also gave a brief glimpse into what is coming in Phase 6, which is scheduled to conclude in Nov. 2025 with “Avengers: Secret Wars” — which Feige says caps off the Multiverse Saga of the MCU.

Here’s everything we learned about the rest of Phase 4, Phase 5, and what’s to come in Phase 6.

What we learned: A legal comedy with a touch of “Fleabag,” this Disney+ series starring Tatiana Maslany as Jennifer Walters (i.e. Bruce Banner’s cousin) boasts a cavalcade of superheroes who need a good lawyer — who is also giant and green. The panel also included a trailer, which (unlike a lot of the footage unveiled in Hall H) was also released publicly.

What we learned: Namor (Tenoch Huerta) is coming to the MCU, as the kingdom of Wakanda reels after the death of T’Challa (the late Chadwick Boseman). Joining the cast are Dominique Thorne (as Riri Williams), Michaela Coel (Aneka), Mabel Cadena (Namora) and Alex Livanalli (Attuma). This film will conclude Phase 4, though it’s unclear exactly how. Watch the trailer here.

What we learned: Phase 5 launches with the introduction of Kang the Conqueror (Jonathan Majors), who meets Scott Lang (Paul Rudd) in the Quantum Realm after Scott is mysteriously sucked there along with his daughter Cassie Lang (Kathryn Newton), Hope van Dyne (Evangeline Lilly), Hank Pym (Michael Douglas), and Janet van Dyne (Michelle Pfeiffer). In footage screened just in Hall H, Bill Murray has a cameo as an old acquaintance of Janet’s from within the Quantum Realm, but given Kang’s titular role in one of two “Avengers” titles announced on Saturday (more below), all eyes are on how Majors will reshape the narrative of the MCU. Plus, Director Peyton Reed confirmed to the crowd yet another great Marvel villain would be making a cameo in this film, “you might have seen a shot of MODOK,” Reed said.

What we learned: Co-star Cobie Smulders (Maria Hill) was on hand to preview this dark and gritty political thriller, which stars Samuel L. Jackson as Nick Fury, alongside Ben Mendelsohn (the Skrull Talos), Don Cheadle (James Rhodes), and Martin Freeman (Everett K. Ross). Joining them are Kingsley Ben-Adir (seen multiplying into several identical forms in a confrontation with Fury), Olivia Colman (seen telling Fury he’s past his prime) and Emilia Clarke (seen brandishing a gun). The overall vibe is one of paranoia and foreboding, contributing to a larger anti-heroic thread that seems to run through Phase 5. 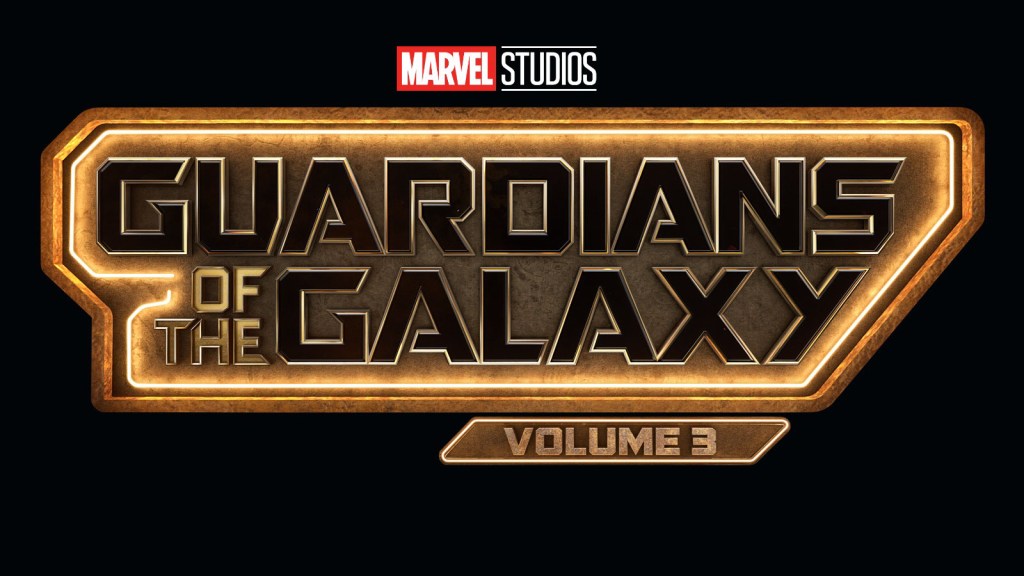 What we learned: An emotional James Gunn and his equally emotional cast — including Chris Pratt, Karen Gillan, Pom Klementieff, Sean Gunn, Will Poulter and Maria Bakalova as Cosmo the Spacedog — debuted the first look at the final Guardians film, which hinted at revealing how Rocket became a sentient, walking raccoon. Chukwudi Iwuji (formerly of DC’s “Peacemaker”) plays the High Evolutionary, and introduced himself to Hall H in character (implying that he played a role in Rocket’s transformation).

What we learned: Nothing more than the release period for the series that spins off “Hawkeye” antagonist Maya Lopez (Alaqua Cox) into her own spin-off. Sydney Freeland (“Reservation Dogs,” “Star Trek: Strange New Worlds”) and Catriona McKenzie (“The Walking Dead,” “Shining Vale”) are directing.

What we learned: The Disney+ series that introduced the multiverse to the MCU is currently filming and will debut next summer. There was nary a mention of this critically adored series, but pictures from set have been fluttering across the internet as of late.

What we learned: Feige made no casting announcements, but he confirmed that the reboot of the Marvel comics vampire franchise with Mahershala Ali — first announced in 2019 in Hall H — will be Marvel’s final feature for 2023, and starts shooting in October. Bassam Tariq (“Mogul Mowgli”) is directing.

What we learned: After her introduction in “Black Panther: Wakanda Forever,” Riri Williams (Dominique Thorne) will star in her own Disney+ series. Chinaka Hodge (“Amazing Stories,” “Snowpiercer”) is head writer, and Sam Bailey (“Dear White People”) and Angela Barnes (“Blindspotting”) are directing.

What we learned: Original launched as part of the Netflix slate of Marvel TV series (which were nominally part of the MCU), Charlie Cox’s Matt Murdock is being (fully) brought into the Marvel Studios fold with a Disney+ series that is getting an unprecedented 18-episode order for its first season. Cox’s Murdock first reappeared in 2021’s “Spider-Man: No Way Home,” and his nemesis Kingpin (Vincent D’Onofrio) popped up as the big bad on 2021’s “Hawkeye.” Both characters are set to show up on “Echo,” and it appears that Daredevil will also appear on “She-Hulk,” before returning for the main event in this series.

On Netflix, the “Daredevil” series was far more violent and bloody than anything that’s been produced by Marvel Studios directly, further suggesting that the MCU’s Phase 5 will wade deeper into the moral murk than it ever has before.

What we learned: We’ve known since the conclusion of the Disney+ series “The Falcon and the Winter Soldier” that Sam Wilson (Anthony Mackie) would return in his own feature film as Captain America. In Hall H, Feige announced the eyebrow-raising title — more anxiety and dread! — and a release date that gives the film the prime position for Marvel’s 2024 film slate.

What we learned: While “Spider-Man: No Way Home” filmmaker Jon Watts recently stepped away from directing “Fantastic 4,” Marvel Studios is full steam ahead with bringing the original Stan Lee/Jack Kirby Marvel comic book series into the MCU. The Fantastic Four and lead villain Victor Von Doom play critical roles in the comic book inspiration for the final movie in the Multiverse Saga, so launching Phase 4 with them makes sense.

What is surprising is that the entire Phase 6 run lasts less than a year.

What we learned: Similar to how “Avengers: Infinity War” set up “Avengers: Endgame,” Feige made clear that Phase 6 of the MCU — and the Multiverse Saga — will conclude with two “Avengers” movies. Given the title, it’s safe to presume that Majors’ Kang the Conqueror is the Thanos (or maybe a Thanos) of the Multiverse Saga.

What we learned: After many fans — and some entertainment publications — wondered aloud this year about where, exactly, the MCU was heading, Feige took the time in Hall H to finally say: Here.

“Secret Wars” points to a Marvel comics crossover miniseries from 2015 that involves an incursion between the main Marvel universe (Earth-616) and the Ultimate Marvel universe (Earth-1610) leading to the destruction of both. In its wake, many variants of Marvel characters find themselves living in a post-apocalyptic planet called Battleworld.

It is unclear, and will be for some time, how much Marvel Studios will draw from the 2015 “Secret Wars” — or the mid-1980s “Secret Wars” miniseries that inspired it. But perhaps the most important detail is what happened after the “Secret Wars”: Marvel Studios effectively rebooted, launching “all-new, all-different” versions of many of its most beloved titles, as some (but not all) characters from the 616 an 1610 universes found themselves living within a somewhat rebooted timeline.

Could the same be in store for the MCU? Only time(lines) will tell.