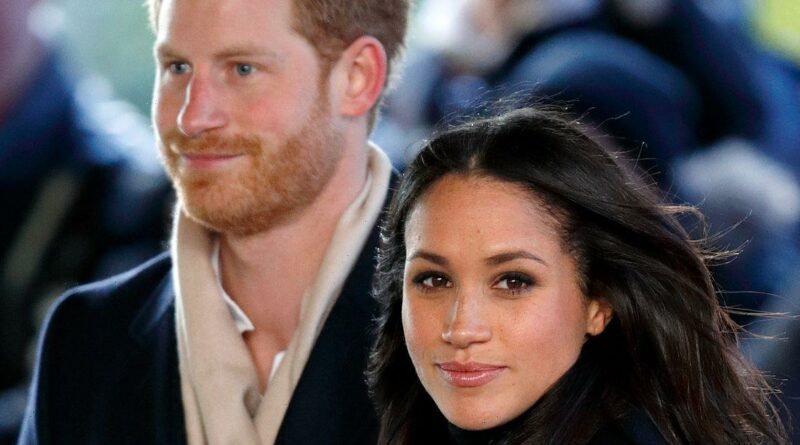 Prince Harry and Meghan Markle were in search of privacy and freedom when they left the UK – and the Royal Family – for their new life in LA.

But their ambitions to 'do good' have seemingly backfired with recent events showing the couple are more trapped than ever before, royal biographer Duncan Larcombe claims.

"If freedom is being able to say what you want, when you want, to whoever you choose to speak to, then Harry has found a degree of freedom," Mr Larcombe explains.

"But if freedom is having good will behind you to live in peace, being able to live life as you want it, or being at peace with the people you've rowed with, then freedom has not been achieved.

"It’s backfired. Harry and Meghan seem to have totally isolated themselves – they’re more trapped than ever in this new life they’ve created."

Last year, Harry and Meghan’s biography Finding Freedom detailed how the pair had felt liberated after moving to the States and leaving royalty behind them.

Stepping away has certainly allowed them to pick and choose work projects. The couple have signed multi-million pound deals with Netflix, Spotify and Apple TV.

Harry has also made a deal with Penguin Random House to write a tell-all memoir, which is due to be released next year and bring in a staggering £29million.

But Duncan says: "With these deals, there’s tremendous pressure on Harry and Meghan to deliver and make a success of their life in America.

"They’ve caused such an uproar – for both the royal family and in the media – that they don’t really have the option of failing. It would be the ultimate humiliation. If Netflix aren’t happy and the production doesn’t get the audiences that they’re expecting, they won’t give them another contract.

"Harry’s spectacular fall-out with his family has been heartbreaking to watch. He clearly has a lot of anger and bitterness that has built up over the years from his time in the Royal Family.

"He’s going through therapy, but the best way to heal is to make amends with loved ones.

"All he seems to have done is to damage his relationship with his family, and the book he has coming out next year certainly risks him being cut off for good, so I don’t think he’ll be able to feel free and at peace if that happens."

In 2017, Harry and Meghan were both in the UK’s top six most popular members of the Royal Family. But a poll in 2021 revealed that they were in 13th and 14th place, only just above Prince Andrew.

The couple have faced a huge backlash for criticising the royals and making 'hypocritical' statements about climate change while using private jets to travel to charity events.

Meanwhile, Meghan’s children’s book The Bench flopped in the UK after failing to make the top 50 bestsellers’ list in its first week.

Duncan says: "I’ve reported on Harry since he was a teenager and he was the most popular member of the Royal Family. And going from that to where he is now must be really hard for him and probably adds to his anger.

"Meghan too was so welcomed in the beginning, but now the UK has lost trust in her. Their popularity has totally nosedived.

"It’s worrying to think what Harry has left if his American life fails for him. I don’t think he’ll be welcomed back as a working royal, but he would as a brother, son and grandson.

"If Harry’s not on the balcony at Buckingham Palace, waving to the crowds, on the day his father or his brother becomes King, then I think the public will be done with him."

For the latest updates on the Royal Family, sign up to OK!'s daily newsletter.