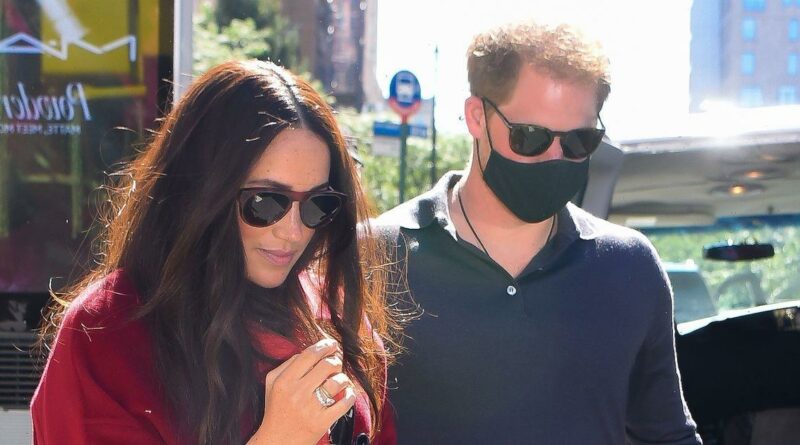 Meghan Markle and Prince Harry made it clear they didn't want to raise their children via the standard practices of the British Royal Family after they stepped back from their duties and jetted over to the US – and it could be a while until we see any new images of their two children.

Whilst the Duke and Duchess of Sussex's two year old son Archie's pregnancy and birth was fairly well-documented, the couple managed to keep the majority of the details surrounding their four month old daughter Lilibet's birth pretty under-wraps.

Royal fans will be familiar with how it all goes; the public are often introduced to a newborn family member via a photocall a matter of hours after their birth, and we can expect regular updates as the child grows up and hits those milestone moments.

But despite Meghan and Harry's second child being born this June, we've yet to see a single photo of her, or an updated image of their eldest, Archie.

May 2021 was the last time anyone saw a snap of the red-headed toddler, who by now looks the spitting image of both his parents sporting both mum Meghan's kind brown eyes and dad Harry's flame-coloured hair.

Prior to the snaps revealed in May, the public had enjoyed semi-regular updates on the youngest royal family member, but over recent months its seeming more and more likely that royal fans have been cut-off.

A royal expert has recently spoken about the reasons behind Meghan and Harry's secrecy, and why they could very well keep their children's lives completely private until they are adults.

Speaking to The Daily Beast, author and expert on all things royal Christopher Anderson, said that proud dad Prince Harry "wants to shield them from the trauma" of the paparazzi.

Explaining that both the royal children would inevitably face "hounding by an intrusive paparazzi" as they grow up, Christopher stated he wouldn't be surprised if this was the last we'd seen of the young Sussexes.

Both Meghan and husband Harry – who wed in May 2018 – have worked hard to maintain as much privacy as possible when it comes to family life, and even cited it as one of their main reasons for stepping down from their senior royal duties.

So it's not too much of a stretch to assume their long sought-after privacy could also mean protecting their youngsters from the public eye.

Anderson, who was the author of the 2001 book 'Diana’s Boys' told The Daily Beast: "I’m sure Harry especially wants to shield them [Archie and Lillibet] from that trauma as long as humanly possible, so that his children can have something akin to the proverbial ‘normal’ childhood.”

It's thought that prior to their Stateside move, Harry "hated" having to give any media access to Archie, and the couple have proven that they aren't adverse to using legal action against those who can't respect their want and need for privacy.

Not too long after their 2020 move, Meghan and Harry sued a photo agency who used a drone to capture images of baby Archie whilst he was out on a walk with maternal grandmother Doria.

Archie and Lillibet's childhoods will undoubtedly be worlds away from their cousins', as Prince William and Kate's three kids Prince George, Princess Charlotte and Prince Louis have spent their entire lives posing for formal snaps, even having paparazzi document their first days at school.

For the latest gossip on your favourite royals, sign up to our daily newsletter here