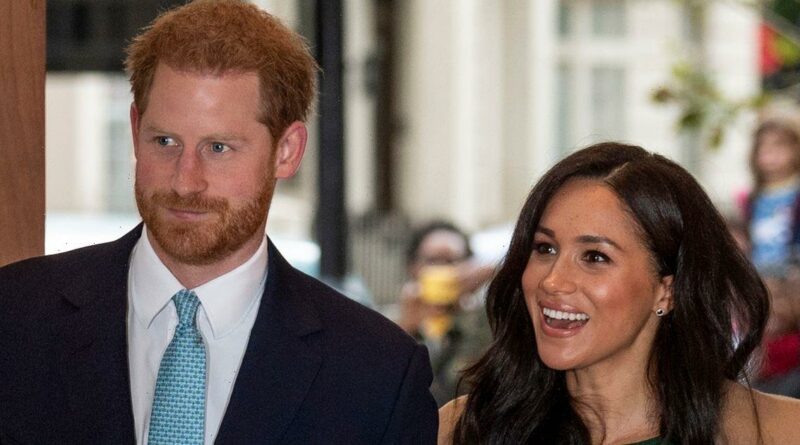 Whether it's speaking at a UN Women conference or walking down the aisle as millions watch across the glob, Meghan Markle’s confidence is palpable.

Even in the days following her engagement to Prince Harry, the Duchess of Sussex appeared undaunted as she transitioned from Hollywood actress to a member of the Royal Family.

But it seems following the birth of her first child Archie back in 2019, Meghan was facing the same insecurities as many new mums.

As the couple spoke to award winner Emmie Narayn-Nicholas, 10, and her mum Eve, Prince Harry comforted Meghan about her appearance.

Eve said: "They were very lovely. When she sat down I said, 'Oh you look amazing and you’ve just had a baby'.

"Prince Harry then turned and said 'See I told you!' in a way that we would.

"It did feel like they were very down to earth."

Following the birth of Archie, royal expert Kate Nicholl revealed Meghan was gently easing herself back into exercise.

Speaking to ET , she said: “She has been taking it easy. And I hear that yoga is very much on her post-birth fitness regime – nothing too strenuous.”

Meghan was also reportedly sticking to walks around Windsor Great Park, rather than resuming her usual regime which involves weights and cardio.

“She's apparently not in any hurry to ping back into shape. She's enjoying this time. She's being gentle to herself,” added Nicholl.

What’s refreshing about this small interaction is it shows how someone as reassured and remarkable as Meghan can still experience twinges of doubt every so often.

“Meghan chipped away just a little bit at the insane expectation that we should emerge physically unchanged from the process of creating a human and then promising to nurture it into adulthood, all while going through a hurricane of blood, sweat, and human emotion,”Vanity Fairwrote.

Stay up to date with Meghan Markle and the Royal Family by signing up to OK!'s daily celebrity newsletter.