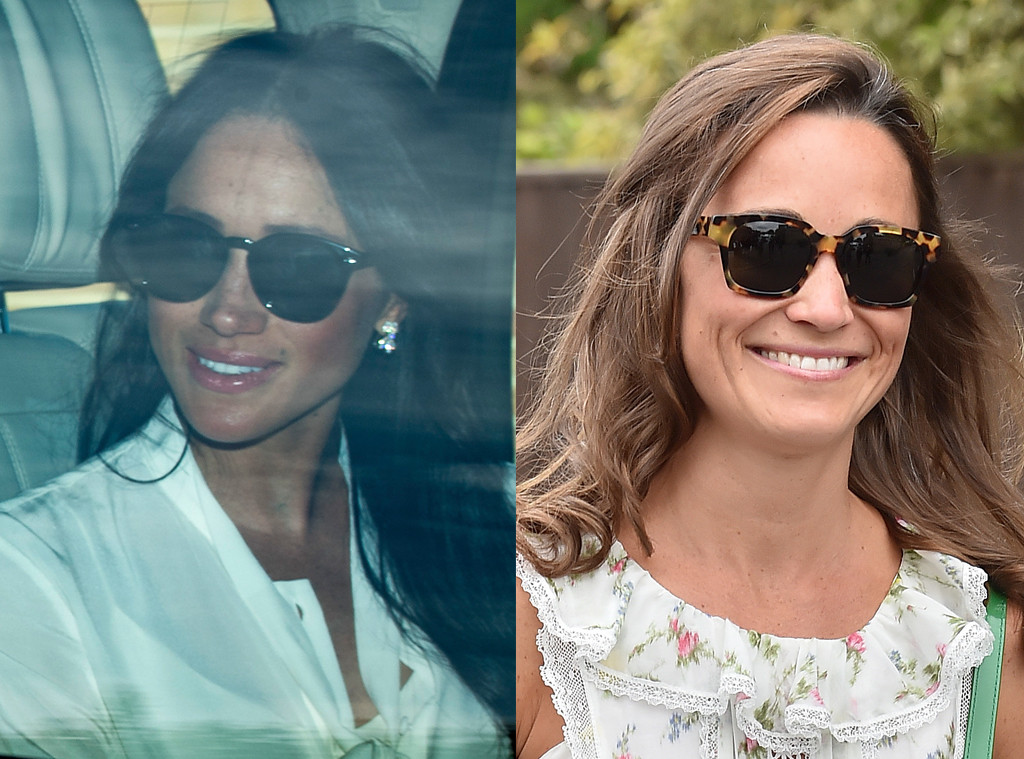 Pippa Middleton, is that you?

Meghan Markle was photographed at Windsor Castle on Thursday, giving us major Pippa vibes in her stylish sunglasses, cream silk blouse by Tuxe and diamond and white gold earrings by Birks. Cameras caught the bride-to-be leaving wedding rehearsals at the venue alongside Prince Harry, two days before they tie the knot.

While Pippa was not photographed at the rehearsals, her sister Kate Middleton was, along with Prince William and Prince George. It was previously announced that William will be Harry’s best man at the May 19 ceremony, while George will be one of the page boys and Princess Charlotte will be a bridesmaid. 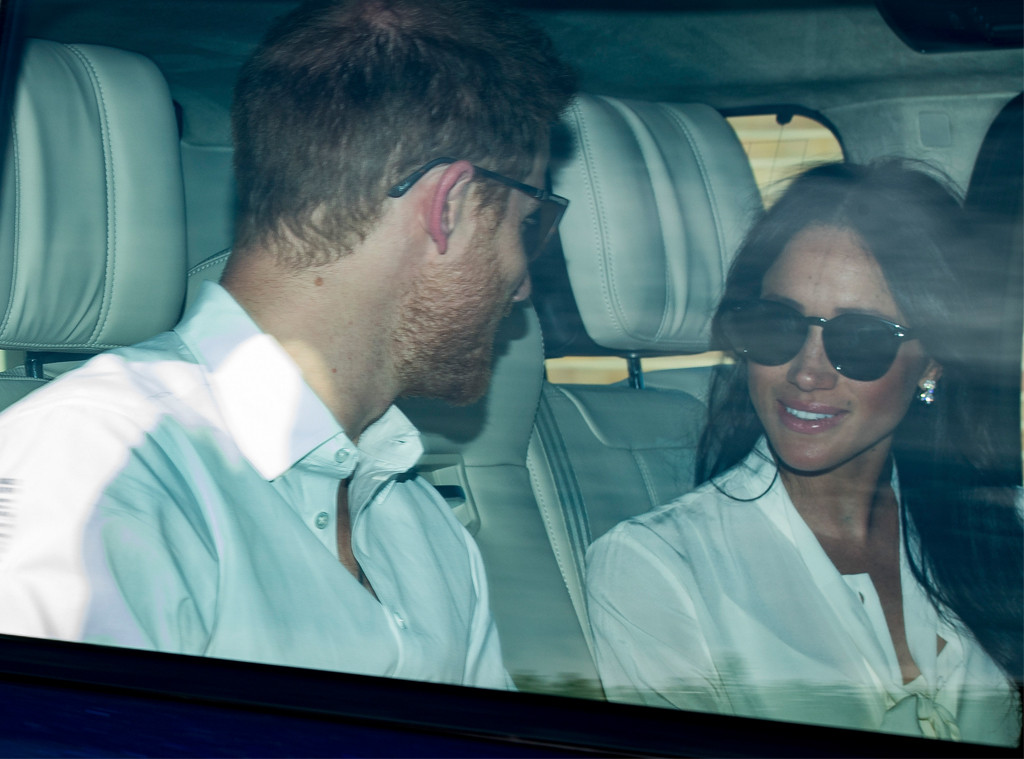 While this was seemingly a very exciting day for Harry and Meghan, the couple’s wedding rehearsal did follow shortly after Meghan confirmed that her dad, Thomas Markle, wouldn’t be in attendance at the royal wedding.

“Sadly, my father will not be attending our wedding. I have always cared for my father and hope he can be given the space he needs to focus on his health,” Meghan said in a statement, released by Kensington Palace on Thursday morning. “I would like to thank everyone who has offered generous messages of support. Please know how much Harry and I look forward to sharing our special day with you on Saturday.”

This statement from Meghan followed one day after Thomas underwent heart surgery.

E! News learned earlier today that Meghan, Doria and Harry enjoyed afternoon tea with Charles and Camilla at Clarence House on Wednesday. E! News also learned it was a pleasant affair. Everyone got on very well and it was a happy day.