Since Prince Harry and Meghan Markle announced their engagement, we have been excited about every single detail regarding the royal family. Just by the amount of people who tuned into the royal wedding, it’s safe to say that Buckingham Palace isn’t leaving our radar screen anytime soon. In recent royalty news, the Queen’s Birthday Parade took place on June 9, and our new sisters-in-law were, of course, fashionably in attendance. And since we never seem to get our invites in time, we’ll have to rely on Meghan Markle and Kate Middleton’s body language to clue us in on how that new kinship is really progressing.

Let’s first go over how big the Queen’s birthday parade actually is. Not only is she greeted by more than 1000 men and officers, but hundreds of horses and musicians are also part of the festivities, according to The Household Division. If your fairy tale senses weren’t already tingling, at some point, the queen rides in a carriage back to her beloved Buckingham Palace.

Now that you get the gist of the kind of event Kate Middleton and Meghan Markle were photographed at, you’re probably dying to know what their body language conveyed. Aren’t we all? I mean, obviously they were dressed in the cutest fascinator hats, but we must know more. Elite Daily spoke with several experts about what these two are communicating without speaking, and this is what they caught on to. 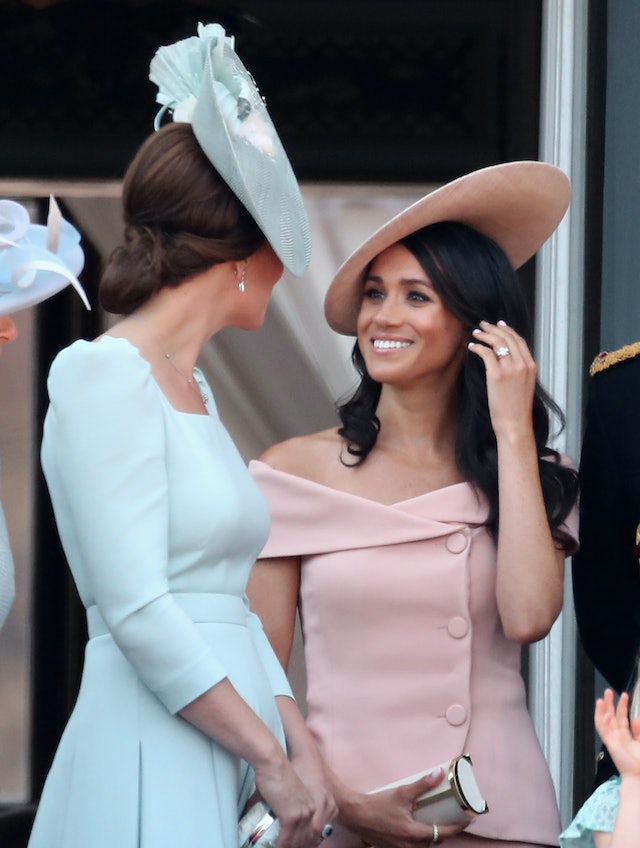 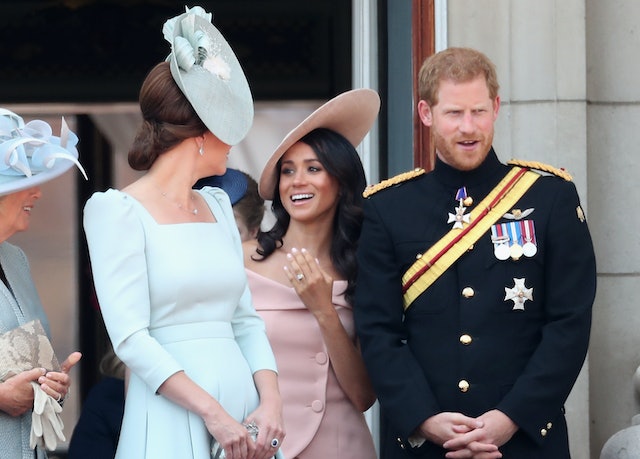 Marrying into a royal family is no joke. Meghan literally had to adjust to a totally new way of life with traditions and rules that have been going on long before her and Prince Harry locked eyes. Sure, she was a celebrity before, but it’s a different kind of fame for her these days. Body language expert Blanca Cobb tells Elite Daily, "Although Meghan is accustomed to the limelight as a celebrity, [the] scrutiny of the limelight as a member of the Royal family can be more fierce than what she’s used to."

If you notice in this picture, and snaps of these two at other events, Kate appears as though she has taken Meghan under her wing because she has been under the royal spotlight a bit longer than Meghan.

According to Brown, "Kate seems to be checking on Meghan. At public events we’ve always seen her take that big sister approach, and this is no different." These two are sisters now, so it was only a matter of time before we started seeing that sweet connection unfold.

A picture tells a thousand words, and thank goodness it does, or else we wouldn’t be able to decipher clues about the dynamics of this royal family. Yes, we swoon and awe, but it’s all out of true adoration for our IRL fairy tale.