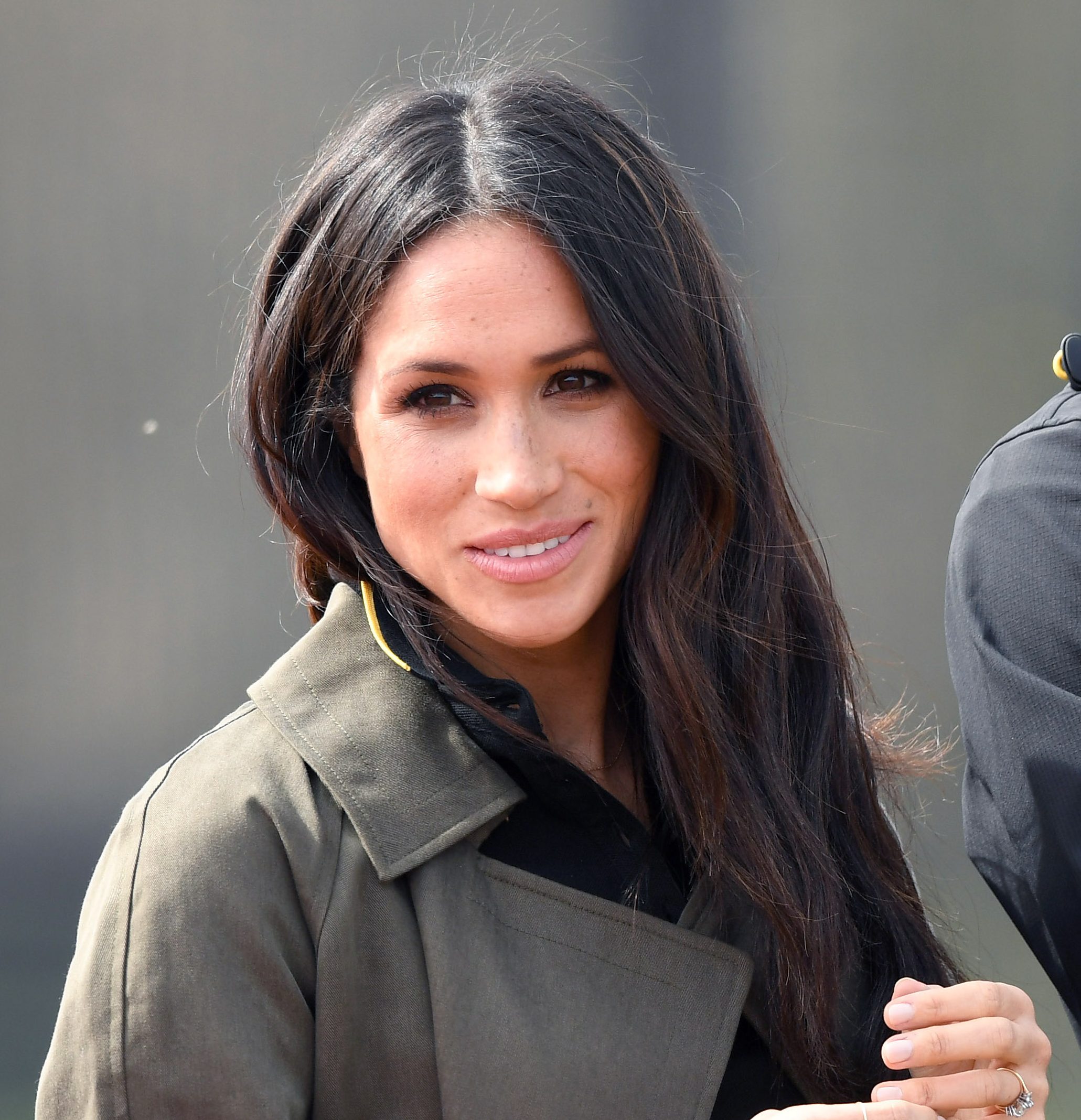 With less than two weeks to go until the royal wedding on Saturday, May 19, speculation over who will be designing Meghan Markle’s dress has reached full tilt as the world anxiously waits to see what the former Suits actress chooses to wear for her big day. But while we don’t yet know the style, Us can confirm that Meghan’s wedding dress is already safely hidden away in Windsor. Also confirmed: Markle will show Queen Elizabeth II the dress — just as Kate Middleton did three weeks before her 2011 nuptials — this week or possibly next.

We can only assume Meg is excited to show off the design, for the actress’ longtime friend Priyanka Chopra seemingly confirmed to Andy Cohen just last week on Watch What Happens Live that the bride-to-be got emotional during the dress-picking process. Cohen asked the actress if Markle shed a tear when she found her wedding gown, and, rather than answer the question, Chopra smiled and buried her face in her hands. We’ll take that as a yes.

Details on the dress itself have been scarce, but we do know that Meghan once spoke about her love of Carolyn Bessette Kennedy’s simple white slip dress. While royal protocol will likely dictate something a bit more ornate, Meg certainly has the best dressmakers in the world at her fingertips to design it.

Meghan Markle’s Engagement Style: Her Best Fashion Moments on the Road to Becoming a Royal

Earlier this month, the rumor mill ran wild that Ralph & Russo, the British fashion house behind the couture confection Meg wore in one of her official engagement photos late last year, was prepping something for the big day after designers Tamara Ralph and Michael Russo were both spotted in London (they usually split time between their U.K., Paris and Australia studios).

There has been no confirmation beyond the initial paparazzi sleuthing, but, along with fellow designers like Stewart Parvin (the Queen’s dressmaker), Jenny Packham, Victoria Beckham and Sarah Burton, who designed Kate’s iconic dress, they certainly have a shot at being tapped for the occasion!