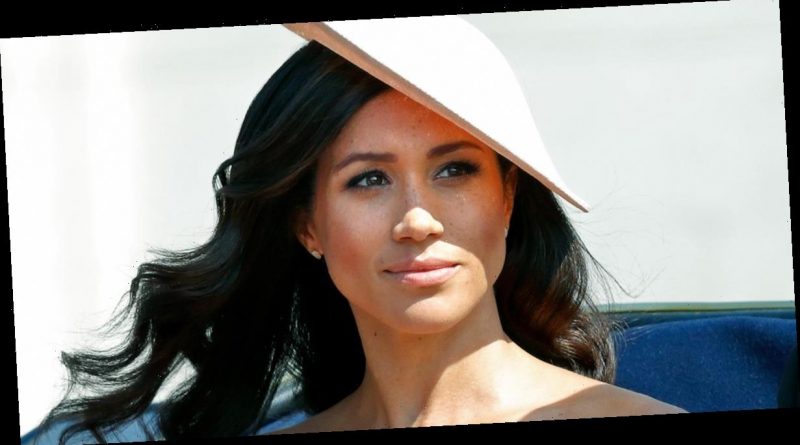 Meghan Markle, Prince Harry and Oprah Winfrey’s tell-all interview is set to air on CBS in the USA in just a matter of hours.

In the teaser for the chat, Prince Harry emotionally reveals his "biggest concern was history repeating itself," referencing the tragic 1997 death of his mother Princess Diana.

It’s believed the couple will also chat about Meghan, who stuns in Giorgio Armani in the interview, “stepping into life as a royal, marriage, motherhood,” according to CBS.

In the lead up to the big interview there’s been a lot of discussion surrounding what we can expect, and a string of famous faces have put themselves in Meghan’s corner.

Defending the former Suits actress ahead of the interview airing, a few celebrities have stood up for the pregnant 39 year old.

The actor, who previously said 'pure fear' stops him contacting her, spoke about his friend's character and slammed the British press and the Royal family.

In his Twitter defence of Meghan, he said: “Meghan Markle and I spent the better part of a decade working together on Suits. From day one she was an enthusiastic, kind, cooperative, giving, joyful and supportive member of our television family. She remained that person and colleague as fame, prestige and power accrued.

“She has always been a powerful woman with a deep sense of morality and a fierce work ethic and has never been afraid to speak up, be heard and defend herself and those she holds dear. Like the rest of the world, I have watched her navigate the last few years in astonishment.

“She fell in love, moved to a new country, became a household name across the entire globe and began the difficult work of trying to find her place in a family dynamic that can at best be described at complicated and at worst, seemingly archaic and toxic."

The Canadian star went on to share his frustration about the way Meghan, 39, has been treated over the years.

He continued: "It sickened me to read the endless racist, slanderous, clickbaiting vitriol spewed in her direction from all manner of media across the UK and the world.

"It's OBSCENE that the Royal Family, who's newest member is currently GROWING INSIDE OF HER, is promoting and amplifying accusations of "bullying" against a woman who herself was basically forced to flea the UK in order to protect her family and her own mental health," he shared.

"IMO, this newest chapter and it's timing is just another stunning example of the shamelessness of a institution that has outlived its relevance, is way overdrawn on credibility and apparently bankrupt of decency."

Patrick concluded his post by writing: "Find someone else to admonish, berate and torment. My friend Meghan is way out of your league.”

CBS This Morning host Gayle King, 66, whose mansion in California is the location for the Meghan and Oprah chat, has also rushed to Meghan’s defence.

Speaking on Friday as she introduced a new teaser clip of the interview Gayle question the senior royal aides for launching an investigation into the bullying claims made against Meghan.

"The Palace – also known as The Firm – has launched what appears to be a full-scale takedown of Meghan which is raging in the UK right now, saying she was a mean girl who mistreated staff, and if you meet Meghan Markle nothing could be further from the truth," she told viewers.

“I was thinking, how is that investigation going with Prince Andrew who was a friend and associate of Jeffrey Epstein, and there were allegations of sleeping with underage girls? We've interviewed some of those girls, who are now women, who have told that story.

"But they appear to be on a huge takedown of Meghan. And what a coinkidink that these [bullying] allegations first surfaced in 2018 and he Palace has decided to investigate them now," she added.

Chrissy Teigen was another star who rushed to Twitter to defend pregnant Meghan’s character.

“This Meghan Markle s**t is hitting too close to home for me,” she penned, continuing: “These people won’t stop until she miscarries. F**king stop it."

Chance The Rapper took to twitter on March 3 to defend Meghan as the bully claims emerged, writing: “Do y’all find yourselves getting mad as HELL every time they talk sideways about the Duchess Meghan?”

“Those British papers really cannot tolerate that Prince Harry loves a black woman. He was right to leave. I don’t even think it was a hard decision. They will never ever stop trying to tear Meghan apart. It’s absolutely grotesque,” she said.

Roxane continued: “And for his family to question that decision, and do all these passive aggressive things to try and get ahead of the Oprah interview. To punish him for protecting his wife and babies. Smh. It’s a shame. I know they are fine but I feel for them nonetheless.”

British actress Jameela Jamil rushed to Meghan’s defence, writing: “IF THIS IS WHAT THE ROYAL FAMILY IS COMFORTABLE DOING TO A HEAVILY PREGNANT WOMAN PUBLICLY…. can we even IMAGINE what they put her through privately? They seem terrified. Her interview hasn’t even aired yet. What are they covering up? The stench of their desperation is rotten,” she wrote.

The long-time friend of Meghan’s, who played lawyer Dana "Scottie" Scott on the hit show, shared a rare insight into her friendship with Meghan.

“There are some people who are so bright and exude such deep purpose that they change the molecules in the air simply through their being,” she said.

She continued: “She was all of this from the moment I met her fourteen years ago. And remains so to this day. In the face of darkness, she shows up in light and in love. When they go low, she goes high. Again and again.

“She works tirelessly – and often quietly – for the causes she believes in.”

The Suits star also recalled mourning the loss of her father and a painful break-up with Meghan right by her side.

She's taken my son in as her own. I can't tell you the value of having another working mother I can lean on when with the pressures of visibility & child-rearing woes become overwhelming," she wrote.

"She's always been a safe harbour for me, someone I can fall apart in front of… and with.”

Selling Sunset star Chrishell Stause was quick to rush to Meghan’s defence and despite not being a close pal of Meghan’s she issued a plea for clear-headedness.

Chris hell wrote: “My timeline is very pro Meghan Markle which I love. But I just scrolled some of the comments on a news site's post & it was almost shocking that people hate her so much.

"I worry about people's sanity who can attach so much hate to someone they don't know."