While they can typically be pretty hit or miss, Meghan Markle’s Madame Tussauds wax figure was revealed in London on May 9 — and, honestly, it looks really real. It even includes the facial feature that Markle loves most: her trademark freckles. The famous museum unveiled her replica in anticipation of the royal wedding, and fans can get up-close-and-personal with the (fake) soon-to-be duchess starting on May 19, according to the Madame Tussauds website.

Markle’s statue was styled to reflect her appearance during the couple’s engagement announcement, the museum’s website notes, and is dressed in a hunter green P.A.R.O.S.H shift. It also includes a carbon copy of her Cleave and Company-crafted engagement ring, but it’s safe to assume that the one her figure is wearing does not include diamonds from Botswana and Princess Diana’s personal collection.

Most importantly, though, Markle’s wax figure kept her freckles in tact. The former actor spoke to Allure in March 2017, and told the magazine that she couldn’t stand it when the facial feature got eliminated in photos. "To this day, my pet peeve is when my skin tone is changed and my freckles are airbrushed out of a photo shoot," Markle said.

She went on to recount a sweet adage about her signature trait, saying, "For all my freckle-faced friends out there, I will share with you something my dad told me when I was younger: ‘A face without freckles is a night without stars.’” Aw. Definitely stealing that. 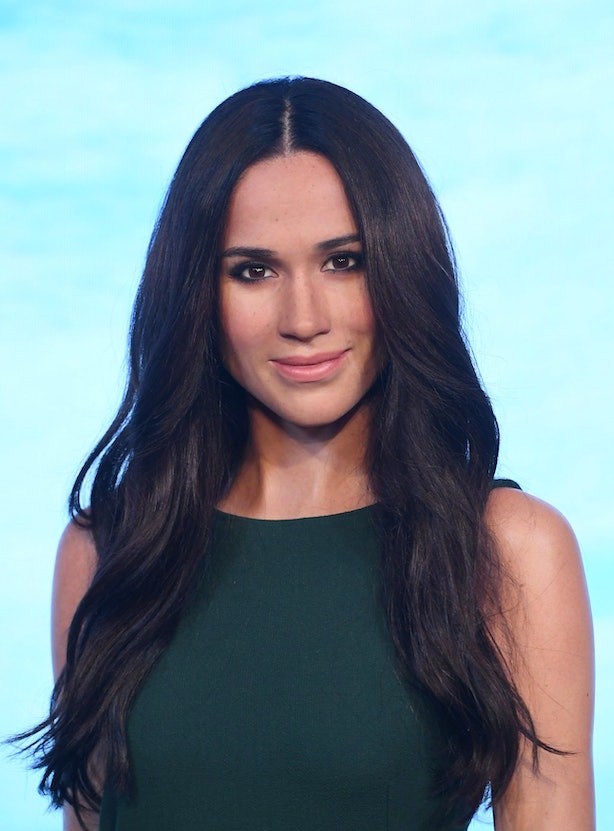 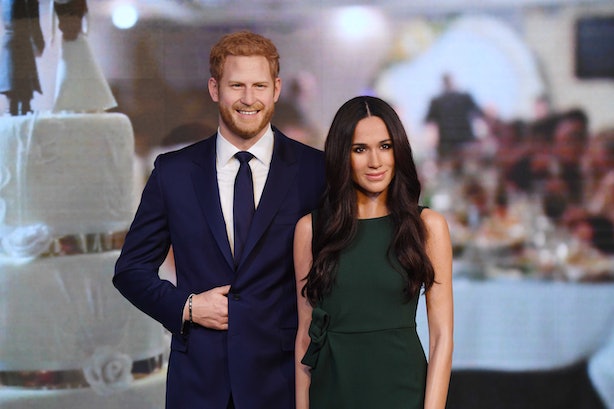 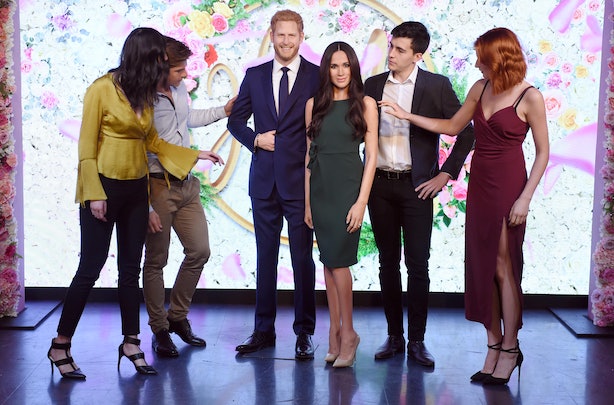 In all seriousness, Markle is super lucky that her replica does her justice, because that’s definitely not always the case when it comes to wax figures. Prince William and Kate Middleton’s wax figures are actually pretty good, but remember what happened to stars like Kim Kardashian, Justin Bieber, and Emma Watson? Oof. Not the best work.

If you’re not in New York or London, though, and still want to see Markle and Harry up close, your best bet is to head to the movies on May 19. 200 theaters across the U.S. will be showing the royal wedding — titled "Harry & Meghan: The Royal Wedding" — on the big-screens, which will undoubtedly give you a pretty good view of everything, including Markle’s signature freckles.