Meghan and Harry’s bridesmaid Ivy Mulroney has shared her sweet nickname for her pigtails.

The Duchess of Sussex’s best friend, stylist Jessica Mulroney, posted a clip of her four-year-old daughter on Instagram, in which she can be heard saying to her little girl: ‘You’re sporting a new look today.’

Beaming Ivy, whose long brown hair is in pigtails, grabs them and replies: ‘It’s pinktails!’

Mother-of-three Jessica, who is married to Ben Mulroney, the son of a former Canadian Prime Minister, shared the adorable clip on her Instagram feed with the caption: ‘You know how kids always mispronounce a word and you will forever remember it that way. This is Ivy’s.’ 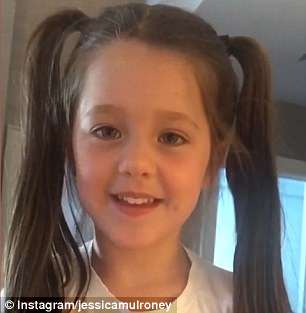 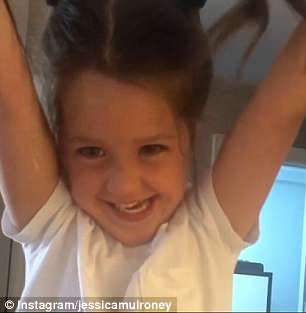 Jessica prompts her daughter again in the video from behind the camera phone, asking: ‘Pink tails? Or Pigtails?’

Less than a month ago Ivy charmed the world as one of Meghan’s adorable young attendants at her Windsor Castle to Prince Harry on May 19th.

Her older twin brothers, seven-year-old Brian and John Mulroney, served as pageboys on the big day. 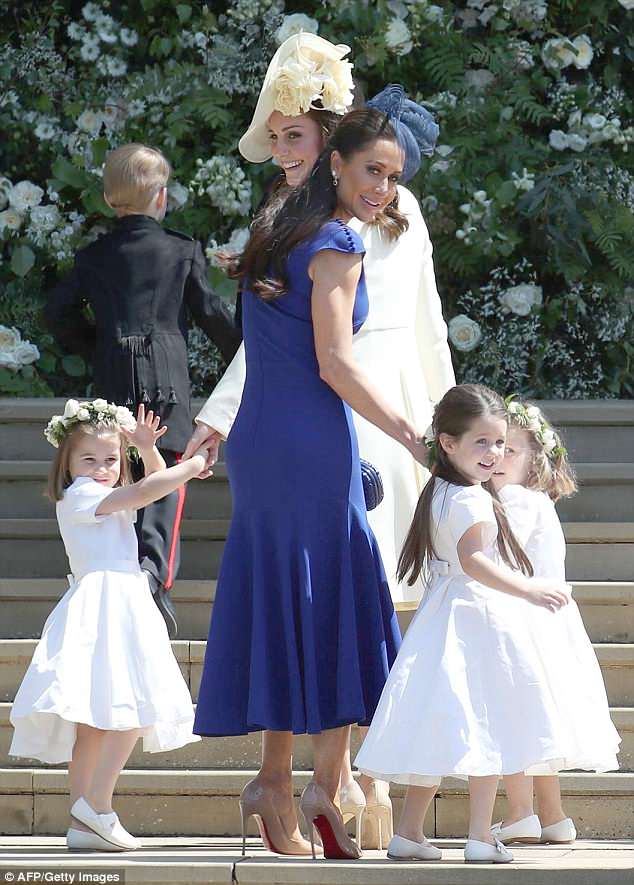 Ivy Mulroney is seen with her mother, Jessica Mulroney, Princess Charlotte and the Duchess of Cambridge outside St George’s Chapel in Windsor on Meghan and Harry’s wedding day 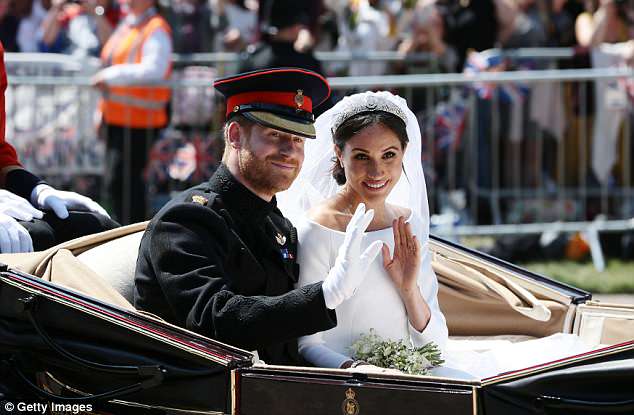 Harry and Meghan chose Ivy as one of their flowergirls. Her big brothers, Brian and John, were pageboys on the big day

The Mulroney children joined the oldest children of the Duke and Duchess of Cambridge, Prince George and Princess Charlotte, in the wedding party.

Jasper Dyer, the son of Mark Dyer, former Royal Equerry to Prince Charles, was also a pageboy at the royal wedding. 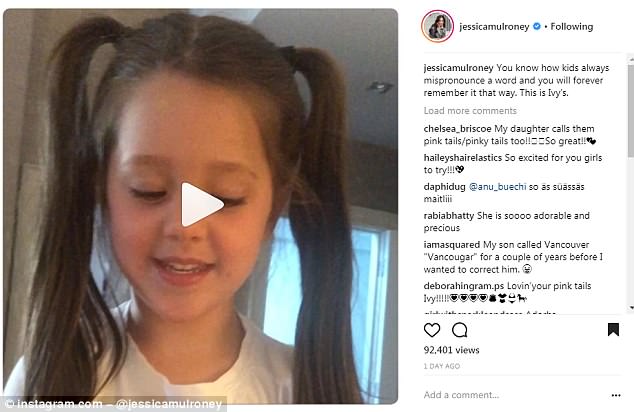 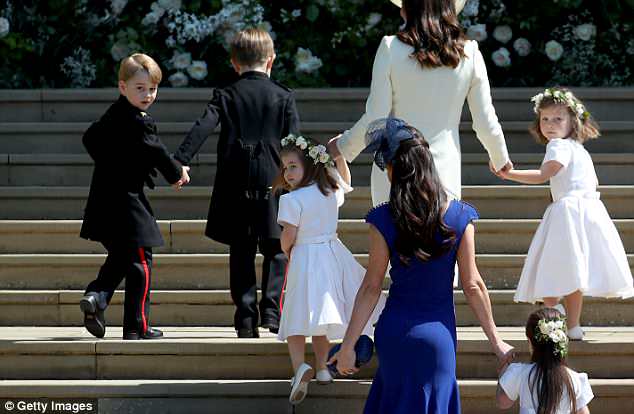 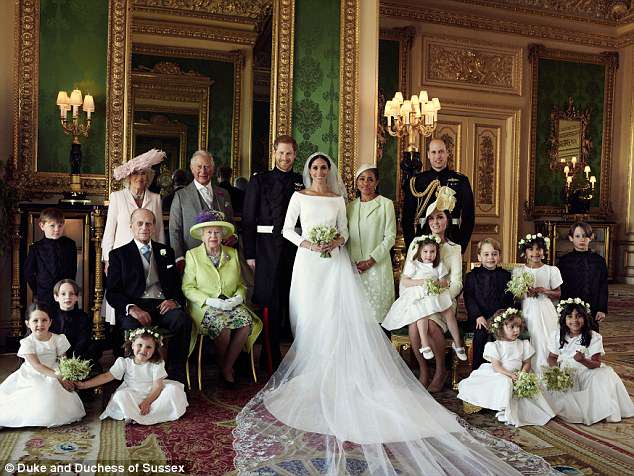 Four-year-old Ivy Mulroney, seen left on the front row, charmed the world as one of Meghan and Harry’s flower girls on their wedding day last month

Ivy’s big brother Brian stole the show on the wedding day, when cameras captured his delighted gap-toothed grin from behind the bride’s shoulder as a trumpets signalled her arrival at the doors of St George’s Chapel.

After shots of the pageboy barely able to contain his excitement went viral, his father Ben, the son of the former Canadian PM Martin Mulroney, joked on Instagram that the little boy would be rewarded with a TV in his bedroom for the summer.

The Canada-based Mulroney family grew close to the Duchess of Sussex while she was living in Toronto and starring in the legal drama Suits.

Jessica, 38, who dazzled on the wedding day in a fitted blue dress by Di Carlo Couture, is believed to have helped Meghan with planning the spectacular Windsor event, which featured stunning white flowers by society florist Philipa Craddock, trendy bowl food, a mini Elton John concert and an intimate after-party at Frogmore House.