Meghan’s ‘sister wife’ jets in! Suits co-star Sarah Rafferty is the latest member of Meghan’s girl squad to arrive in London to support the bride amid drama over her father’s absence

Her father Thomas Markle will be notably absent for her big day, but luckily Meghan Markle has her girl squad for support – with former Suits co-star Sarah Rafferty being the latest arrival in London for the royal wedding.

The bride is no doubt delighted by the arrival of her friend who she previously described as ‘not just my Suits sister wife, but my sister’.

The mother-of-two was spotted taking in the sights with her daughters Oona and Iris ahead of the big day, pausing for a quick royal photo opportunity outside Buckingham Palace.

Her husband Aleksanteri Olli-Pekka Seppala took a snap while his wife and daughters posed, before the family departed in a black cab.

Sarah, 45, played Donna Paulsen alongside Meghan in the hit legal drama and has appeared in numerous TV series including Law & Order and Six Feet Under. 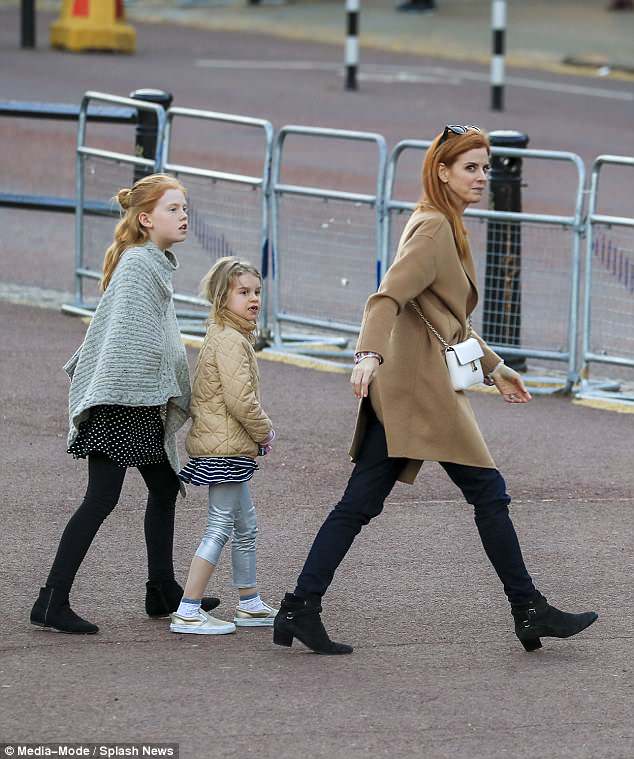 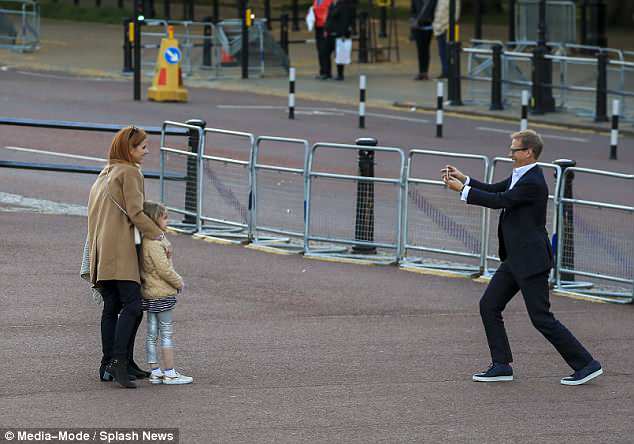 Well, it is the royal wedding! Sarah’s husband Aleksanteri Olli-Pekka Seppala took a snap while his wife and daughters outside Buckingham Palace during the outing 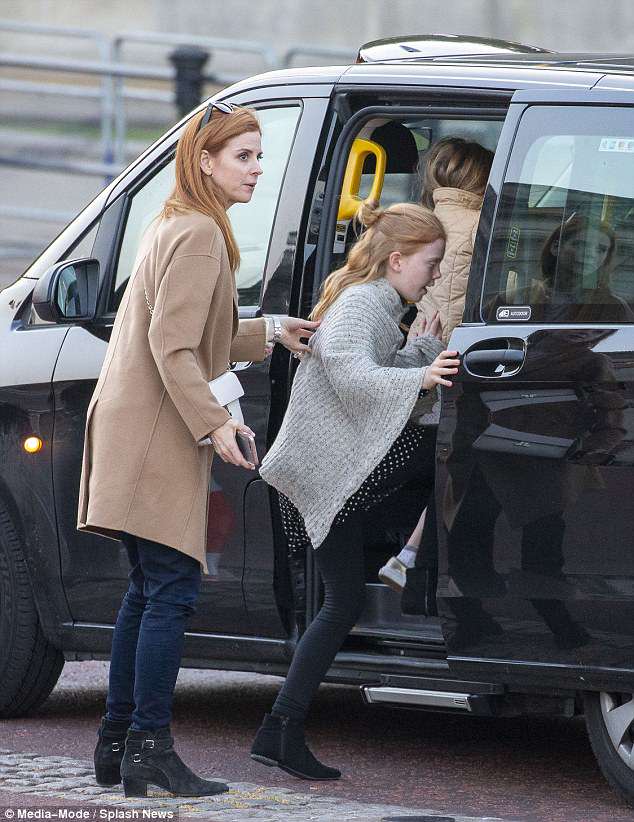 Seeing the sights: Sarah and her girls were spotted climbing into a black cab after a photo opp outside Buckingham Palace 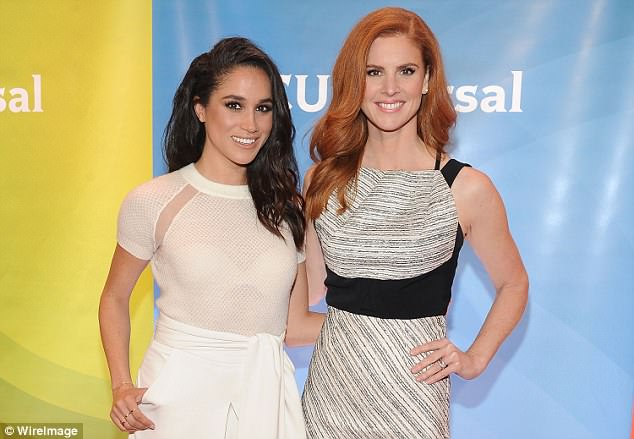 She’s the latest member of the Suits cast to be spotted in the UK ahead of the big day at Windsor Castle on Saturday.

On Wednesday afternoon, 46-year-old Gabriel Macht, who plays formidable lawyer Harvey Specter on the show, uploaded a romantic snapshot of himself nuzzling his smiling wife Jacinda Barrett as they relaxed by the water in Hyde Park.

And Rick Hoffman, who plays highly-strung cat-loving lawyer Louis Litt, took to Instagram in the early hours of Wednesday to share a video as he prepared to travel ‘east’.

Other pals who have already touched down include style queen Jessica Mulroney who arrived at Heathrow yesterday with her husband Ben and their three children. 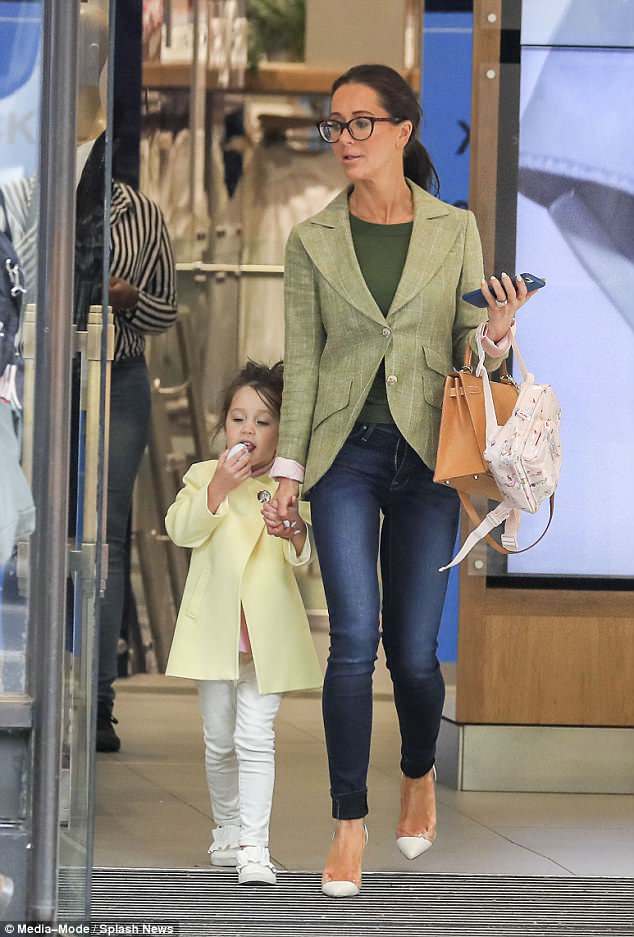 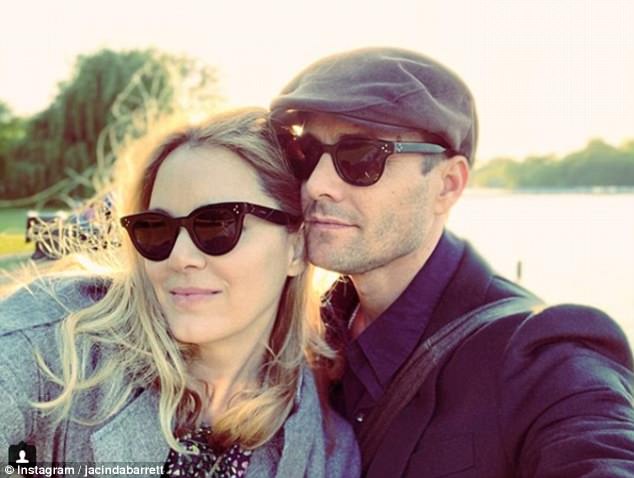 Jacinda Barrett, who had a recurring role on Suits from 2012 until 2013, and also is married to Meghan’s former co-star Gabriel Macht shared a snap from Hyde Park on Saturday 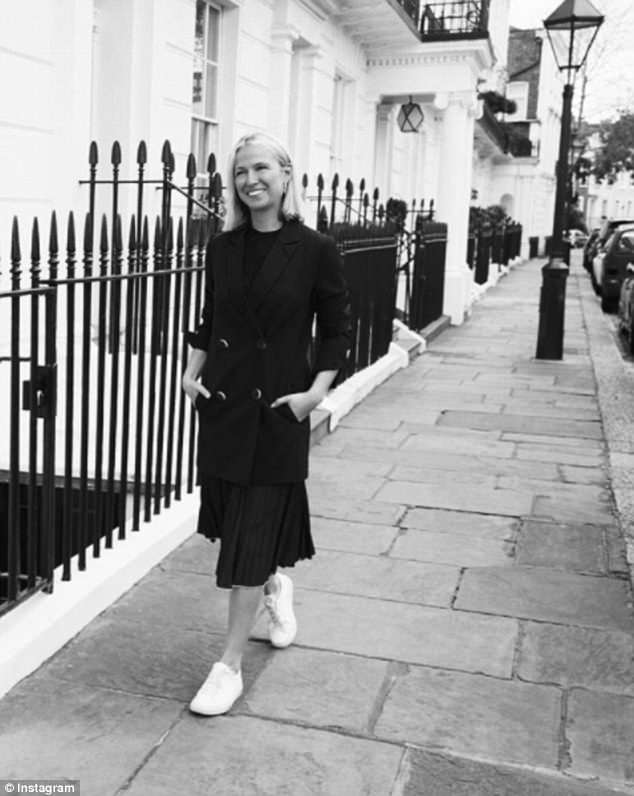 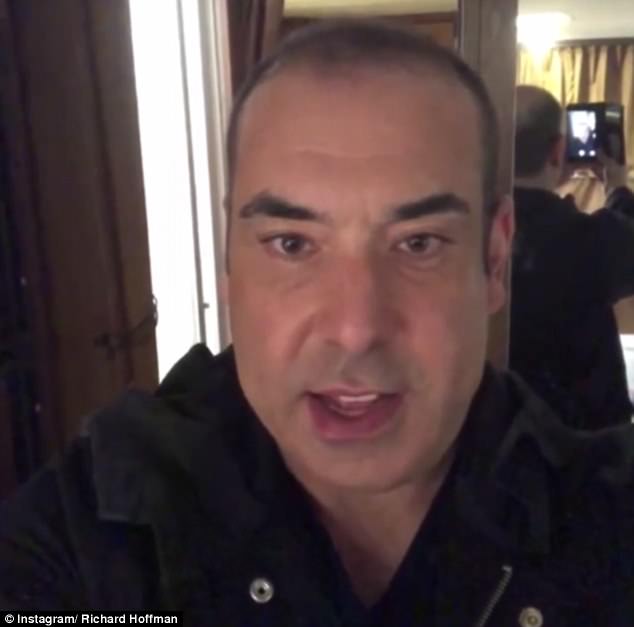 Another Suits actor, Rick Hoffman, revealed on Instagram that he was heading east for a ‘special event’

The youngsters will play prominent roles in the royal wedding, with seven-year-old twins Brian and John acting as page boys and Ivy, four, joining Princess Charlotte as a bridesmaid.

Within hours of landing Jessica and daughter Ivy were dropped off near Kensington High Street, fuelling speculation that the family, who live in Toronto, could be staying at nearby Kensington Palace ahead of the wedding.

Rumoured matchmaker Misha Nonoo has also arrived in London, sharing a black-and-white snap of herself in the capital captioned ‘#womnonthego’. 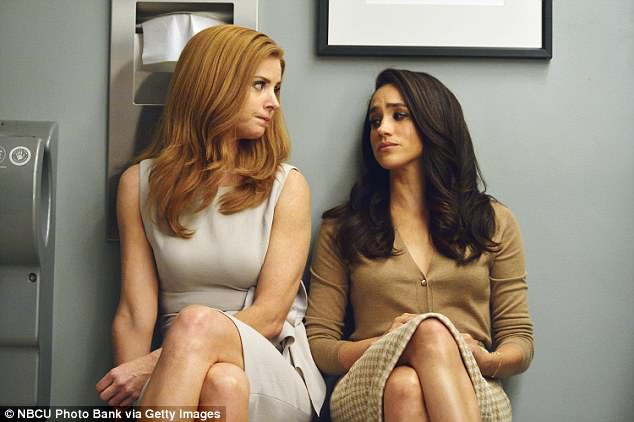 Meghan and Sarah grew close while filming Suits, in which the flame-haired actress played Donna Paulsen

She was previously married to Prince William and Harry’s friend Alexander Gilkes, and is thought to have set up the original blind date between close friend Meghan and the royal.

Jessica, Sarah and Misha were all tipped for roles as maid of honour, but it was later announced that Meghan would not be having any adult bridesmaids on the big day.

However, she will need the support of her close girlfriends more than ever after it emerged that her father Thomas Markle will not be attending the wedding.

The 73-year-old retired lighting director who lives in Mexico says he is recovering from heart surgery after pulling out of the wedding earlier this week amid reports he staged paparazzi photos.