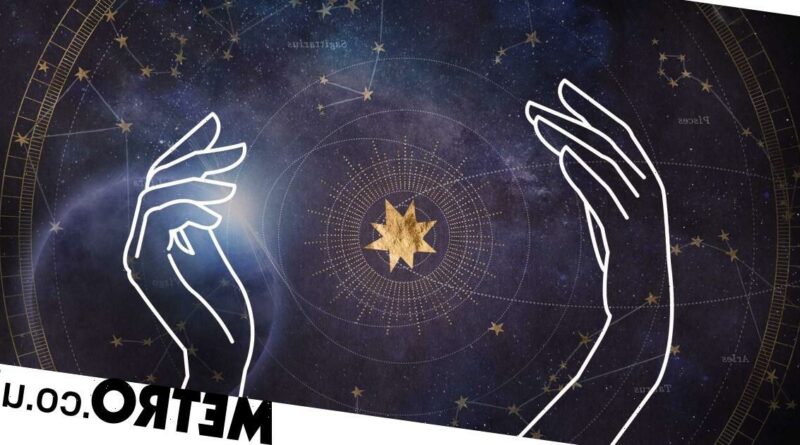 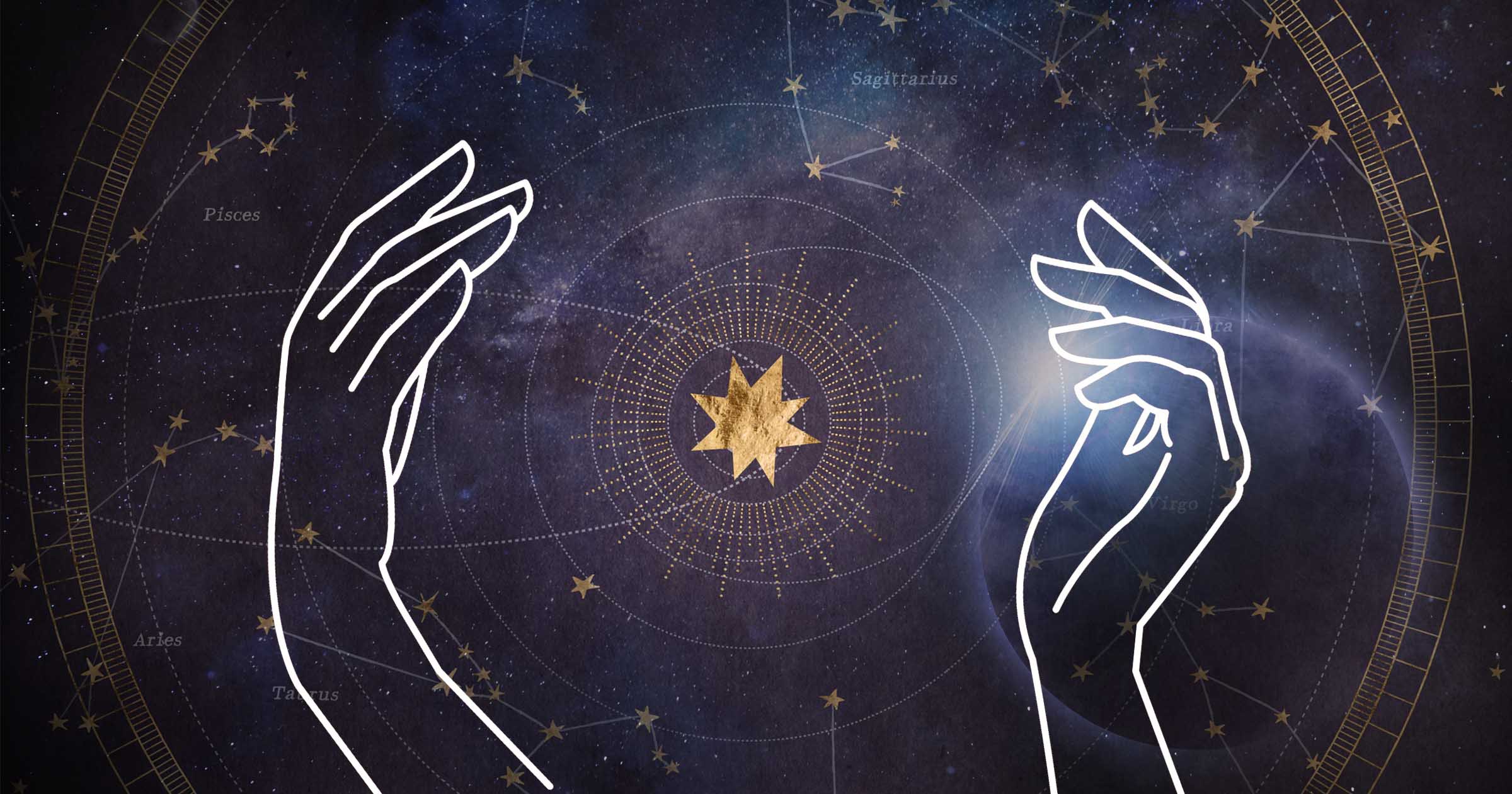 Brace yourself for chaos: Mercury retrograde is coming once again.

Patsy Bennett is an astrologer and psychic medium with over 25 years of experience.

She believes that while yes, Mercury retrograde can be ‘tricky’, it doesn’t automatically spell total doom.

‘Despite its negative press, a Mercury retrograde phase can actually be a fulfilling time – even if in quirky or unexpected ways,’ Patsy tells Metro.co.uk.

‘Mercury retrograde, which happens on average three times a year for around three weeks, carries a negative belief that everything stops, falls apart, is delayed or is generally frustrating.

‘And yet, if you’re well-prepared and open to learning something new, a Mercury retrograde phase can be constructive and even fulfilling.’

Sounds good to us… so how do we make our Mercury retrograde a good thing? Patsy talks us through a 15-step plan.

But before we get to that, let’s do a quick recap of what Mercury retrograde actually is…

What is Mercury retrograde?

Mercury retrograde is a time when the planet Mercury appears to move backwards, rather than forwards. It’s an optical illusion, FYI – Mercury doesn’t actually start reversing.

But many astrologers say that this period can throw up a bunch of issues, particularly in connection with travel, work, communication, and money.

‘The planet Mercury is named after the Roman god Mercury, whose characteristics were appropriated from those of the Greek god Hermes, who was the god of communications and travel,’ explains Patsy. ‘He was known to travel quickly delivering messages between the gods and between gods and humans, and also for mixing up messages and being a trickster.

‘Simply put: Mercury the winged messenger can be a little tricky – and the Mercury retrograde phase can be tricky too.

‘That is, unless you’re able yourself to outwit the wittiest planets of all!

When does Mercury retrograde happen?

In 2022, we’ve got a couple more Mercury retrograde periods to go. Then we can look forward to three more in 2023.

One’s coming soon, so let’s get into that 15-step preparation list.

Patsy says: ‘A solid plan of action with specific goals will keep you on track so that you can accommodate/adapt to any delays, surprises or frustrations strategically and flexibly.’

Misunderstandings and mixups are a classic component of Mercury retrograde.

Do what you can to avoid this by being super clear in all your communications – say what you mean and don’t leave things up to interpretation, in person, on calls, and in emails and texts.

Have important discussions outside of the Mercury retrograde period

‘If you wish to lock in an agreement, get the agreement signed before the retrograde phase,’ Patsy suggests. ‘However, if you wish to have time to reconsider, research or renegotiate agreements, delay signing before the Mercury retrograde period begins, as additional research could eventually put you in a stronger position.’

Check on all your travel needs

Mercury retrograde is notorious for causing havoc when it comes to travel.

‘Ensure your travel itinerary, tickets or vehicle are up to date to avoid travel delays,’ Patsy says. ‘On your vehicle, check tyre tread, tyre pressure and engine oil etc.

‘Schedule a little extra time to get to work as travel delays are probable during the retrograde period.’

Have health appointments before the retrograde period

Patsy advises: ‘Schedule health appointments before a retrograde period, or up to three weeks after the end of the retrograde phase, to ensure you are not kept waiting and that information does not go astray/get muddled.

‘Of course, if you become unwell during the retrograde phase, do not delay seeing a professional; it may simply be a busy time for health professionals and you may experience delays.’

Make sure to rest

I mean, it’s always a good idea to prioritise sleep, but if you need an extra nudge: some people say they feel extra tired during Mercury retrograde.

Stick to a bedtime and invest in your snoozing.

Try not to catastrophise.

‘A retrograde phase can bring out anxieties, so be sure to find ways to adopt a positive mindset and to appreciate the opportunities that always come hand-in-hand with obstacles,’ Patsy says.

Sort out your paperwork now

A retrograde is not the time to try to deal with paperwork-related stuff. Get it sorted beforehand to avoid delays.

Keep an eye out for being misguided

It’s not just physical travel that’s off-kilter – watch out for how you can be led astray mentally and spiritually.

Back up your tech

Quick, before Mercury retrograde hits, make sure to back up all your important files.

Delays are super common during Mercury retrograde. You’ll need to adjust to this and not allow irritation to overwhelm you.

Perhaps consider what you could use your waiting around time for. Pack a book, download Duolingo, learn knitting. Turn delays into something positive.

Be open to learning something new

Patsy tells us: ‘Information could arise that opens doors – even if in tricky or surprising ways.’

Do an audit of your money plans

‘Look at long-term financial investments and double-check they are working in your favour,’ Patsy recommends. ;If not, use the retrograde phase to research alternatives and re-invest.’

Take a trip down memory lane

Mercury retrograde is a great time to connect with the past.

‘Schedule a return to an old haunt, a reunion or a trip down memory lane, as your connection with the past will be memorable (as long as you have all the above steps covered),’ Patsy says.

Look, you might want to just wait out this tricky period and get back on your productivity goals once Mercury is back to normal. That’s okay.

Patsy says: ‘It’s going to be a tricky time so why not put your feet up and wait it out in style?

‘Each Mercury retrograde phase has what is known as a shadow phase. This refers to the few weeks after the end of the retrograde phase in which communications, travel and general complexities may still be a little tricky so, once again, keep your wits about you beyond the last dates listed above.’

Patsy Bennett is an Australian-British celebrity astrologer and psychic medium with over 25 years of experience providing astrology consultations and readings.

Her new book Horoscopes 2023: 365 Daily Predictions For Every Zodiac Sign is published by Rockpool in September 2022