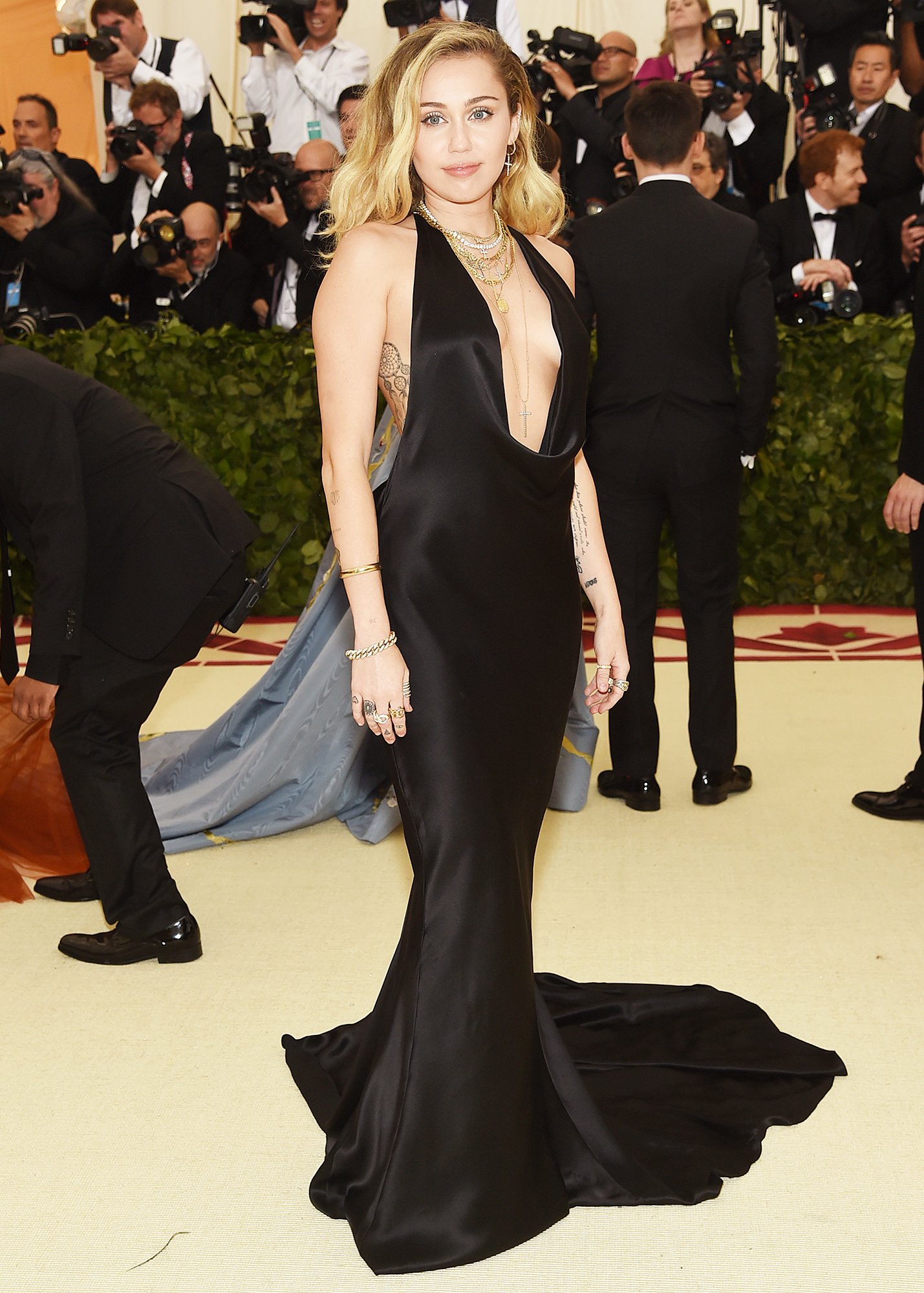 Girls’ night out! Miley Cyrus attended the 2018 Met Gala without Liam Hemsworth in New York City on Monday, May 7.

The Disney alum, 25, walked the red carpet with Paris Jackson and Stella McCartney. Cyrus rocked a black McCartney gown for the occasion.

Cyrus reminisced on her past Met Gala looks on Twitter before she walked the red carpet on Monday.

Cyrus also shared a pic from the 2015 Met Gala, where the theme was “China Through the Looking Glass.”

“MET with @AlexanderWangNY a few years ago!” she wrote.

The “Wrecking Ball” crooner and Hemsworth started dating in 2010. They announced their engagement in 2012, but called it quits in 2013. However, the pair reunited and became engaged for a second time in 2016.

The notoriously private couple last stepped out for a red carpet in March for the 2018 Academy Awards. The pair were spotted at multiple Oscar parties over the award show weekend, including Elton John AIDS Foundation Oscars Viewing Party.