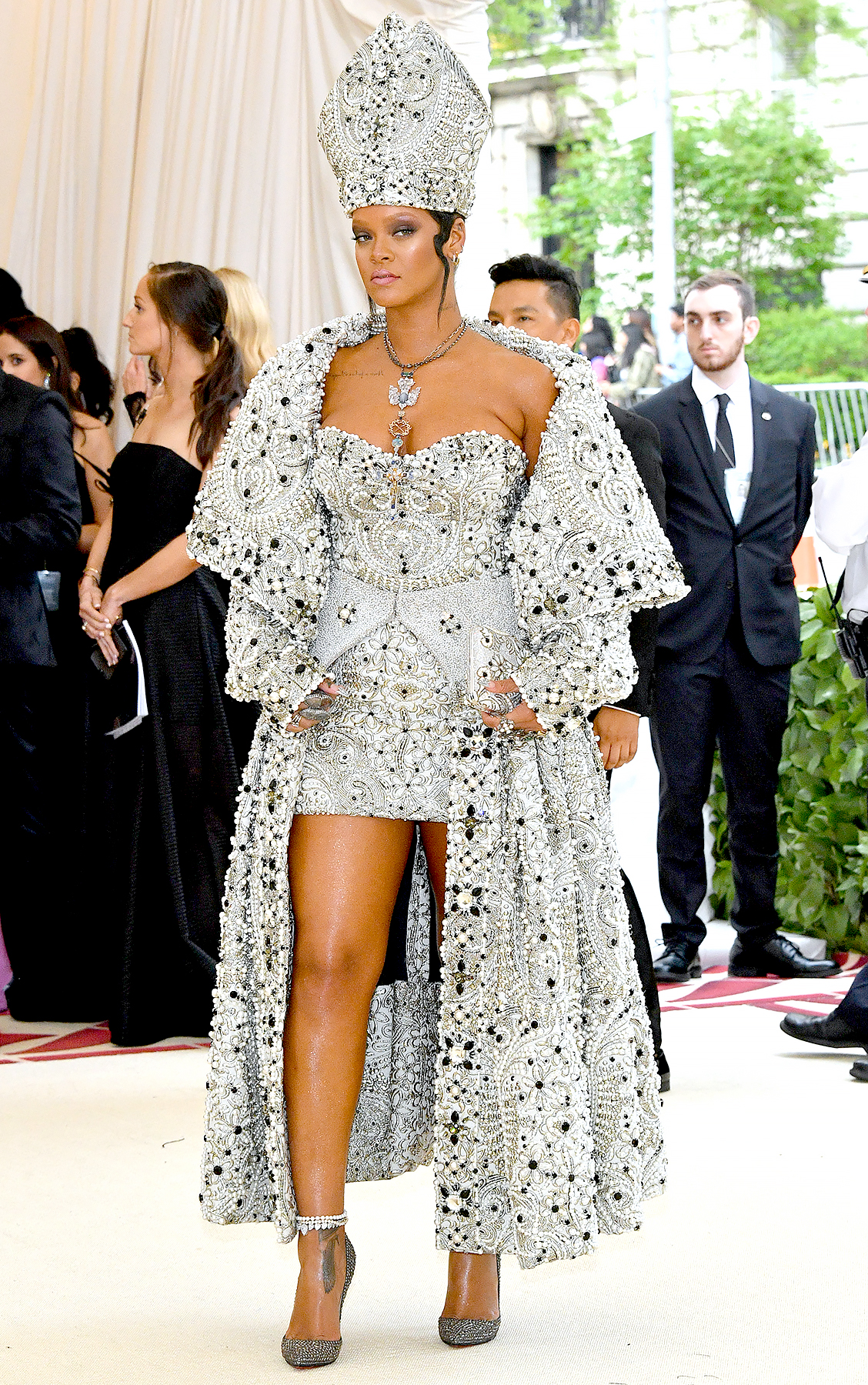 There she is! Rihanna — who is cohosting the 2018 Met Gala alongside Amal Clooney, Anna Wintour and Donatella Versace — is always a showstopper, and tonight was no different.

The 30-year-old “Diamonds” songstress rocked a long-sleeved mini dress with a Pope-inspired hat as she walked the red carpet on Monday, May 7, at the Metropolitan Museum of Art in New York City. Her attire, accompanied by Cartier diamonds, was perfectly inlined with this year’s theme: Heavenly Bodies: Fashion and the Catholic Imagination. 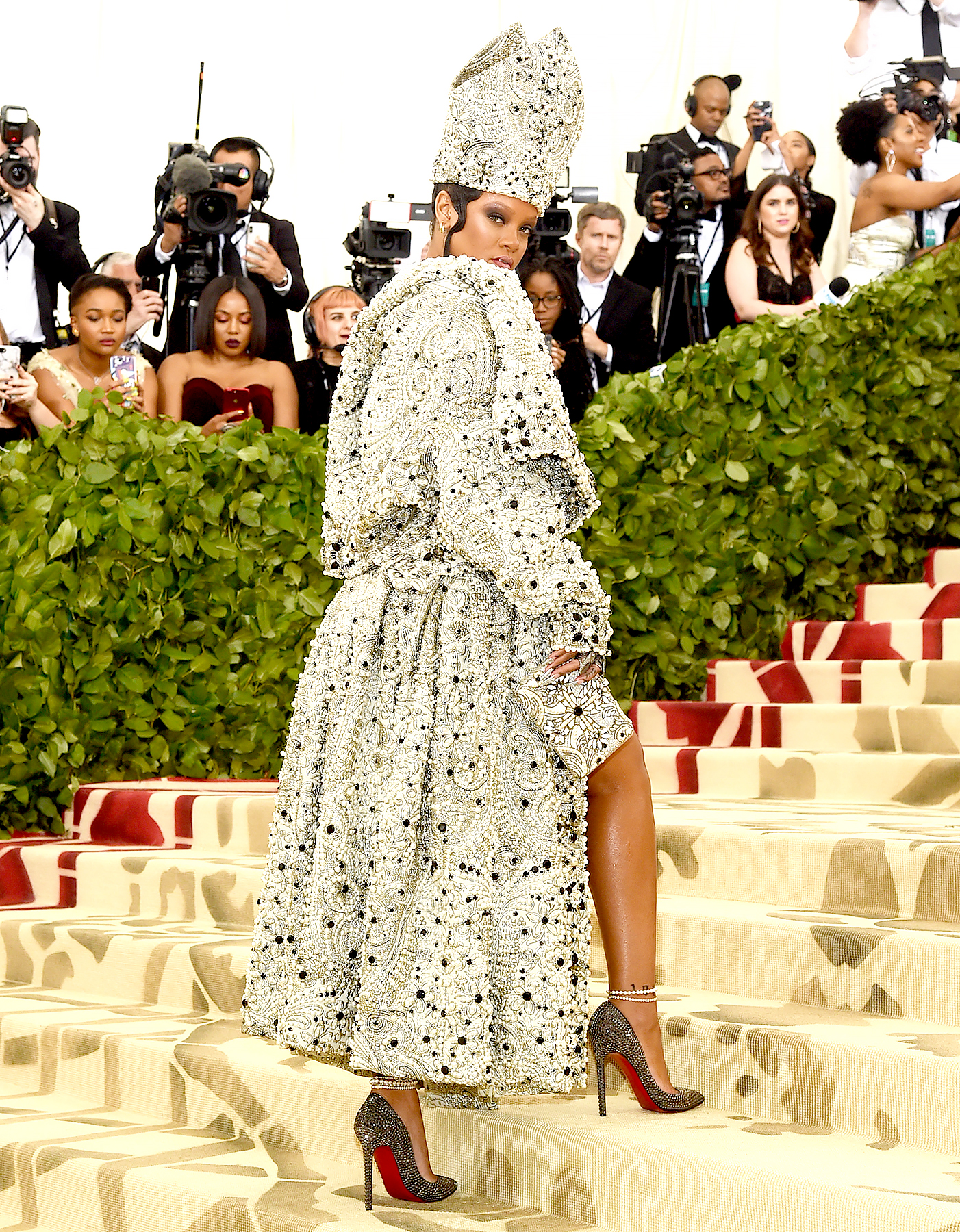 While she often leaves fans waiting, being one of the last to arrive, this year Rihanna arrived relatively early, along with celebs such as Kris Jenner, Katharine McPhee, Amanda Seyfried and more.

The singer took to Instagram earlier in the day to get fans excited and tease her look for the big night. She posted a photo and captioned it “me and squad pullin’ up,” which showed a van that reads “ladies college.” She also shared a photo of women in a black SUV taking pictures on their cellphones.

The Barbados beauty is no stranger to the star-studded event, which she first began attending in 2007 when she was only 19 years old. And she has been making statements on the red carpet ever since.