Home » Lifestyle » Michael B. Jordan Meets Up With Fan Who Slid Into His DMs 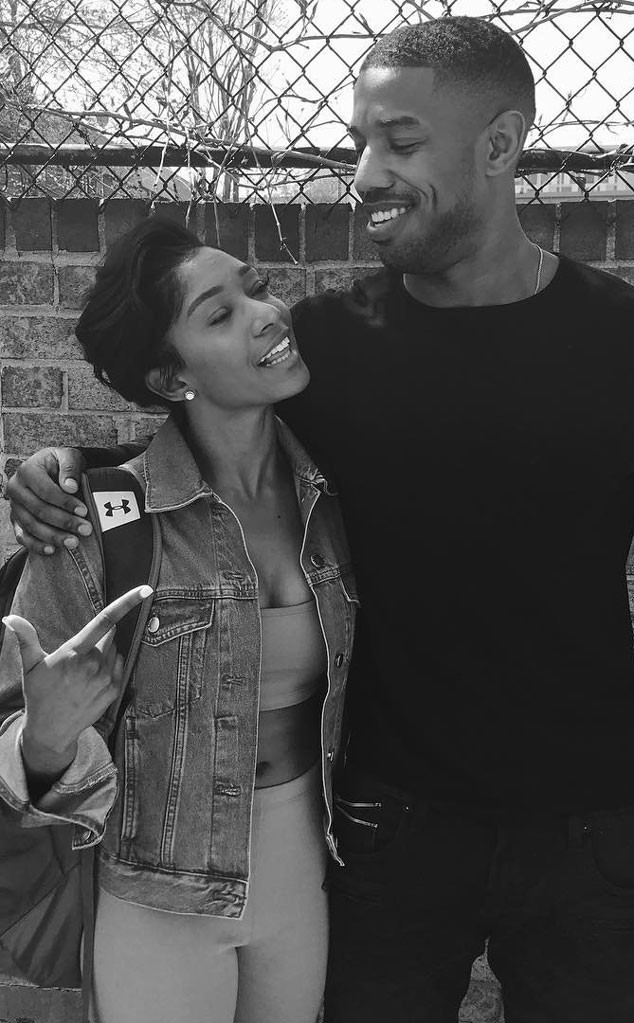 Sylvia Wilson is inspiring social media users everywhere after meeting up with Michael B. Jordan.

Earlier this week, Wilson, a 21-year-old Temple University student, decided to slide into the actor’s DMs after hearing he was on campus filming Creed II. The best part? He responded and met up with Wilson and her friends!

Wilson posted photos with the actor on Twitter on May 1, writing to her social media followers, “so I slid in his DM’s, and then this happened.” The tweet has since gone viral and Wilson is telling E! News all about their meeting.

The college student tells us that after her athletic advisor informed her that Jordan was on campus, she decided to DM him to see if she could get him a smoothie in exchange for a picture.

Michael B. Jordan Fan Breaks Her Retainer After Seeing Him Shirtless in Black Panther

After sending the message, Jordan didn’t respond right away, but then “my notifications went off and that’s when I saw the DM,” Wilson tells us.

“I was like, ‘Oh my goodness!’ And just started freaking out,” Wilson shares. “He was really nice about everything! He was like, ‘Hey you don’t have to get me a smoothie just come and take pictures.’ But my friends were going to take pictures as well and he was like, ‘You guys can all come together as a group.'”

Wilson continues, “Then we worked out details to come. He made sure that security would let him know that we were there. He was really nice about it all, we went in and he gave us all hugs and he took pictures with each and every one of us. And then there was a group of people who saw us taking pictures with him and he didn’t really want a crowd so he quickly got out of there, and I’m not sure if he took pictures with the other people but we just left.”

What made her think to offer a smoothie to the actor?

“It was really hot outside and because I was doing my physical therapy and I figured he was training, I was like it’s probably not right to ask him out for drinks or something like that,” Wilson explains. “I was like I’ll just see if he wanted a smoothie because I really wanted a smoothie. So I’m like, while I’m getting one for myself I may as well just see if he wants one.”

And the rest is history!

What do you think about Wilson’s DM success? Sound off in the comments!