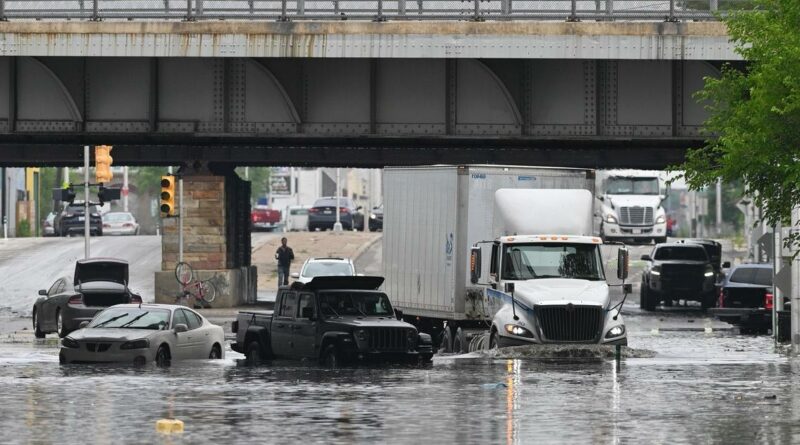 Michigan Governor Gretchen Whitmer on Saturday declared a state of emergency in response to heavy rainfall in the state that has resulted in power outages, flooding, and sewer backups.

“We are continuing to work closely with emergency response coordinators and local leaders across the state to address widespread flooding,” Whitmer said in a statement. “The State Operations Center has been activated to coordinate our state’s response as we rush resources to affected areas, and the state of emergency declaration will help counties access even greater assistance.”

Some areas in the state have seen a total of five to six inches of heavy rain in the past few days, and a flood watch remains in effect through Sunday, according to the National Weather Service in Grand Rapids.

“Soils are saturated, and additional rain will likely overwhelm small creeks and rivers, and may flood into yards, streets, and some buildings as the afternoon and evening continues,” the Weather Service stated. “An additional 1 to 2 inches of rain is possible over the next several hours.” 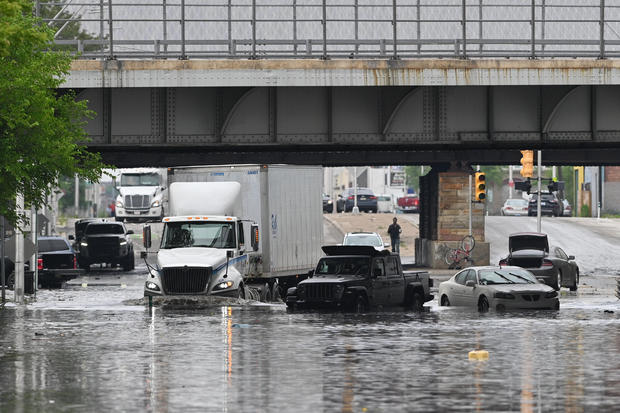 Gary Brown, director of the Detroit Water and Sewage Department, said that the city’s sewage operation system is at maximum capacity and that additional heavy rain could result in even more backups.

“The intensity of these storms exceeded the design standard for pump stations and combined sewer overflow facilities,” he said at a press conference Saturday. “With this much rain, there is nowhere for the water to go other than flooding streets and basements.”

He called for “more resilient” infrastructure to address weather changes, and said that these storms are “another example of global warming.”

More than 46,000 residents in the state are without power as of Saturday afternoon, according to PowerOutage.US, a national tracking system that aggregates live power outages. Whitmer said in a video posted to Twitter that she has been in touch with utility providers to get services back.

The National Weather Service issued multiple tornado warnings in various cities throughout Michigan, affecting hundreds of thousands of residents. The national agency said that flying debris will be dangerous to unsheltered people, that mobile homes will be damaged and that windows and vehicles will be destroyed.

If you are under a tornado warning, seek shelter immediately! Most injuries associated with high winds are from flying debris, so remember to protect your head. Learn more at https://t.co/TSdnmaEGdS pic.twitter.com/uTgEHVYFNC

“Please be vigilant and be prepared to seek shelter in a basement or interior room,” Whitmer said on Twitter.

The National Weather Service recommended that residents in the area “take necessary precautions immediately,” and to “TAKE COVER NOW.”

“Move to higher ground now,” they stated. “Act quickly to protect your life.”