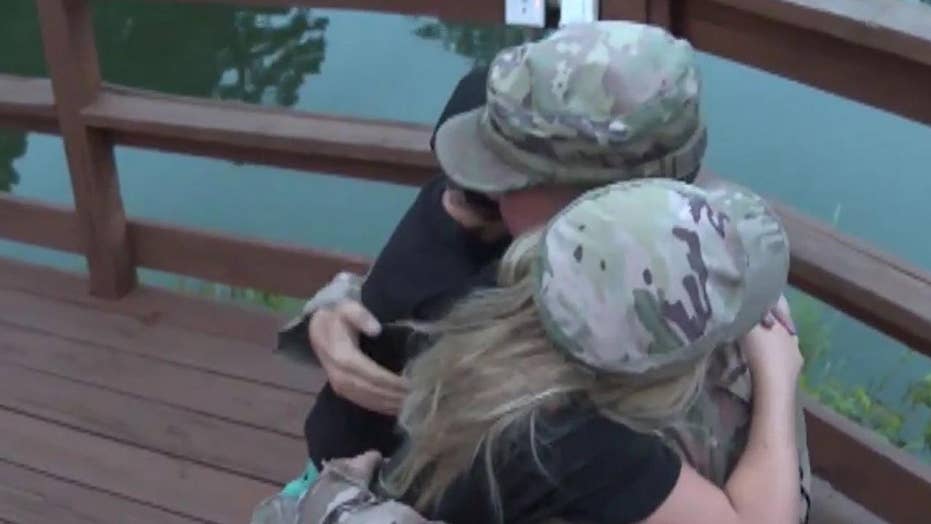 On July 18, Sergeant Stephen Boissey slyly surprised his stepdaughter Allison and son Jase during an evening program at YMCA Camp Hanes in the city of King, WFMY and Yahoo Lifestyle report.

According video footage shared to YouTube by the YMCA, the unsuspecting youngsters – fittingly clad in Army tee-shirts – were asked to help volunteer during a campfire skit.

In the heartwarming clip obtained by Fox News, a woman dressed in costume helps the kids youngsters lift an oversized, Queen of Hearts-themed box – to reveal Boissey hidden inside.

Overwhelmed, Allison and Jase collapsed into their dad’s arms, an emotional reunion following Boissey’s near year-long deployment in the Middle East, Yahoo reports. The sweet scene was met with thunderous applause by campers and staffers, who were watching on.

Camp Hanes is especially sentimental place for the Boissey family – as Stephen once worked as a counselor at the camp.

"Just thinking I wanted to see the kids, and I was excited and my knee was starting to hurt, but it was all worth it. I knew it would be worth it," Boissey told WFMY of the stunt.

“My favorite part was just seeing their faces and getting to hug them after being away for so long,” the Winston-Salem police officer told Yahoo.

“It was pretty cool to provide them with this moment,” camp executive director Jen de Ridder told Yahoo of the one-of-a-kind reunion. “Everyone in a military family is a hero.”