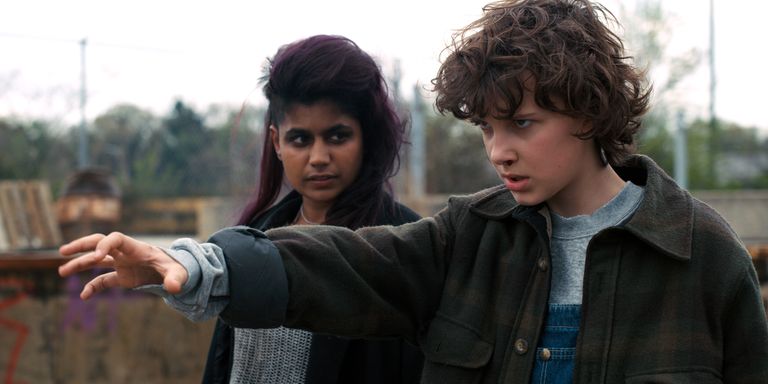 Incredible news for fans of Strangers Things—actress Millie Bobby Brown just announced via Instagram that she’s officially returned to the Netflix set to start filming new episodes of the show.

In the new photo, Brown tagged director Shawn Levy, along with the caption, “and so it begins.” Fans have been eagerly awaiting Stranger Things 3 since Season 2 dropped on Netflix in October 2017.

and so it begins ? #strangerthingsseason3

Finn Wolfhard, who plays Mike on the show, also shared a photo from the set. Wolfhard captioned the blurry snap of co-star Charlie Heaton, who portrays Jonathan Byers, “Is this the real @charlie.r.heaton or the fake @charlie.r.heaton #youdecide.”

Speaking with Collider this weekend, director and producer Levy revealed that the team just wrapped their table read of Stranger Things 3, and that filming officially starts on April 23, 2018.

The director also confirmed that fans of the show can start looking forward to Stranger Things 4. He revealed, “I mean I will say we have a good sense of stuff that happens in Season Four. Season Four is definitely happening.”