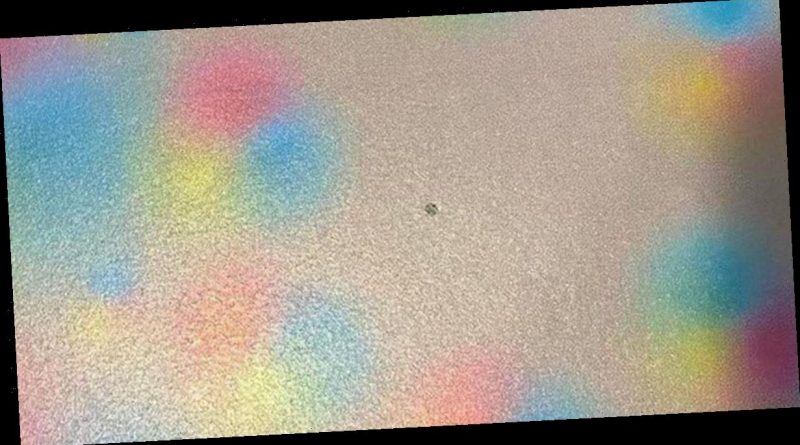 Think you've got enough patience for an optical illusion?

An illusion is often caused by the visual system and it tends to be different for most people.

Now an image posted online has caused quite a stir with viewers left scratching their heads.

The photo shows a blurry colourful scene which asks fans to "stare at the black dot for 10 seconds".

So what do you see when you stare at the black dot for a few seconds?

According to the user who posted the optical illusion, the colours will disappear after a while.

And if you're wondering how that's happened, don't worry there's an explanation.

The user, under the name @astaloswebos, said: "The eye can only see properly in a small area of the retina.

"So to see the whole image, we must move the eye and then the brain builds the image.

"When we force the eye to stare at the dot, the brain builds the image with what it sees around it, which is just beige."

Some users had difficulty staring at the image, with one writing: "Colours aren't disappearing.

"Does that imply I have a sight problem?"

Replying to the tweet, one user suggested: "Try again, it took me a few tries. Freaky!"

A third commented: "For me the colours faded almost to the point of disappearing but not quite."

While a fourth wrote: "That is trippy! Wow," And a fifth admitted: "What the actual f***. What has just happened?"

Meanwhile, this isn't the first optical illusion to cause a huge discussion on social media.

Previously, a baffling optical illusion sparked a mega debate as fans couldn't tell whether the image showed a man or a dog.

In the image, it shows a wintery scene with a forest covered in inches of snow.