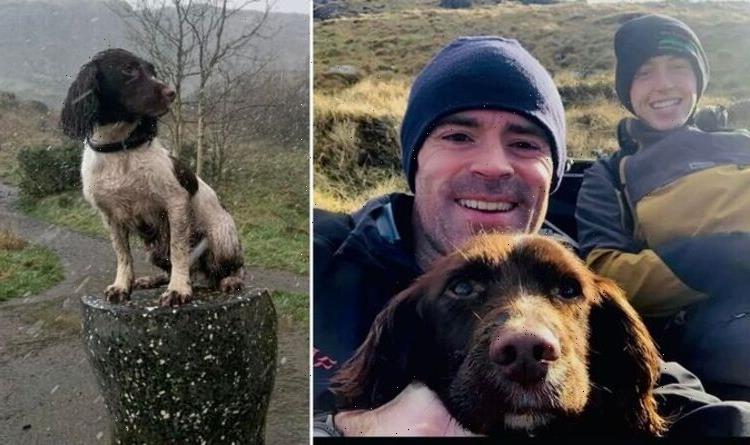 Dog reunited with owner after 12 years in California

Springer spaniel Molly went missing on Sunday after her owner, Ricky Lyle, and she went for a hike on the Mourne Mountains in Northern Ireland. Mr Lyle told Express.co.uk that he and Molly go out for hikes in the mountains often. He said that sometimes they separate for a few metres, but he always meets her soon after a while.

He said: “Her recall is fantastic so I have her off the leash because she doesn’t run away.”

Mr Lyle described the moment he lost her, saying: “We were hiking on Sunday when a bit of a storm blew in. Nothing too bad – it was just quite windy.

“She took a left and I went up a little bit. I was downwind to her, so, no matter how much I shouted or whistled she just couldn’t hear me.

“I stayed up there for a couple of hours looking for her but it was getting so cold and the storm was getting worse so couldn’t stay any longer.

“I went back to the car and stayed there until it was dark, hoping that she would follow the scent and come back along the route.

“The storm had gotten really bad by then – the wind was blowing so fast and loads of snow was coming down. It was too dangerous… I had no choice but to leave her.”

Mr Lyle sought help in the local community and the response was heartwarming, as he went about searching for Molly the next day.

He said: “Everyone we talked to in the mountains was up there looking for Molly. Someone even lifted his drone to search for her.”

The efforts continued on Tuesday, but Molly was nowhere to be found and Mr Lyle began losing hope as he started searching at the bottom of the cliffs, in case his beloved dog had run off the edge in the storm and fell.

Then, finally, in the afternoon, Mr Lyle received that soul-stirring call that someone had spotted Molly.

The hiker who spotted her tried to entice her with a sandwich but the poor dog was really terrified: “She was in a frantic mode and ran off as soon as she saw them.”

Finally, Mr Lyle went on the spot and, along with a ranger from the Mourne Heritage Trust, they managed to save Molly from the wild and bring her back to safety.

Asked about the storm and the danger of being in the area, Mr Lyle said: “With Molly, we are up in the mountains all the time and we have seen even worse conditions than that.

“But that day, we shouldn’t be separated because I couldn’t do the recall, as I was shouting into the wind and she couldn’t hear me.”

According to Mr Lyle, Molly is a very brave and adventurous dog. He said: “It’s like she is in her element when she is up in the mountains.”

Molly is a rescue dog, so Mr Lyle is unsure about her age, but he says she must be around five to seven years old.