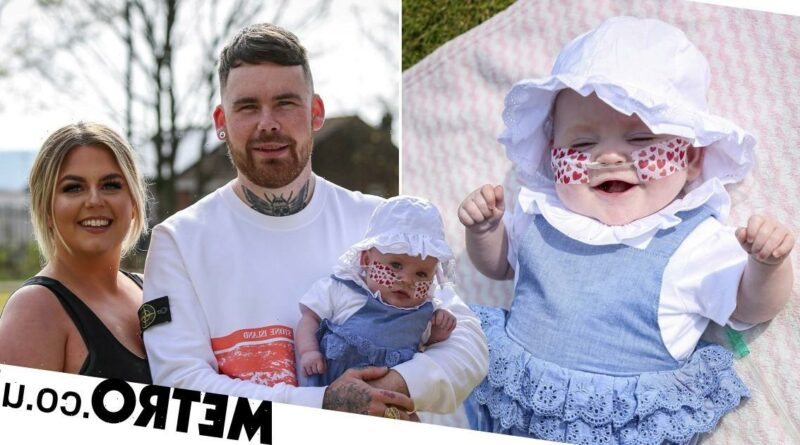 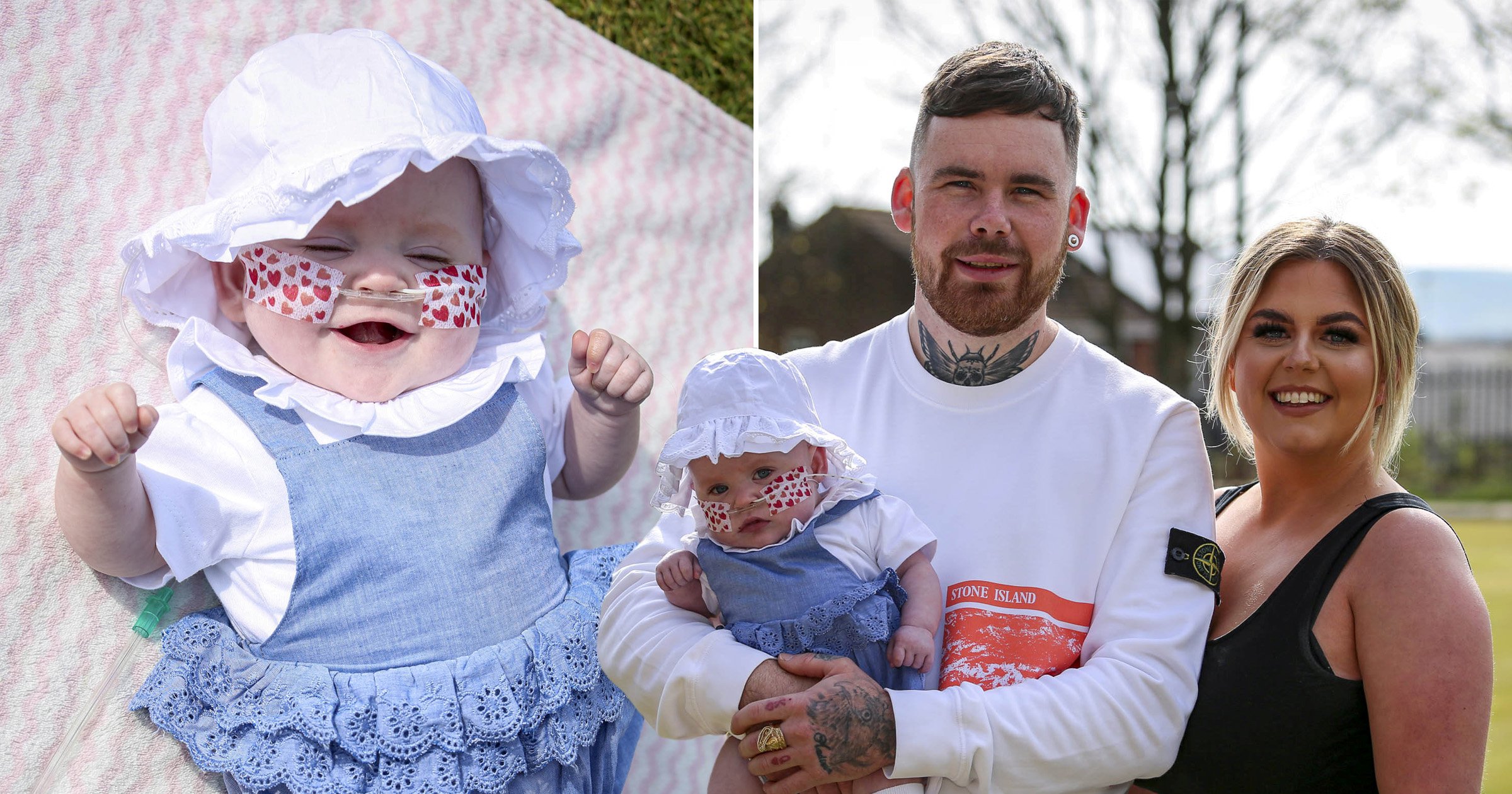 When Elsie, now 10 months old, was born, she weighed just 1lb 1oz – the same as a can of baked beans.

She had arrived at just 23 weeks, and needed to immediately go on life support.

But after 70 days in hospital, she’s finally home and thriving.

Mum Katie’s pregnancy had been tough, with heavy bleeding caused by a subchorionic hematoma that began from the eighth week of pregnancy and didn’t stop.

Doctors couldn’t do much to help, as they feared administering medication before Katie’s 16th week of pregnancy could cause harm to her unborn child.

When Elsie arrived so early, doctors told Katie and her partner, Rob, that their daughter had just a one in four chance of survival.

Katie, a full-time mum-of-two, of Rochdale, Greater Manchester, said: ‘It was horrific because I just didn’t know if I was going to lose Elsie or not.

‘I was living with the unknown so I just couldn’t relax or enjoy my pregnancy and even in hospital there was no guarantee she would be alive.

‘After I pushed her out, I sat on the bed and looked at her and then was uncontrollably sick.

‘It was the shock and the worry as we were told she had just a 25% chance of survival.

‘Her body was the size of Rob’s hand and that photo of her hand against her dad’s hand doesn’t even show how small she was – her little hand was no bigger than his fingernail.

‘She was so tiny but perfectly formed with her little eyelashes, fingernails and toenails. She was tiny like a little doll.’

Rob – dad to Madison, 12, from a previous partner and Poppy, seven, daughter to Katie – found out they were expecting their second child together in February 2021.

But just a few weeks into her pregnancy, Katie began to bleed heavily on a daily basis.

She was quickly diagnosed with subchorionic hematoma and consultants scanned and monitored her during weekly appointments at Rochdale Infirmary.

The risk of having Elsie prematurely was briefly raised during consultations, but Katie revealed she was hopeful the subchorionic bleeds would resolve themselves, as they do for most women.

But the bleeding did not stop and at 22 weeks, Katie was admitted to hospital where she went into labour.

The labour was complicated by Katie experiencing a placental abruption – which occurs when the placenta separates from the inner wall of the uterus before birth.

After Elsie’s birth, the worried couple were unable to hold their newborn as she was taken straight to NICU and hooked up to a ventilator.

‘Her skin was practically see-through, and she was so small,’ said Katie.

‘It wasn’t how it should have been. It wasn’t like having a newborn baby – some people didn’t even say congratulations because they felt they shouldn’t have been congratulating me on having her so early.

‘I was just praying and hoping for the best.’

The couple describe Elsie’s next few weeks in NICU as a ‘stormy ride’.

‘We just didn’t know if she was going to pull through,’ Katie said.

‘A nurse even said to me that we had both gone through one of the most traumatic experiences she’s ever seen on the unit.’

Elsie was kept in the NICU on a ventilator for nearly 70 days. Finally, in October, she had gained enough strength to come home.

Katie revealed she couldn’t be more grateful to the staff at the hospital for saving Elsie’s life.

She said: ‘The staff are real life angels.

‘If it weren’t for them, Elsie wouldn’t be here.

‘They should be recognised for the amazing job that they do. They saved my baby’s life.’