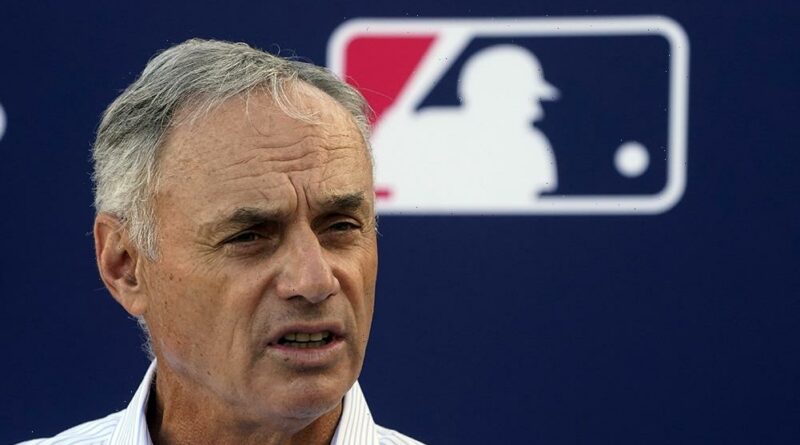 The bargaining standoff between Major League Baseball and its players that led to last week’s cancellation of Opening Day is a particularly bitter pill to swallow for the local and national outlets that bring games to their most ardent fans — networks that already have experienced two seasons of COVID-driven disruptions.

“Like all baseball fans, we hope there is a resolution as soon as possible,” Burke Magnus, ESPN’s president of programming and original content, tells Variety.

Negotiations have dragged on for months. After MLB’s previous collective bargaining agreement expired on Dec. 1, the league immediately locked players out of team facilities. There was no deal in sight by the MLB’s Feb. 28 deadline to start the season on time.

Baseball commissioner Rob Manfred said games from March 31 through the first full week of April would be lost for the 30 MLB franchises, reducing each team’s schedule from 162 games to approximately 156 at most. MLB had not canceled games due to contract battles with players since a 1994 strike spilled over into the 1995 season.

This time around, regional sports networks and local TV stations will take the biggest hit. Sinclair’s Bally Sports regional networks are already fighting to maintain carriage on traditional MVPDs. The loss of marquee programming surely won’t help as Sinclair wrangles with Charter and other distributors.

“You’ve got all of those local stations, which is really the bread and butter of getting baseball out of the gates,” says media buyer Jeff Gagne, Havas Media senior vice president of strategic investments.

Baseball’s opening day has long been a major programming event for ESPN, but the sports giant has more options for alternate programming than the local outlets do.

“It’s unfortunate for ESPN, but it’s a really big deal for all of these local sports networks,” Gagne says.

Still, industry insiders say sports TV outlets in general are accustomed to last-minute changes in the COVID era. Adjusting for holes in a schedule and working with ad buyers to account for lost TV spots is a headache, but not one they are unfamiliar with these days. The real concern is the possible long-term effects a stoppage can have on MLB fandom and, thus, subscribers and viewership.

Another sector that Gagne predicts will take a “major” hit from the absence of baseball is small business — contractors tied to teams and stadiums. “If you’re selling hot dogs outside of Fenway Park and they cancel a month, how do these people stay afloat?” Gagne asks.

Their predicament stands in stark contrast to the wealth enjoyed by most MLB team owners (last year, Forbes valued the Yankees, baseball’s richest franchise, at $5.25 billion).

“Now you’ve got a guy who can’t make money for a month, who lives and dies on the periphery of the game,” Gagne says. “That’s the real impact of this thing.”