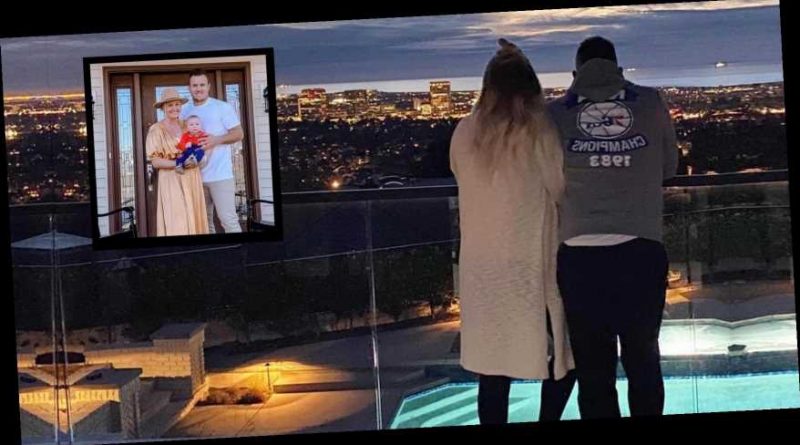 According to Britannica, it all started from the beginning. Mike Trout’s legal name is Michael Nelson Trout and he was born on August 7, 1991, in Vineland, New Jersey. He was a baseball star at Millville High School in the late 2000s. In 2009, he was picked 25th overall by the Los Angeles Angels of Anaheim in the Major League Baseball draft.

His first full season was in 2012. In that season, he finished second behind Miguel Cabrera of the Detroit Tigers in the race for MVP. That said, Trout won the consolation prize of AL Rookie of the Year in a unanimous vote.

2013 was Trout’s second season in the major leagues. It ended up being a repeat year for him in the pursuit of the MVP award as the season ended with him being the runner-up to Miguel Cabrera for the second year in a row.

However, 2014 was a different story as Trout finally beat out Cabrera and won the AL MVP for himself after a spectacular season. In 2015, he repeated the feat, and later, in 2019, he won the award for the third time. Therefore, he essentially rounds up to being a five-time MVP in the eyes of many.

With the professional story told, it’s time to look at his financial story.

As with most professional athletes, their money comes from contracts. For Mike Trout, he started slow and made a killing later.

The contract was even later upgraded. In March of 2019, the contract that ran until 2020 was canceled and switched out for a whopping 12-year deal that would run from 2019 until 2030. The deal paid $35,541,667 per year on average and contained a $20 million signing bonus. The deal was valued at $426.5 million dollars. Britannica reports that it was the single largest contract in sports history up to the time it was signed. He is currently on the deal now at 29 years old.

When the big money comes in, the mansion usually comes with it. Trout was no exception as he dropped $9.15 million dollars on a new mansion in Newport Beach, California just months after signing the deal, per the L.A. Times.

The property lies 20 miles south of Angel Stadium so it is a relatively short drive to get to work.

It’s an even shorter drive to the water, as the property sits only two miles away. The estate is 9,000 square feet and also has three stories with an elevator connecting them. There’s a Billiards Room with a Wet Bar and a Family Room with a fireplace. In the front of the home, there is a three-car garage.

According to images released by Dirt, outside, there is a swimming pool and a spa.  One of the living rooms gives way to a gorgeous view of the city and a lookout at the sunset. The railing is one of glass and there are plenty of chairs for sitting in the sun.

Overall, it is an extremely luxurious dwelling but compared to Trout’s earnings, the 9.15 million-dollar mansion seems like a small price tag relative to his earnings. One could only imagine what he could get if he were to invest the same percentage of income as some other top athletes who spend an entire year’s salary on their places of residence.

Perhaps a new home will be in order in the future, once Trout gets bored of his current digs. Otherwise, his next home could come after retirement and dwarf his contemporary abode.