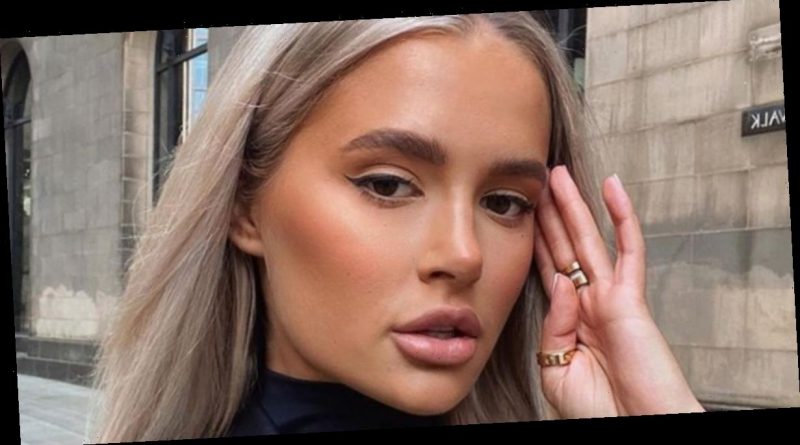 Join the OK! VIP newsletter and receive big exclusives to your inbox before anyone else!

We’re loving seeing celebs switch up their hair and beauty looks for shoots, especially since we can’t get our own transformation until April 12. And the person who may just have won the award for biggest hair change of the year is Molly-Mae Hague.

The 21-year-old beauty has just unveiled a brand new look, featuring an edgy silver hue, a blunt bob cut, and a blunt-but-feathery fringe.

The look has been shared on Instagram by her hairstylist Carl Bembridge, who asked fans what they thought of the fringe on Molly-Mae.

Followers seem delighted at seeing the star with a whole new look, and praised Carl on his styling skills.

“Omg how amazing,” posted one, while another commented: “Edgy – I’m here for it.”

Though Carl doesn’t say whether or not this look is the result of a wig, fans assumed as much and asked if it was for sale. Since Carl has his own range of wigs, it might just be that he tailored one of his own styles to suit the star.

The look is a huge change from Molly-Mae’s usual creamy blonde colour and waist-length extensions – though, she has been changing things up a little this lockdown.

Just the other week, the former Love Islander showcased her natural lengths after removing all of her hair extensions for a shoot. Since then, she’s been opting for a much shorter and blunter style.

It looks like she’s been wearing this silver style for an upcoming Pretty Little Thing x Molly-Mae Hague range, set to launch at the end of this month. We wonder if the outfits are equally as edgy as her wig!

Molly-Mae has been on a mission to change her appearance as of late, after admitting that she found it difficult to look back at pictures of her face when she was going through a lip filler stage.

She’s also just documented getting the composite bonds on her teeth removed, in the hope of regaining her natural smile.

In a video, Molly-Mae told followers: “I think I’ve taken all the steps that I want to take now in reversing all the mistakes I made with the fillers, getting things done that I didn’t necessarily need to get done and didn’t think through at the time, about two or three years ago.”