‘Nobody talks about it’: Mother details horrific ‘SIDE EFFECTS’ she suffered when she stopped breastfeeding, from crippling panic attacks in the middle of the night to awful nausea

A woman has revealed the side effects she experienced when she stopped breastfeeding her son at six months.

Writing for Cosmopolitan, 37-year-old author Jo Piazza, who lives in San Francisco, explained that although she successfully managed to breast feed her son Charlie for six months, ‘I was always a sub-par milk-maker, and my baby preferred bottle to boob.’

Jo admits that she was quietly thrilled when her young son naturally weaned himself, noting that he ‘swatted away my nipple like a pesky mosquito, which made it even easier’, and admitted that she was ‘delighted to have my breasts and some of my time to myself again’. 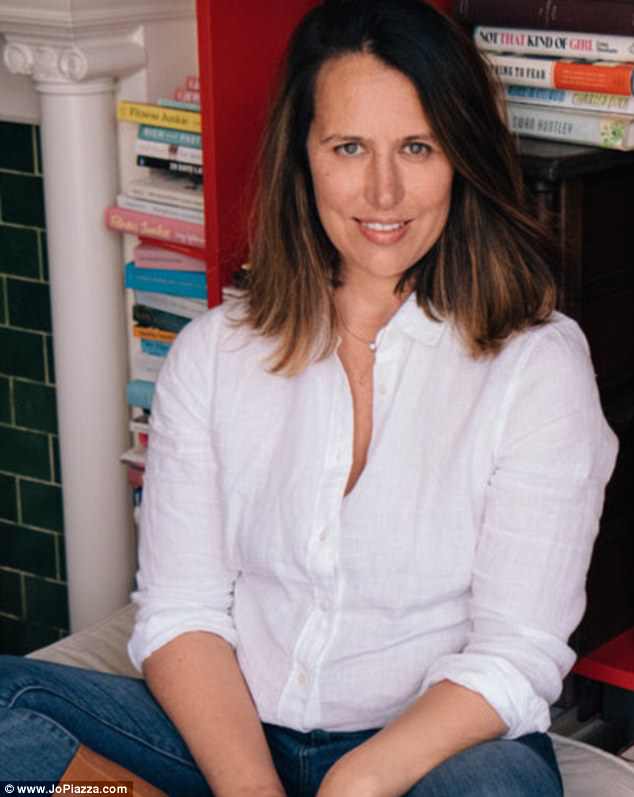 Honest: Author Jo Piazza has shared her difficult experience of weaning her baby Charlie with Cosmopolitan 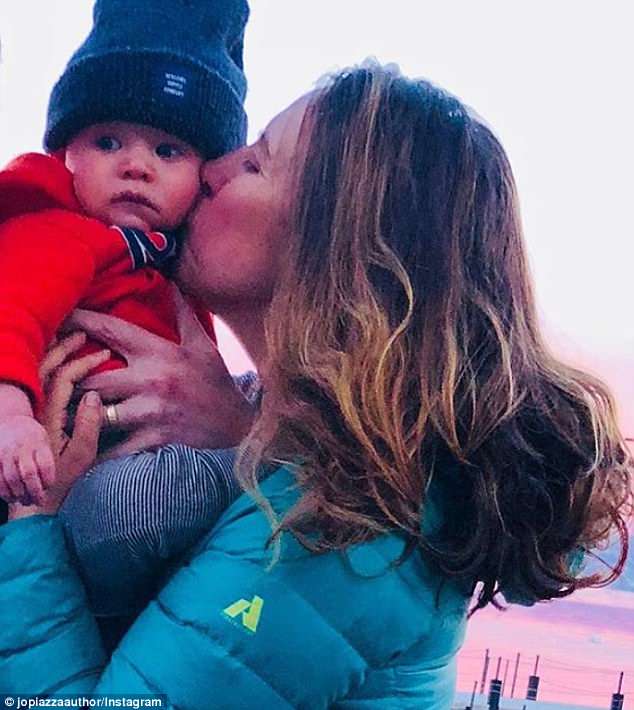 However, the night after she stopped breastfeeding, the California resident experienced a sudden panic attack and revealed that she felt like someone was squeezing her heart ‘in a meaty fist’, felt nauseous, started sweating profusely and felt like ‘ants were crawling up the back of my throat’.

She also detailed how over the following weeks, she woke up with anxiety every morning and throughout the day experienced feelings of ‘sadness, dread and fear, and guilt that I wasn’t being a good enough mom to my little boy’.

Admitting that she has been prone to anxiety since college, Jo had been taking the antidepressant Zoloft before she got pregnant, but slowly weaned herself off it before she conceived.

And although she didn’t suffer from postpartum depression, stopping breastfeeding seemed to trigger similar symptoms.

‘Awake at three in the morning, paralyzed by insomnia and a roller coaster of exhausting thoughts, I Googled anxiety, depression, and breastfeeding,’ she wrote.

‘I didn’t find much, mostly first-person blog posts and a lot of message boards with posts by other women who experienced similar symptoms after weaning.

‘But I saw enough to realize this was a thing: Quitting breastfeeding can trigger anxiety and depression — but nobody seems to be talking about it in a real way.’

After contacting her doctor, Jo learned that weaning can trigger anxiety as the body stops producing the hormone prolactin.

While the hormone is primarily responsible for producing milk, it also produces the hormone oxytocin which induces a feeling of calm or well-being.

‘That explained why I actually felt better postpartum than I did even before I got pregnant. It was like I was withdrawing from happy drugs,’ she added. 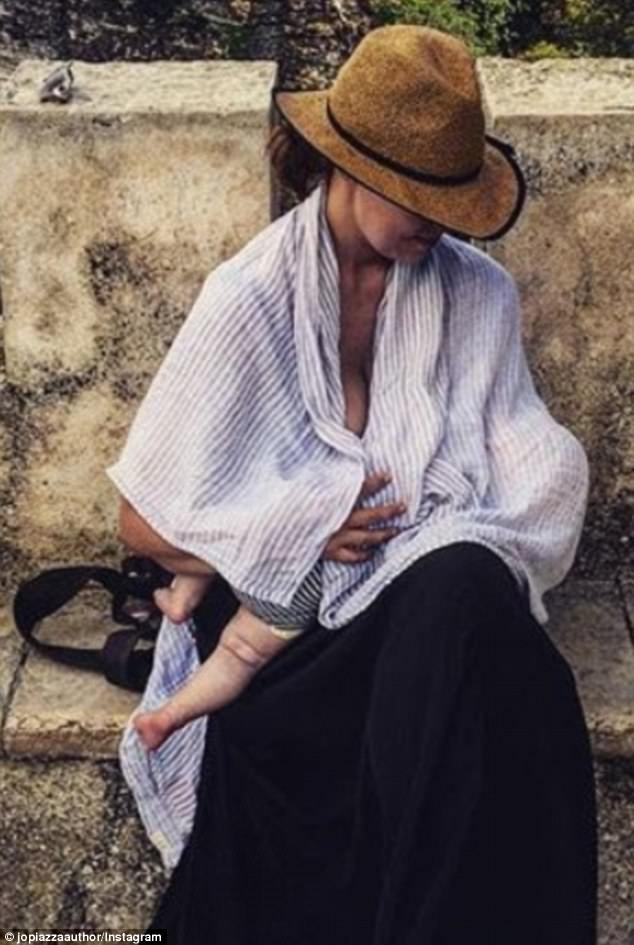 Surprise: Although Jo was ‘delighted to have my breasts’ back, she suddenly started to experience anxiety, panic attacks and nausea immediately after she stopped feeding 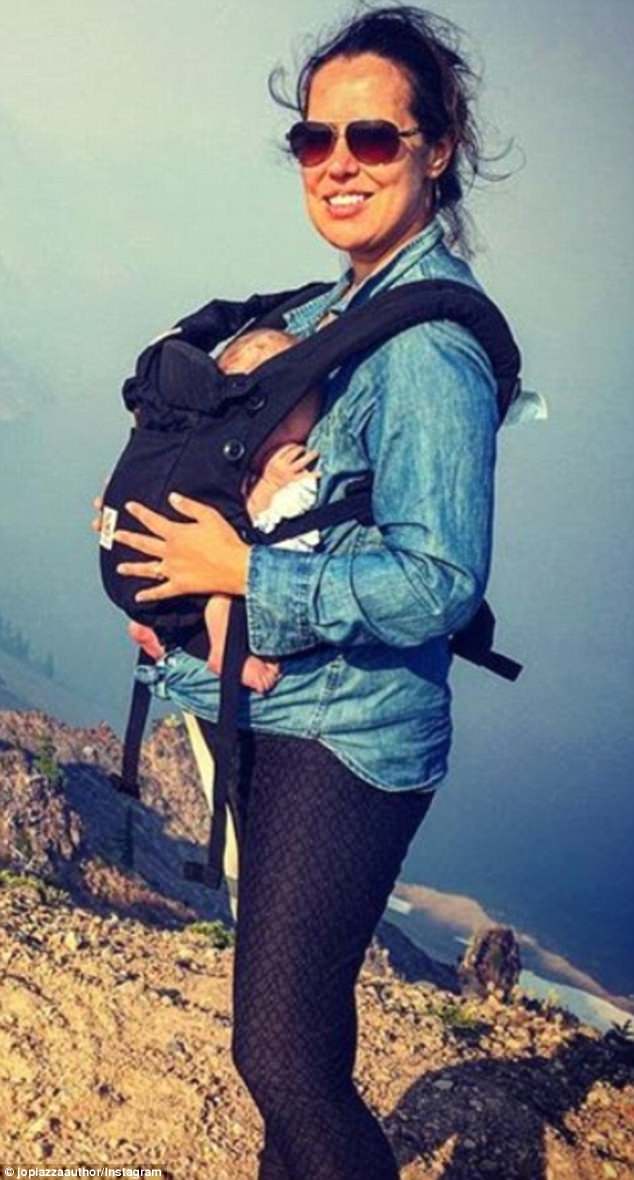 Mission: Confused about what was happening to her body, she contacted her doctor who told her these symptoms were normal despite nobody warning her about them beforehand 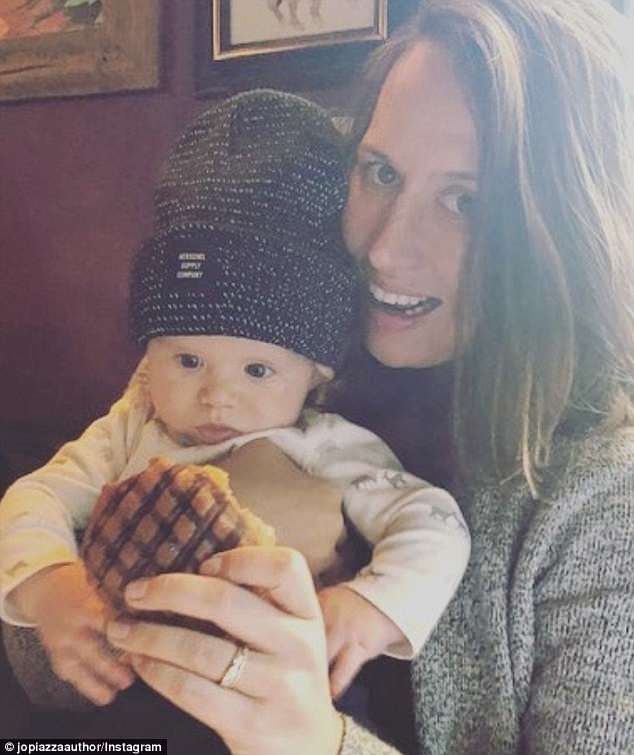 Information: After speaking to several women, Jo found that she wasn’t alone and has since been prescribed an antidepressant to help regulate her hormones

And when Jo reached out to other women who had breastfed, she found that she wasn’t alone in feeling this way.

‘One told me her body hurt so much after she weaned she thought she was dying. Her doctor essentially told her to suck it up and wait it out. Another said that nausea kept her out of work for an entire week. She couldn’t keep any food down and lost 15 pounds in two weeks,’ she shared.

Another friend named Shannon revealed that when she quit breastfeeding, she was left with feelings of nausea, insomnia and weepiness and likened the experience to the ‘hormonal roller coaster of newborn days’.

Looking for answers, Jo turned to Flynn O’Neill, a nurse practitioner who is also the co-founder of Stork Childbirth Education, an organization that provides classes for new and expecting parents.

O’Neiill explained that as most women don’t have a period while they breastfeed, as they wean and their hormones start to regulate they tend to feel better.

But she also suggested that the lack of research and information boiled down to new moms not reporting their symptoms to their doctors, and not getting a check up after the six month postpartum mark.

She also put forward the idea that many women don’t want to feel ‘mom shame’ or pressure to keep nursing.

After consulting with her general practitioner Jo was prescribed Zoloft however she hasn’t found getting an appointment with a therapist as easy.

‘Thankfully, I’ve been lucky. My anxiety dissipated as I started the drugs and got my period again. But not everyone is as lucky as I have been. I still see threads on mom groups where women talk about suffering for a year or longer after they quit breastfeeding. They have no hope that it ever will come to an end.

‘I try to write back and tell them it will. I tell them to talk to their doctor and, if that doesn’t work, to try a new physician. I offer to chat on the phone or text late at night. But unfortunately, that’s just a small fraction of the support they actually need,’ she added.